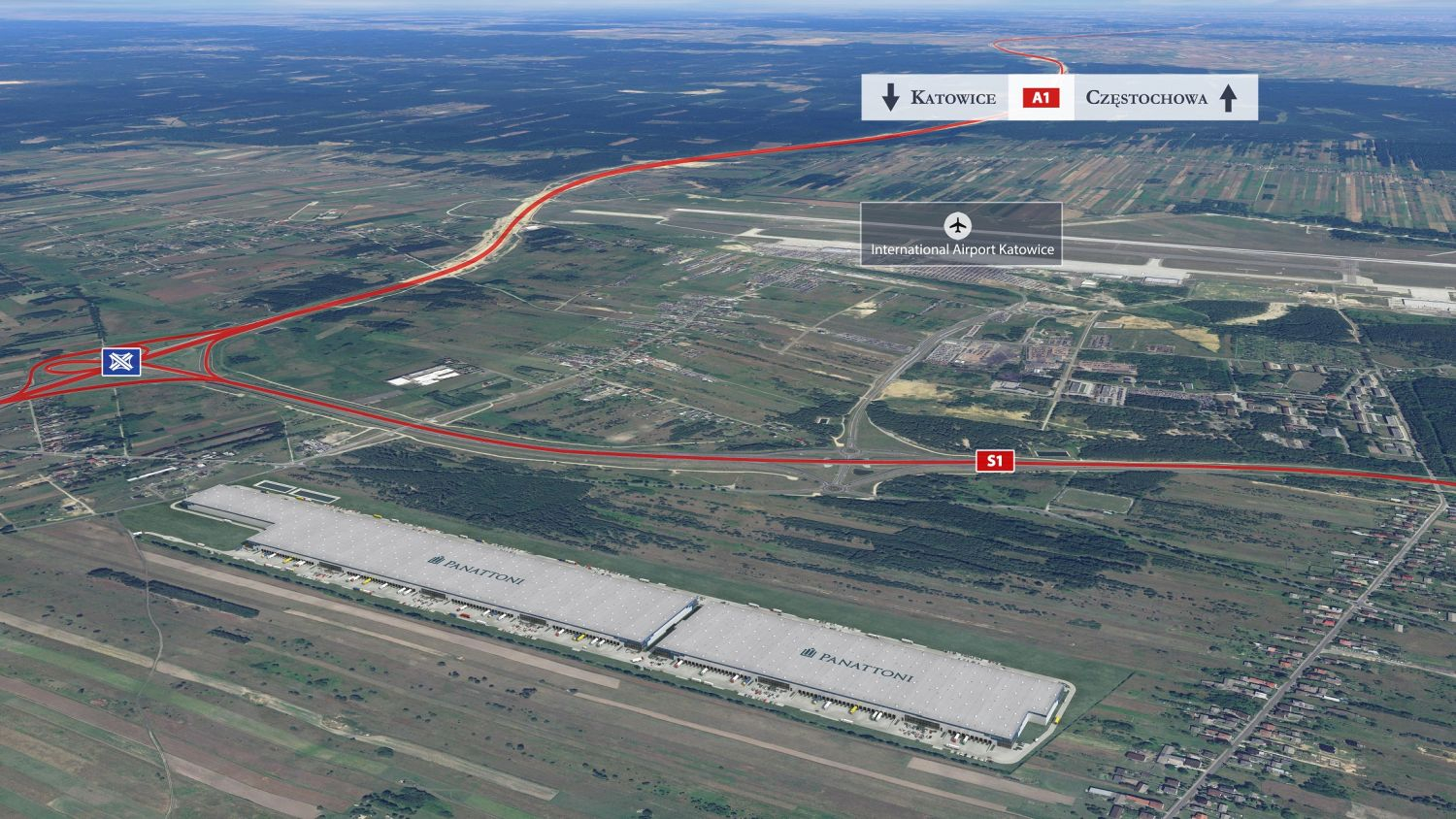 Panattoni starts another record-breaking investment, valued at €161 million (about PLN 770 million). The developer purchased nearly 45 hectares of land in October this year. Panattoni Park Katowice Airport will begin construction in the coming months, eventually reaching an area of 216,270 sqm. The investment will be built in the vicinity of the international airport, and the A1 and S1 routes.


In recent months Panattoni launched the construction of Wrocław South Logistics Hub - its largest investment in Lower Silesia with a target area of nearly a quarter of a million sqm. Now the developer has purchased 45 hectares of land and has begun construction of a record-breaking industrial complex in Upper Silesia. The investment will pass BREEAM certification at the "Excellent" level.

"Katowice Airport is the national leader in air cargo among regional airports, and this year it is recording a 50 per cent increase in cargo handled. Growing volumes combined with the potential of our facility - 299 docks, a very high level of environmental certification and proximity to key transportation corridors - give rise to the potential for a true industrial and business centre. The investment will attract representatives of many industries, especially those with international ambitions" , says Marek Dobrzycki, Managing Director of Panattoni.

Panattoni Park Katowice Airport is being built 3 km from Katowice International Airport in Pyrzowice. The facility will be located at the junction of the A1 highway - which connects the southern and northern borders of the country - with the S1 expressway, providing instant access to the border with Slovakia. The park will be located 27 km from the centre of Katowice.

The facility will be equipped with numerous sustainable technologies in the fields of energy efficiency, water consumption or CO2 emission reduction, and user well-being.

The park in the vicinity of Katowice airport will allow Panattoni to significantly exceed 2 million sqm of space delivered in the Silesian region. Among other things, the developer recently completed a 40,000 sqm logistics and printing centre for Midocean at Panattoni Park Ruda Śląska III. The developer has also delivered BTS investments with a total area of about 700,000 sqm in the Silesian region.