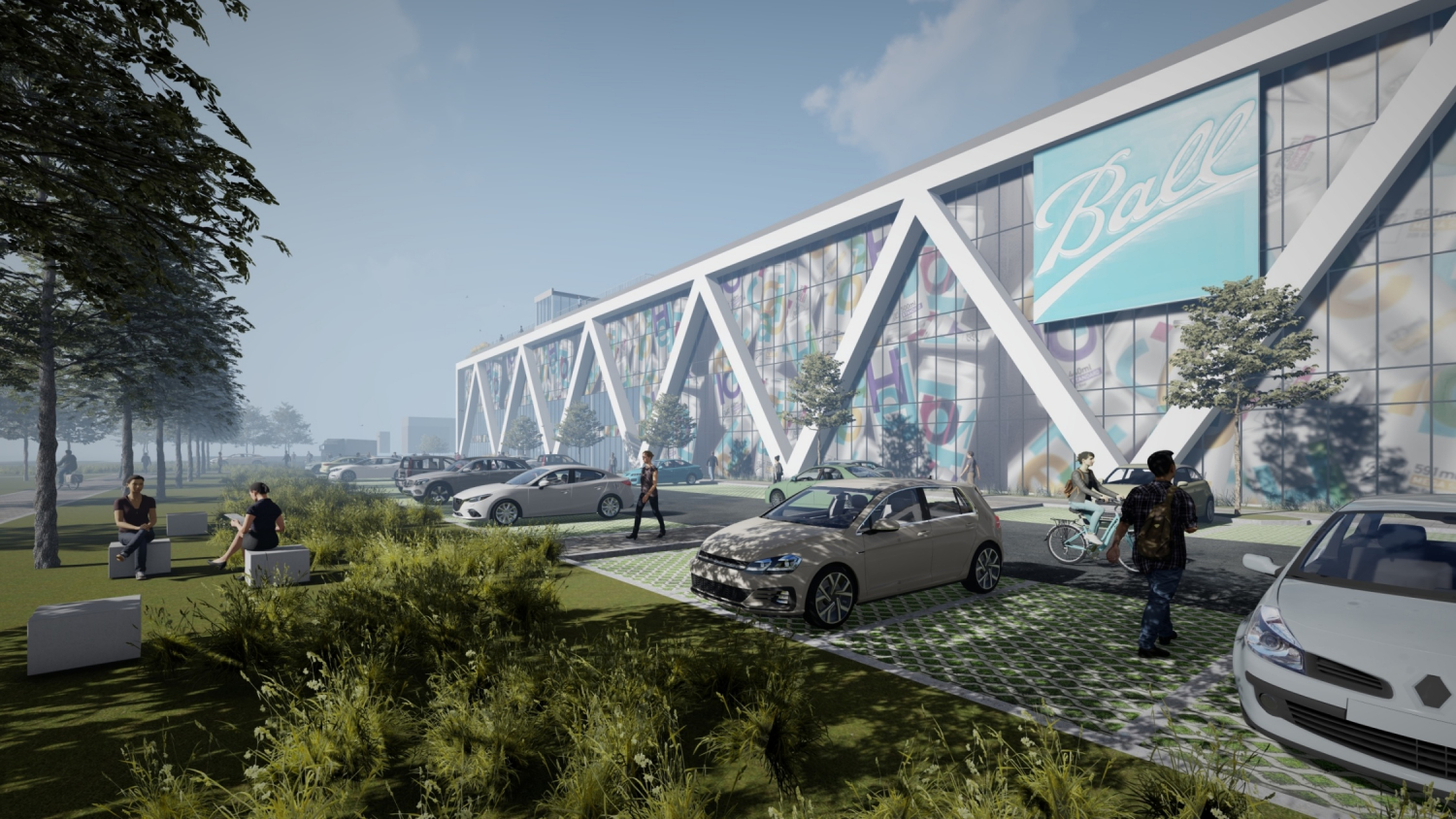 In the new Panattoni Pilsen Digital Park on Pilsen’s Bory terraces, a fully automated plant for the production of 100% recyclable beverage cans will be built in the first phase. It will be used by American company Ball, a world leader in this industry. The investment will create almost 200 new jobs for a qualified workforce. The first building will occupy a third of the planned area. Ball is also setting up its own development centre in the same location.


“The prestigious international manufacturer with branches in 120 countries around the world is a model example of the circular economy, bringing production of the end product with high added value, as well as qualified jobs and minimum traffic load. Ball’s intention seems to have been inspired by the development documents of the city and the region, whose strategy is to support projects with a high degree of automation and with their own R&D. I firmly believe that the new industrial zone will be beneficial for everyone – the investors, neighbours, city and its surroundings, as well as for the locals. The future is just around the corner, and today we have taken an important step towards it,” says Pavel Sovička, Panattoni’s Managing Director for the Czech Republic and Slovakia.

The fully automated operation will only be managed by regular employees with higher qualifications, without the use of agency workers. The traffic generated by this project will be significantly lower than originally planned, both in employee transport and in freight transport. The building will only have 6 loading docks, although the original scope of the project envisaged up to 46.

In connection with the creation of a new industrial zone in Pilsen, last December saw the Czech premiere of a mobile app that presents the planned industrial park using augmented reality.

Ball is the world’s largest manufacturer of aluminium beverage cans. It specializes in the production of infinitely recyclable packaging, which represents a prime example of the circular economy. Its customers are breweries and soft drink producers from all around the world.

Panattoni Pilsen Digital Park is designed to allow its tenants in the modern buildings to install and operate sophisticated automated equipment using state-of-the-art technology in order to minimize environmental impact. It presupposes the use of cyber-physical and robotic systems, the implementation of R&D operations and the production of end products. It also aims to create highly qualified jobs for university graduates. The large brownfield with an area of 28 hectares is currently empty. However, a good infrastructure is within reach, suitably connected to the surrounding industrial operations. The plan is in line with the current development strategy of the city of Pilsen.