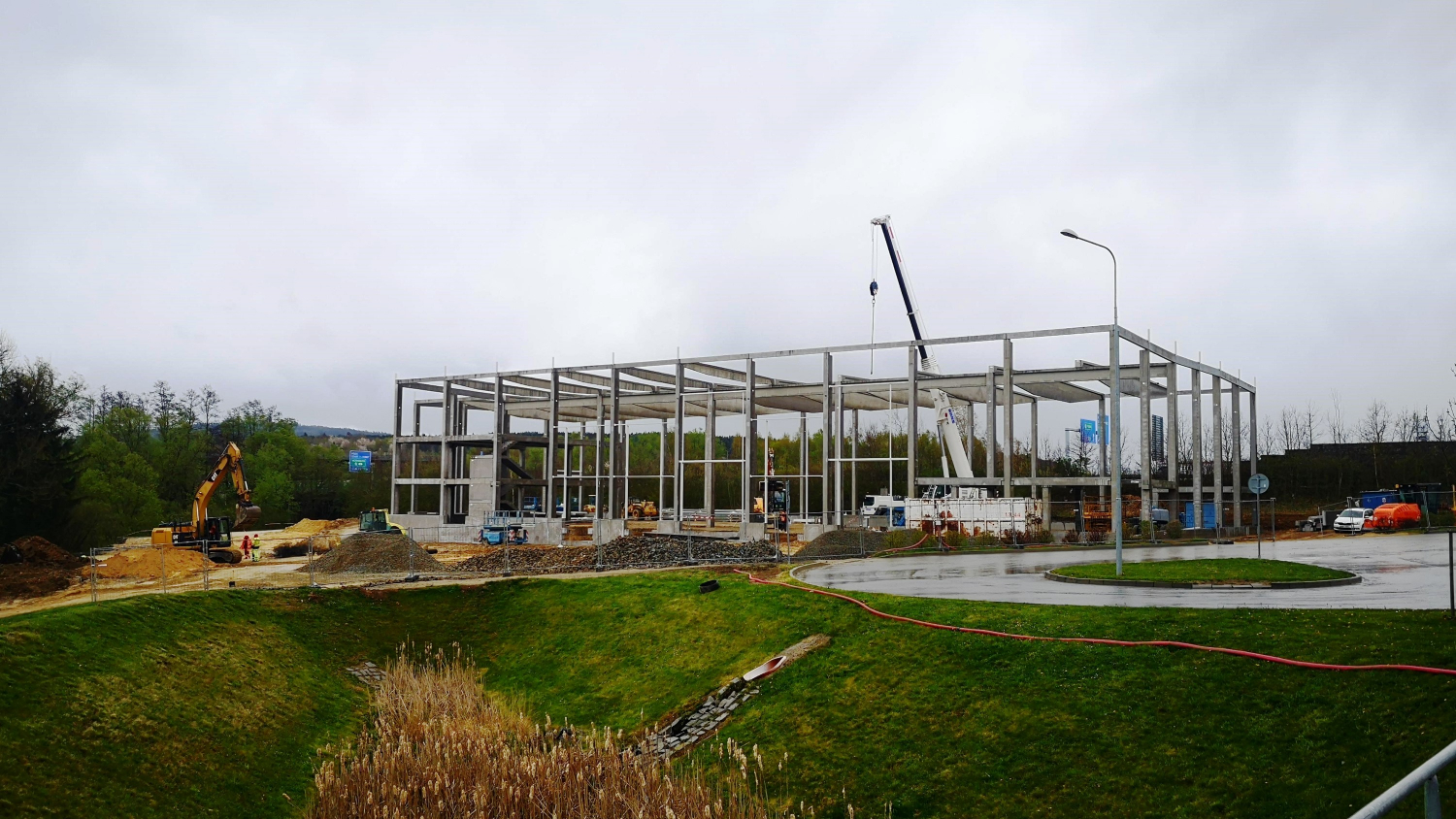 VGP has launched construction of the fifth hall in its logistic park VGP Park Pilsen, located in an industrial part of the city’s Bručná quarter. The park is adjacent to the E49 and has access to the D5 motorway. On a land of about 10 hectares, VGP offers nearly 50,000 sqm of lettable area suitable for light manufacturing, logistics and accompanying commercial activities. Tenants of the new warehouse will be DHL Express, leasing 1,113 sqm, as well as Verhoek Europe with 2,170 sqm of logistics space.


The expected date for completion of building E and its handing over for use in September of this year. The building is constructed in compliance with the Very Good rating under the BREEAM green certification.

“We always strive to choose strategic locations for our parks, and VGP Park Pilsen, situated in an important commercial and industrial part of the Pilsen region, is no exception. The location has an excellent connection to neighbouring Germany and at the same time is very well accessible by public transport from the centre of Pilsen,” comments Petr Kovařík, VGP’s commercial officer, adding that “close co‑operation with future tenants DHL Express and Verhoek Europe already in the construction phase makes it possible to build a hall that is truly ‘tailor-made’ and thus accommodating their specific needs.”

“The modernization and enlargement of service centres is in line with gradual renewal and strengthening of the DHL Express infrastructure in the Czech Republic. After constructing a new terminal in Brno at the Tuřany airport and a new branch in Karlovy Vary, as a local patriot, I am excited that a new branch will now be coming to Pilsen. It is a strategic location in VGP Park, and I believe that it will bring further benefits to our customers and a possibility for comfortable dispatch of a greater number of parcels and extension of our services by several dozen minutes a day,” remarks Luděk Drnec, General Director of DHL Express (Czech Republic).

VGP Park Pilsen is located on the southern edge of the West Bohemian metropolis, not far from the Olympia Pilsen shopping mall and entertainment centre. Among its current tenants are companies and employers from the entire Pilsen region, such as Faiveley Transport Czech, Assa Abloy ES Production, Transtechnik CS, Excell Czech, and Copo Téxtil Portugal.