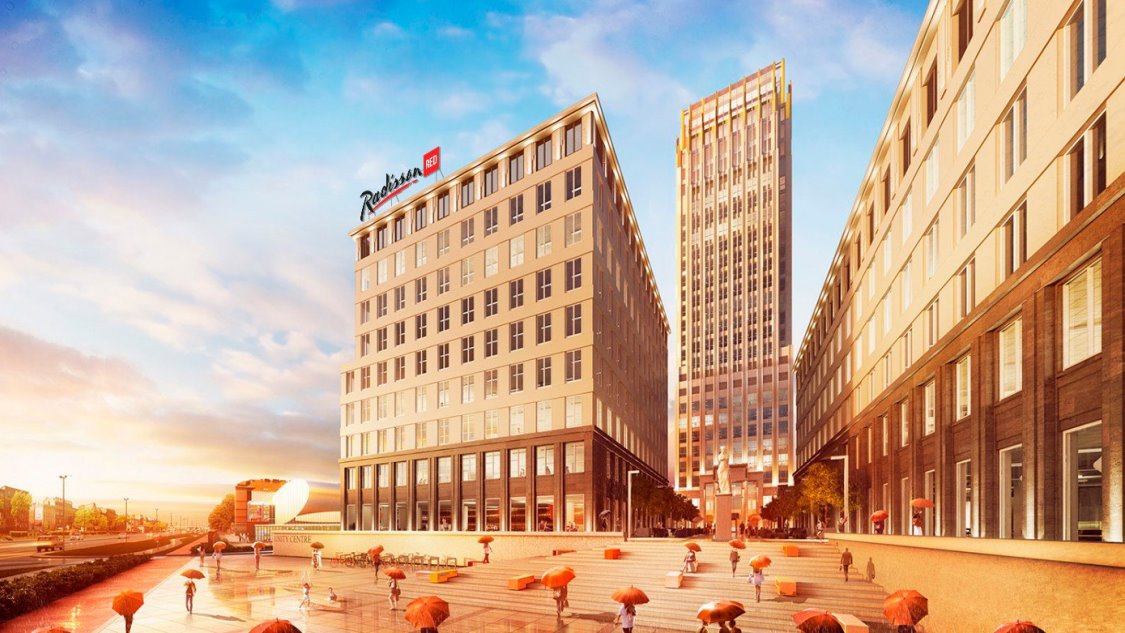 Radisson RED is Carlson Rezidor’s new lifestyle select brand. The world’s very first Radisson RED hotel opened its doors in Brussels in April 2016, in Minneapolis in November 2016 and the brand plans to have 60 hotels operating globally by 2020. The newly built Radisson RED Krakow is expected to be completed by fall 2019 and will feature 230 rooms, signature restaurant and bar concept, meeting space and 24/7 fitness centre. The property will be an integral part of the development of the largest high-rise building in Krakow’s, Unity Centre, within walking distance to the central train station and Cracow University of Economics. The project is developed by Treimorfa Project, a joint venture entity of Eurozone Equity Company and GD&K Group.
The Radisson RED Krakow will be managed and operated by The Rezidor Hotel Group. This property is the 8th Radisson RED under construction in EMEA.