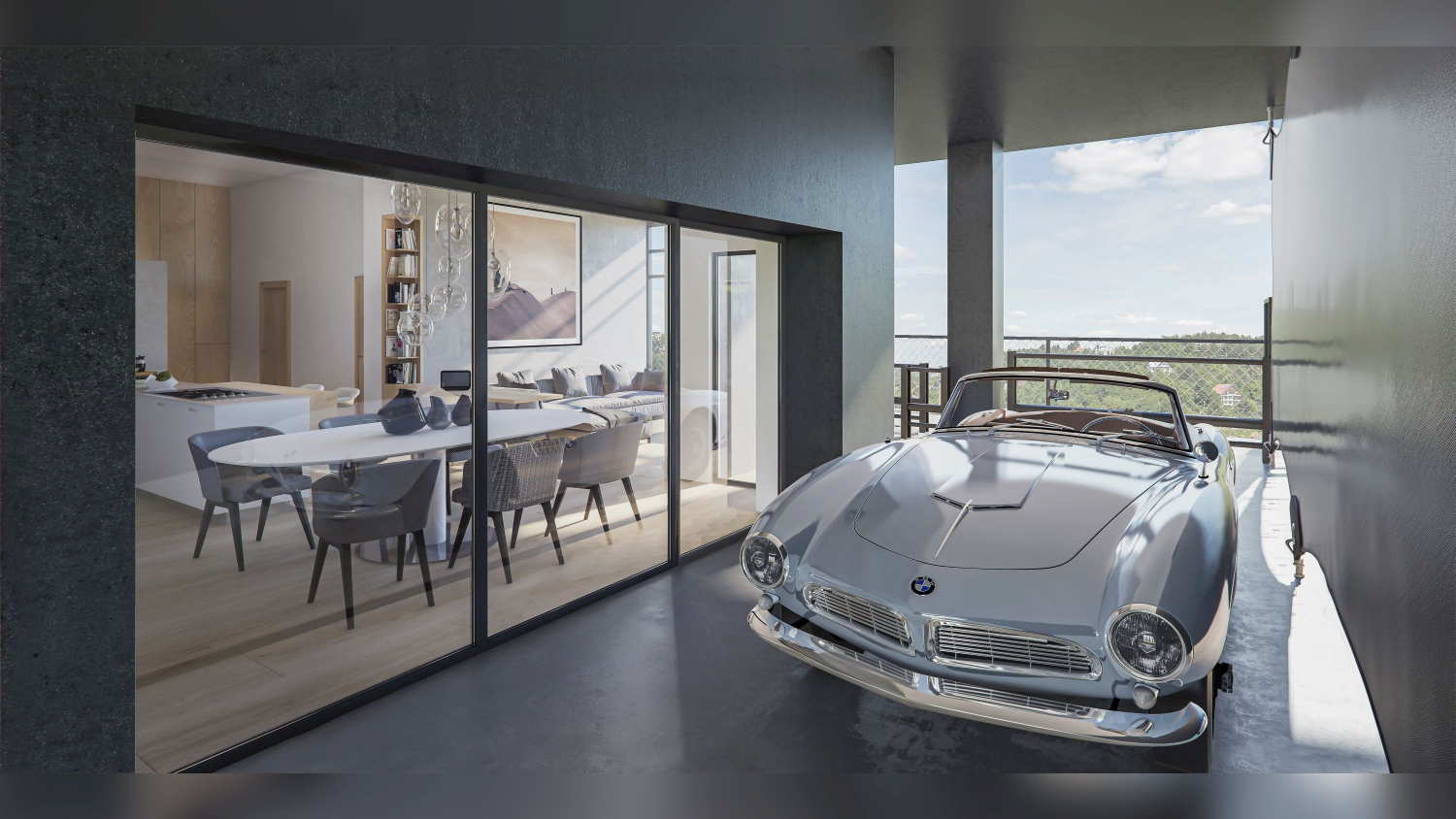 Another residential project worth more than a billion crowns (€41 million) is being completed in Prague. This time PSN is building 150 luxury lofts in the former Microna aerospace factory in Prague's Modřany district. The Vanguard project is expected to be completed next year, PSN CEO Max Skala said.


The redevelopment of the former Microna factory in Prague, where aircraft instruments were manufactured in the past, is well-advanced. Now, instead of industrial production, there are luxury lofts in industrial style there. PSN is building a total of 150 of them there, ranging from the smallest ones of 40 sqm to the largest, 700 sqm multi-storey penthouses. Most of them will be completed and fully equipped next year. However, the first owners who have chosen to buy the shell & core units and want to build their new home as they wish have already started to take possession of the apartments, according to PSN managing director Max Skala. So far, he said, about 16 of them are about to make their own modifications.

The 14-storey, 16,000 sqm Vanguard building in Prague's Modřany district has a reinforced concrete skeleton with superior strength because it had to be built as a bunker due to its focus on military supplies. A large amount of concrete and iron was used in the construction and the individual walls and ceilings can therefore withstand extreme loads. This allowed the architects to design a special car elevator in the middle of the building, enabling the owner to park a luxury car or vintage car right at the apartment door even on the upper floors of the building.

Services and facilities for loft owners should include a reception with concierge service, roof terraces with barbecue areas and sauna, a basement fitness room or even a cinema room. A 20-metre swimming pool with wellness facilities is currently being completed in the former bunker in the basement of the building. The revitalisation of Modřany's landmark Vanguard is being carried out by architect Petr Drexler, ID_arch studio and Ivanka Kowalski and OOOOX studio of Radka and Jakub Val.