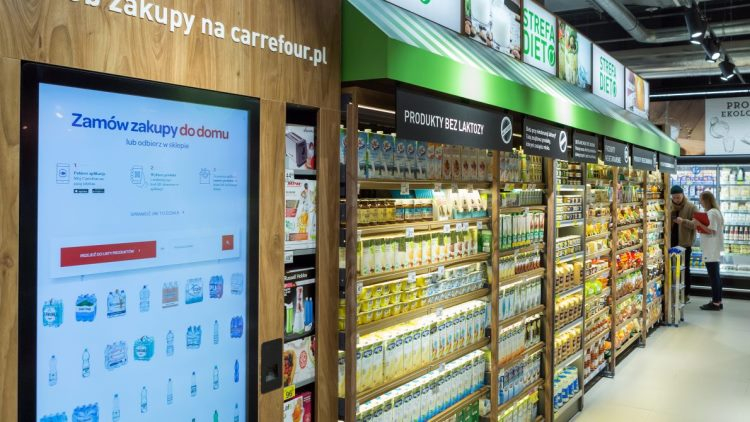 Panattoni Europe has laid the cornerstone for the largest logistics centre of Carrefour Poland in the country. It is going to be a BTS facility featuring in excess of 63,600 sqm. The project will be delivered in Central Poland in Rawa Mazowiecka. Completion of construction works is anticipated towards the end of 2019.


The developer has been selected for the second time running by Carrefour Poland, an omnichannel multi-format retail chain, to deliver modern warehouse space. The facility with more than 63,600 sqm is being built on a site exceeding 20 hectares in Rawa Mazowiecka. The warehouse section will take up 61,500 sqm and will be divided into several zones, including temperature-controlled zones. Offices and staff facilities have been laid out on 2100 sqm. The investment in Rawa Mazowiecka will be the third distribution centre in the current supply chain of Carrefour Poland, from which all stationary network formats in Central and Eastern Poland will be operated by ID Logistics. The final completion of the facility is planned for Q4 2019, with early access granted to the tenant already in September. The lease has been signed for 10 years.

The distribution centre for Carrefour Poland in Rawa Mazowiecka is already the second project implemented for the tenant. Its predecessor, with close to 38,200 sqm, was delivered in 2016/2017 in Bydgoszcz.

The new investment for Carrefour Poland will be built in Central Poland near Rawa Mazowiecka. The facility itself will be right next to the S8 expressway, running from Wrocław to Białystok, and 100km from the intersection of the A1 and A2 motorways. The location halfway between Łódź and Warsaw, with access to major thoroughfares, will enable the tenant to fully reach the strategic targets in serving its markets – Central and Eastern Poland.