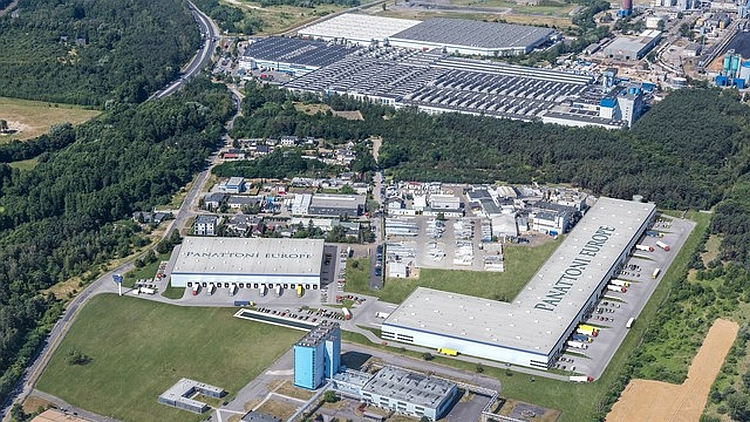 Panattoni is to build a warehouse and production centre for OneDayMore in Poznań. The producer of muesli, porridge and other similar food products and snacks will occupy more than 8,600 sqm in the new urban logistics park in Poznań, where it intends to start a new production line – vegetable-based meat substitutes.


The facility is to come into use in the third quarter of 2021. City Logistics Poznan I will eventually consist of two halls with a total area of 32,200 sqm.

City Logistics Poznan I is to be the first urban warehousing park built by Panattoni in Poznań. It is to be situated in the north-eastern part of the city, alongside national road 92, which connects Warsaw with the German border, while Poznań city centre is just 8 km away. This location has already attracted the first tenant of the park, OneDayMore – a producer of health foods, including breakfast cereals and snacks. The company has leased 8,600 sqm in the first building, which will comprise both a warehouse (4,300 sqm), a production hall (3,400 sqm) and an office zone (875 sqm). The facility will be specially designed for the production of food and its storage. Among many other features, it will include temperature-controlled surfaces, while also meeting high level HACCP requirements.

“After Warsaw, Łódź, Wrocław and Kraków, the time has come for Poznań. This is our first urban warehouse park in Poznań, an affluent market where the number of inhabitants exceeds 530,000. So it is naturally of interest to companies that – as e-commerce continues its rapid growth - want to shorten as much as possible the distance to their end-customers. But that is not the only advantage it has. With its road infrastructure, Poznań also offers excellent connections with the rest of Poland and is attractive for companies engaged in trade with Western European countries, especially Germany,” says Katarzyna Kujawiak, the Development Director of Panattoni.

City Logistics Poznan I is to comprise two halls with a total area of 32,200 sqm. The first of these, a BTS project, will be entirely occupied by OneDayMore. The other – with an area of 21,600 sqm – is to be a modern class-A building offering flexibly arranged individual warehousing units. The smallest of the modules are to be 1,100 sqm, suitable for the requirements of clients from a wide variety of industries. Both halls are to be BREEAM certified at the ‘Very Good’ level.

City Logistics Poznan I is to be situated in the north-eastern part of Poznań, on ul. Janikowska, just off national road No. 92, which connects Warsaw (307 km away) with the German border (190 km away). The park is only 15 km from the ‘Krzesiny’ junction of the A2 motorway, while the S11 expressway is also not far away. The city’s Ławica Airport is also 15 km away, while the park is just 8 km from Poznań city centre.