Liebrecht & wooD to build another mixed-use project in Warsaw 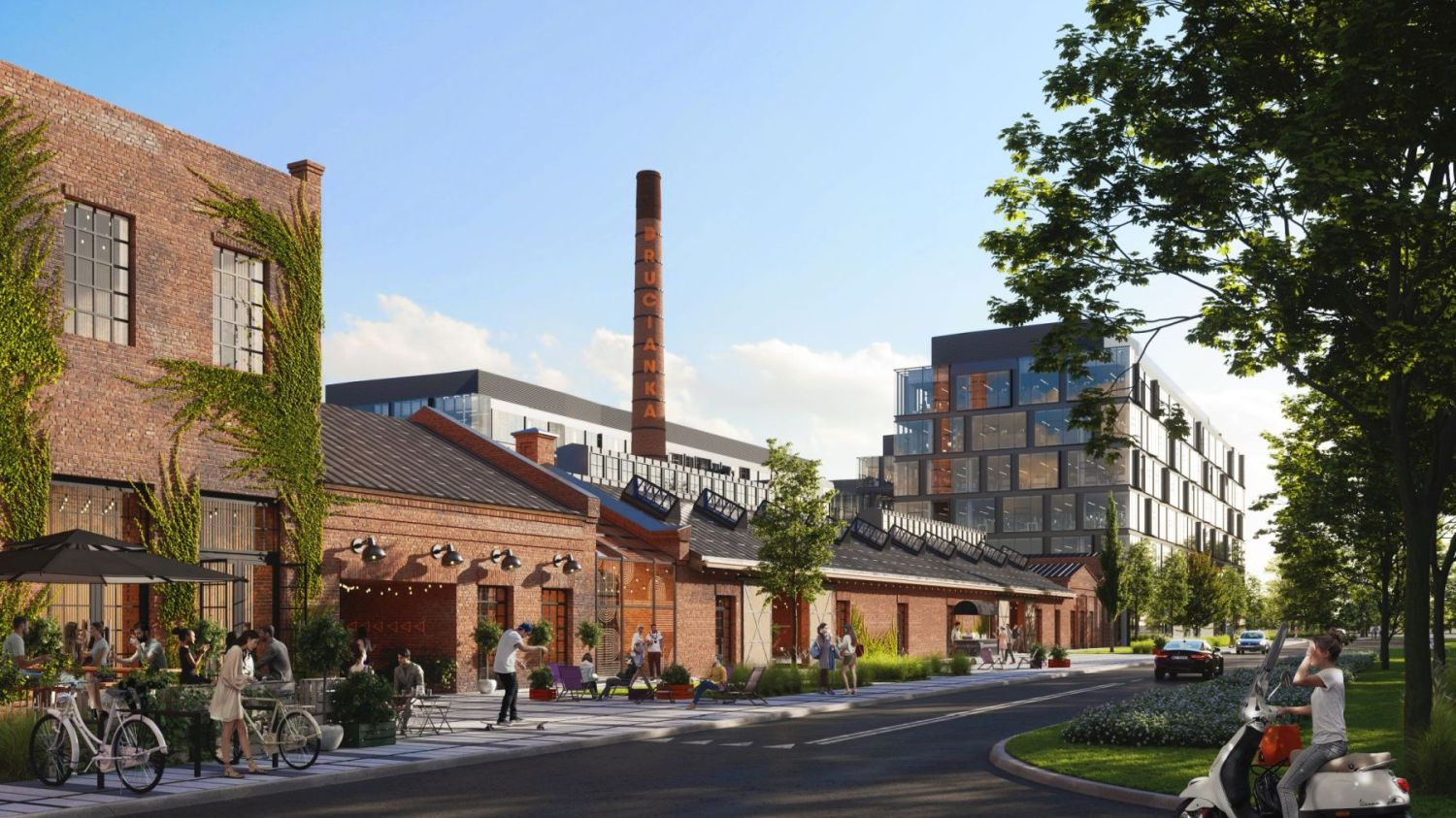 Liebrecht & wooD has started preparations for its latest project in Warsaw’s Praga-Północ district. Drucianka Campus will be developed as part of the revitalization of Drucianka (the Warsaw Wire, Pin and Nail Factory), which will be a large-scale mixed-use complex, offering 42,000 sqm of office space and more than 7,500 sqm of additional space for retail, services and events.


The development will be built on the site of the former Warsaw Wire, Pin and Nail Factory (Drucianka), also known as the Belgian Wire Factory in Warsaw. This industrial complex was designed in 1899 by a prominent Polish architect, Kazimierz Loewe, and operated under various names for 101 years until 2000. The existing site forms a compact complex of one- and two-storey factory buildings from the early 20th century, listed in the landmarks register. The most valuable buildings of the historic complex are examples of industrial architecture using brick architectural detailing drawn from neo-Gothic forms.

Magdalena Bartkiewicz-Podoba, CEO of Liebrecht & wooD in Poland, said: “The industrial character of Warsaw’s Praga district offers great potential for creating exceptional places. This is where we are going to develop our next revitalization project – Drucianka Campus. The commercial success of Centrum Praskie Koneser demonstrates that it is a destination often chosen by Polish and international companies looking for an original and friendly office space that would stimulate the creativity, talent development, and integration of their employees. The experience of the pandemic has shown that business thrives most in office spaces that not only provide a place to work, but also take into account other needs of the employees. Drucianka Campus is a mixed-use new-generation project. It offers not only a modern Class A office space complemented by commercial and service functions but also addresses the well-being and better quality of life of the entire community centred around it, including the community of adjacent residential projects. Historic buildings are going to be restored and accompanied by modern, light architecture, and the entire factory site is going to be transformed into a visually appealing space with a great deal of greenery and places to relax. Life will bust here both during and after working hours.”

The factory complex will undergo a spectacular revitalization. It will have BREEAM certificate at the Outstanding level. The development will consist of three six-storey office buildings with a total area of 42,000 sqm and the buildings of the historic factory adapted to new functions. The site will be filled with green public spaces of squares and pedestrian routes, which, in combination with the service functions, will enable the use of restaurant gardens, active leisure, recreation, and the organisation of open-air events.

The Drucianka factory is on ul. Kijowska (on the Świętokrzyska Route) in Warsaw’s Praga-Północ district. Its close proximity to a key transport hub, the Warsaw East Railway Station, provides quick access to public transport: rail, tram and bus lines, and soon the third metro line.

Preparations for revitalization and construction have now begun on the site of the former Warsaw Wire, Pin and Nail Factory, including works to secure the historic buildings and to clean and recover the bricks. The construction of the diaphragm wall of the underground car park is also about to begin as well as soil works.  Drucianka Campus will take around two and half years to complete, with a total project cost of almost €150 million.