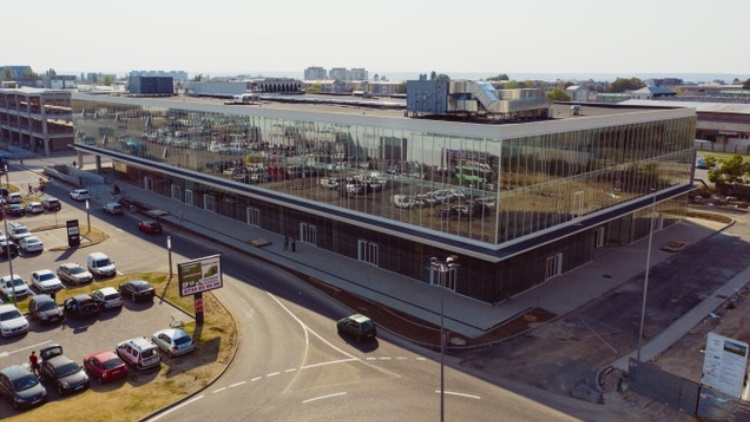 French real estate group Catinvest has opened the first Class A office building in Craiova, Romania. The new offices of Electroputere Parc are part of the mixed-use building covering 12,300 sqm that has been completed this year and another similar building with 12,700 sqm is set to be completed in Q2 2021. The total investment cost amounts to €39 million.


The completion of the new building adds 4,300 sqm of commercial space and 8,000 sqm of office space, alongside 650 new underground parking spaces, to the Electroputere Parc complex. The retail component is already occupied by brands like Hervis, Volvo, Pepco, Takko and Sportissimo, as well as several coffee shops and restaurants. The Class A office building is also almost fully leased. The largest tenant, covering 60% of GLA, is HELLA, the leading automotive supplier specialized in innovative lighting systems and vehicle electronics.

“This extension is just another step of Catinvest’s plans for Electroputere Parc. It shows our strong commitment to developing Craiova and the region. Electroputere Parc is already a regional power zone, extremely well-positioned within the city and very accessible, offering citizens access to more than 200 top brands of retail and entertainment covering a total of 90.000 square meters. The addition of the first Class A offices in Craiova will obviously bring more value to the local economy”, said Jibril Semour, General Manager of Catinvest Eastern Europe.

Construction works for a new 12,700 sqm building within Electroputere Parc are currently underway with completion planned for Q2 2021. After the inauguration of this second building, the total gross leasable area of the new complex will increase to 25,000 sqm – 9,000 sqm for retail and entertainment and 16,000 sqm for offices.

“Our investment plan for 2021 and 2022 amounts to another €58.5 million euros leading to additional retail, offices and other services such as co-working spaces and aparthotels, all contributing to the development of the region”, said Bertrand Catteau, President of Catinvest Group.

Catinvest, which owns and manages Electroputere Parc, also owns and manages several other shopping centres in Romania – Carrefour Orhideea and Cora Pantelimon in Bucharest and Carrefour TOM in Constanta – as well as in Central Europe – Auchan Savoya Park in Budapest, Hungary and Tesco Borska Pole in Plzen, Czech Republic.