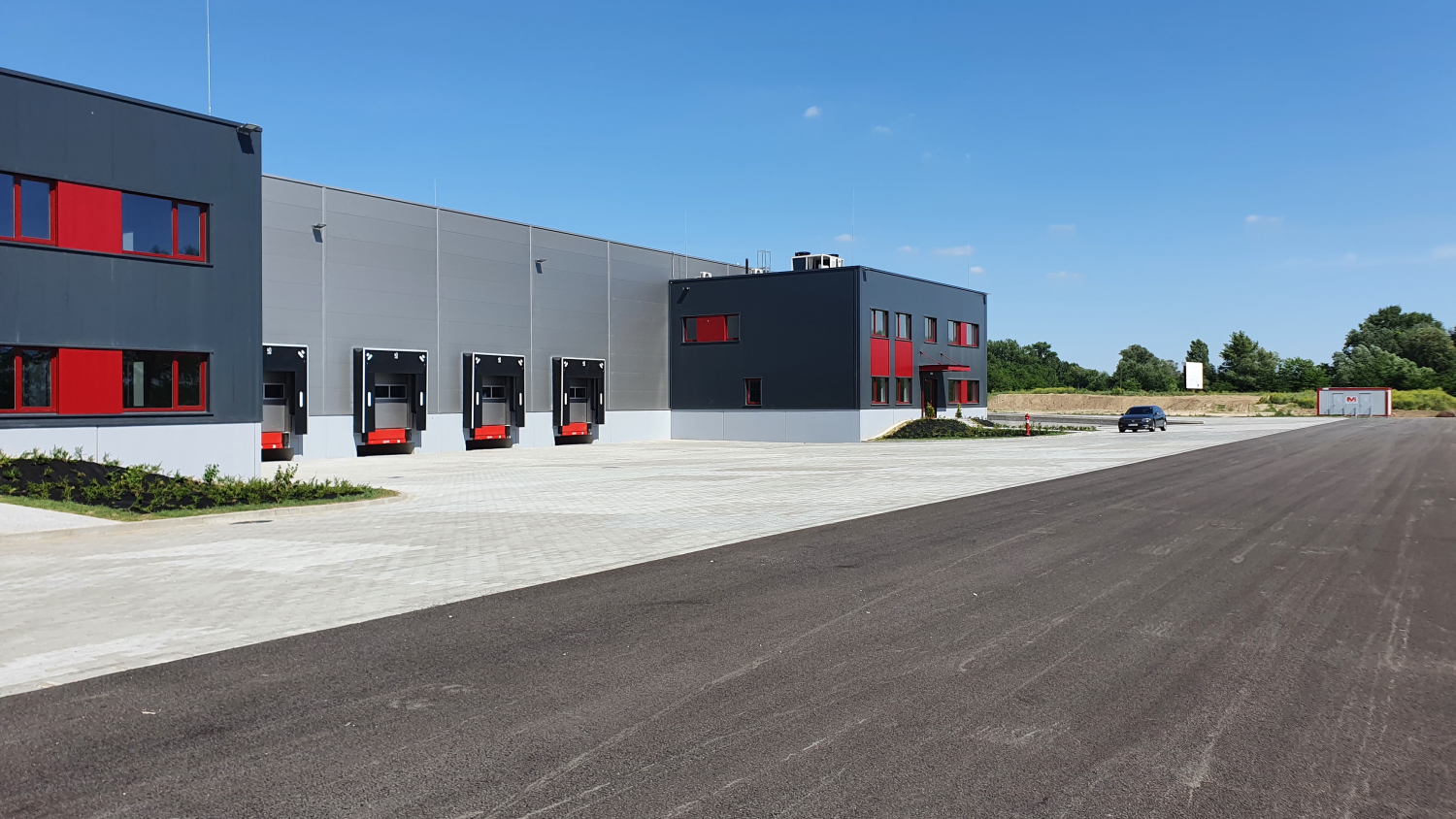 Wing launched the development of Hall D3 in East Gate Business Park to respond to distinct market needs reflecting increasing demand and increasing interest in the park. The hall, with a total area of over 9,000 sqm nearly 20% of which is office space, has now reached a 100% occupancy rate. This speculative investment project caters to tenants with production, manufacturing and complex, special warehousing needs.


Several international corporations have their Hungarian or regional centre in East Gate Industrial Park, and 5 of the 50 largest Hungarian companies also have facilities here. Currently, the whole area of the new hall is leased by two companies. A German company manufacturing kitchen worktops and splashbacks, and one of Hungary’s leading facility management companies providing building operation, cleaning and gardening services now have their offices here.

Hall D3 has a ceiling height suitable for production areas. It is classified as a building suitable for moderate risk fire safety – unlike typical halls that are suitable only for low risk – and has both loading docks and drive-in gates. Offices take up approximately 20% of the area, which is higher than what is typical for halls on the market built without concluding a lease agreement first, and in the planning phase, the developer considered the optimal arrangement of service functions associated with special warehousing needs.  The office unit protrudes from the façade of the building, so offices, showrooms and test areas get natural light from 3 directions.

“With the development of Hall D3 in East Gate Business Park, we wanted to achieve a balance between the production and service functions in the park. Monitoring the needs of the tenants is a priority for Wing, and this led to the development of the new hall, which is different from standard halls, with a higher than average proportion of office space. The long-term lease agreements we concluded for the whole area of the hall prove that we did indeed identify a real need,” said Zsófia Korda, Sales Director for Industrial Developments at Wing. She added: “Increasing turnover in the Hungarian retail sector has generated new warehousing and logistics demand, with a distinct spike in the industrial segment this year. This has been even more defining in terms of the market in 2021 than in years past. We started the expansion of East Gate Business Park under the name EAST GATE PRO in response to this market situation.”

The first two halls of East Gate PRO, announced by Wing in July 2021, will have an area of over 20,000 sqm and are scheduled to be completed in H2 2022, and 4 additional halls are planned on the site. Future occupants have flexibility when selecting a hall type and size, which allows for customized arrangements in the buildings. Another advantage is that the new halls, due to their structural properties and technology solutions, will provide a minimum temperature of 16 C, as compared to current warehouses with a minimum temperature of 12 C, resulting in lower heating costs.

East Gate Business Park is situated at the junction of the M0 and M3 motorways. The construction project is financed by UniCredit Bank.