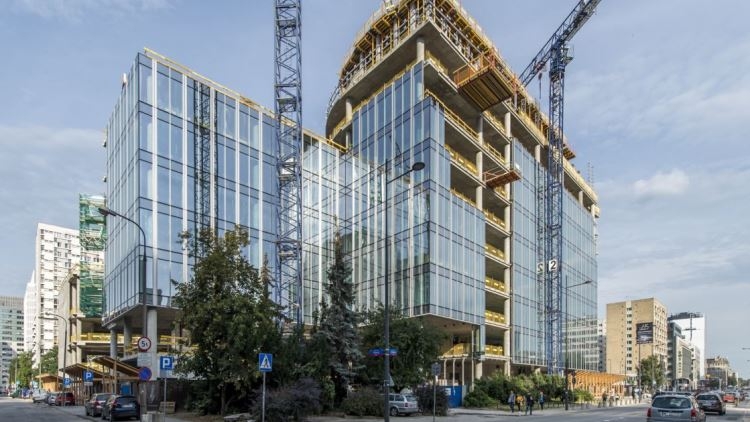 WeWork, flexible workspace provider, has become the sole tenant of office space in the Western Building of the Mennica Legacy Tower, a modern office complex being built by Golub GetHouse and Mennica Polska S.A. at the junction of Prosta and Żelazna streets in Warsaw.

WeWork, the space and services provider, was founded in 2010 in New York by Adam Neumann and Miguel McKelvey. The company currently employs over 5,000 staff worldwide. Its members include both small to medium-sized companies, as well as larger corporations such as IBM and HSBC. WeWork currently has over 253,000 members using over 280 locations worldwide, from Los Angeles to Jakarta. WeWork’s mission is to help create a world where people work to make a life, not just a living.
Mikhail Konoplev, General Manager WeWork Central and Eastern Europe, commented: “Taking space at a location like Mennica Legacy Tower proves our dedication and commitment to this city, and we're so excited to be opening here. 45 percent of WeWork member companies say that WeWork helped accelerate their growth, and one of the driving factors of this is the location of our spaces. We look forward to welcoming members to this new building and continuing to grow our community in Warsaw.”
The tenant was represented in the negotiations by Cushman & Wakefield and DLA Piper. The Golub GetHouse was advised by Colliers International and Greenberg Traurig LLP.
The Mennica Legacy Tower was designed by the renowned Chicago-based architecture firm Goettsch Partners, which decided to work with the well-established design consultants Epstein. Apart from WeWork, the tenants at the office complex also include the well-known law firm Allen & Overy, which will be located on the 17th and 18th floors of the tower.
The Mennica Legacy Tower will feature advanced technological systems increasing the continuity and reliability of the buildings’ systems as well as improving the security of tenants. The entire project will be completed in line with the demanding requirements of the BREAAM international certificate with an “Outstanding” rating. The entire complex will open in autumn 2019.