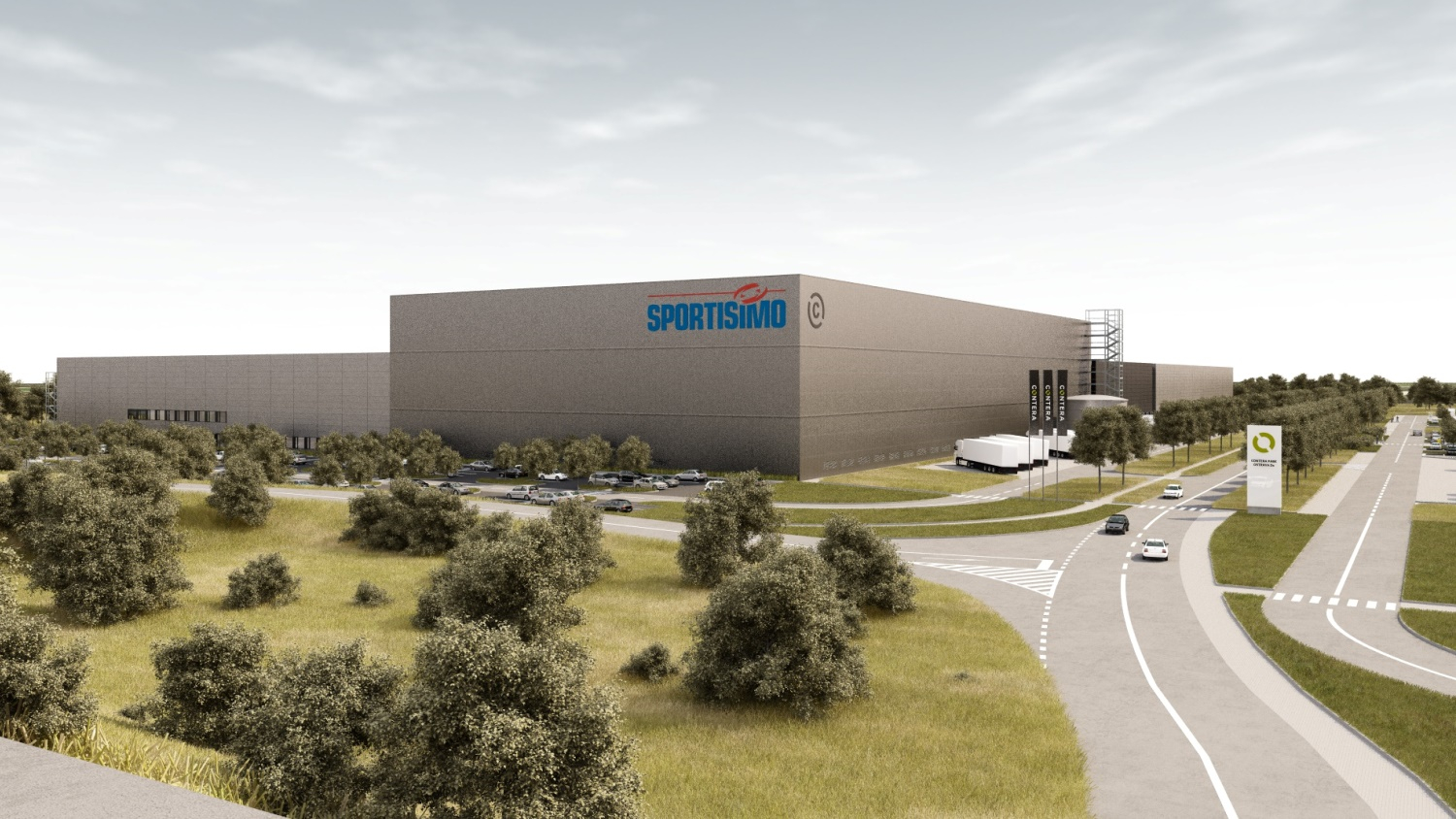 Colliers recently secured the largest agent-involved transaction in the history of the Czech industrial market. Senior Associate Lukáš Svobodník brought Sportisimo to Hrušov in Ostrava, where Contera began construction of a logistics complex for the sporting goods retailer. This new distribution centre of the Czech company will offer jobs to 700 people. The 90,000 sqm hall, with a clear height of up to 25 meters, a rare feature in the Czech Republic, is now one of the country’s biggest logistics halls.


The long-prepared project on a former brownfield that had not been used for years and was becoming a wasteland has now come to life with the construction launch of Contera Park Ostrava D1. The contract between the developer and the retailer, who will relocate its logistics headquarters to a hall with an area of 90,000 sqm, is historically the largest transaction on the Czech industrial real estate market mediated by a real estate consultant. This record-breaking transaction confirms the rising demand in the industrial and logistics sector in the entire EMEA region, including the Czech Republic.

"I am very glad that I can personally monitor and control the ongoing construction of a new warehouse equipped with modern technologies in Ostrava Hrušov, a location close to my own home. The whole building is being developed on a revitalized brownfield and breathes new life into this place. The distribution centre will also offer employment to hundreds of workers. This project proves that Ostrava and the Moravian-Silesian Region as a whole is currently a very attractive location within the industrial market and offers a wide range of industrial areas suitable for production, logistics, distribution or R&D,” Lukáš Svobodník, Senior Associate in the Industrial Department of Colliers Czech Republic, who brokered the deal, said.

In the process of the transaction, Lukáš, supported by his colleague, Miroslav Kotek, Senior Associate at Colliers, took care of the financial and technical analysis of the market and its overview and subsequent elaboration of a suitable strategy. He conducted several discussions with candidates for solution providers and then evaluated the pros and cons of all proposals.

After its completion in summer 2022, the first hall of the project will be one of the largest in the country. The hall, with a built-up area of approximately 90,000 sqm will, thanks to a five-storey mezzanine, boast a usable area of approximately 140,000 sqm. In addition to modern robotic systems, the speciality of the hall is the above-standard clear height of a part of the hall, the so-called "High Bay", which will reach up to 25 meters.

Contera will also carry out other requirements of the retailer’s operation, which plans to employ almost 700 people at its headquarters. The part of the hall where the five-storey mezzanine will be located will be air-conditioned, which is unique due to the cost of operation of similar buildings. Staff will have a modern dining room and changing rooms. The modern hall has a completely new solution at its disposal, adapted to the introduced new logistics and distribution technologies and a high degree of automation. There are also office spaces.

The premises will be controlled by modern software which will reduce operating costs and speed up and improve the delivery of goods to stores and customers. Out of Ostrava, Sportisimo will serve stores and e-shops all over the Czech Republic and the surrounding countries of Central and Eastern Europe.

The surface works on the brownfield began in the spring of 2020. More industrial halls and a technology centre should also be a part of Contera Park Ostrava D1. Sportisimo plans to move into the first part of the building in January 2022, while the entire hall will be available about half a year later.

The city of Ostrava expects the planned project to revive Hrušov and make the region more attractive in the long run.