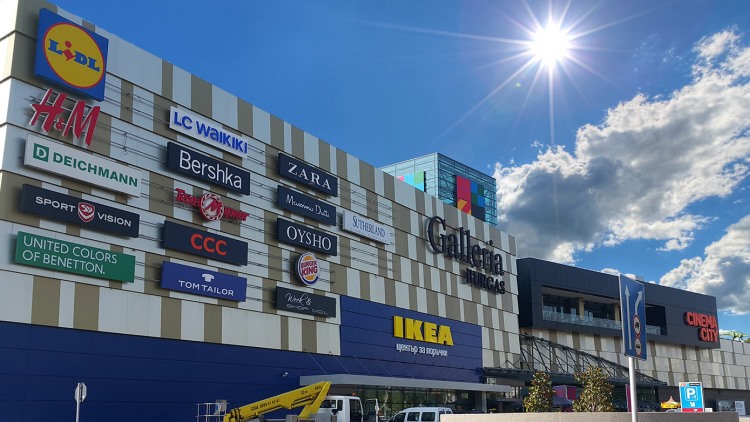 MAS Real Estate, a commercial property investor, developer and operator listed in both Johannesburg and Luxembourg, announced the acquisition of two shopping malls in Bulgaria, for €62 million. The malls have been acquired from Globe Trade Centre and the European Bank for Reconstruction and Development. The Galleria Burgas Mall and the Galleria Stara Zagora Mall and are located in the Bulgarian cities of Burgas and Stara Zagora, respectively.

“This transaction is in line with our plans to expand into markets with growing economies across Central and Eastern Europe by acquiring accretive income-generating assets with real upside potential through our joint venture with Prime Kapital. The transaction increases our income-generating property portfolio by 15,3% from €406.4 million to €468.4 million,” says Lukas Nakos, CEO of MAS.
Galleria Burgas is the dominant shopping centre in Burgas, the 4th largest Bulgarian city with a population of 200,000. The mall benefits from a total catchment area of approximately 480,000 people within 60 minutes’ drive, as well as a significant number of tourists during the summer holiday season, the city being in the vicinity of the most popular Black Sea resorts on the Bulgarian coast.

Galleria Stara Zagora is the dominant shopping centre in Stara Zagora, the 6th largest Bulgarian city. The mall benefits from a total catchment of approximately 400,000 people within 45 minutes’ drive. The tenant mix is focused primarily on fashion and entertainment and consists of 71 tenants (which includes brands such as Bershka, Cinema City, CCC, Deichmann, DM, H&M, Intersport, Kenvelo, LC Waikiki, New Yorker, Nike, Pull&Bear and Stradivarius).
“Galleria Stara Zagora is in need of refurbishment and offers value enhancing opportunities through operational streamlining and commercial layout improvement. With our asset management expertise we have formulated an approach to improve the operational capacity of the mall with the intention to enhance the net income earned from the asset,” says Nakos.
MAS Real Estate Inc. is a commercial property investor, developer and operator that is listed on the main board of the Johannesburg Stock Exchange and the Euro-MTF market of the Bourse de Luxembourg. MAS has a strategic alliance with Prime Kapital, led by Martin Slabbert and Victor Semionov, former directors of JSE-listed New Europe Property Investments (NEPI).
MAS' effective economic interest in the acquisition is the equivalent of an 80% direct participation in the performance of the malls and a 20% participation at the weighted average cost of funding achieved by the acquisition in line with the previously announced co-investment agreement with Prime Kapital.