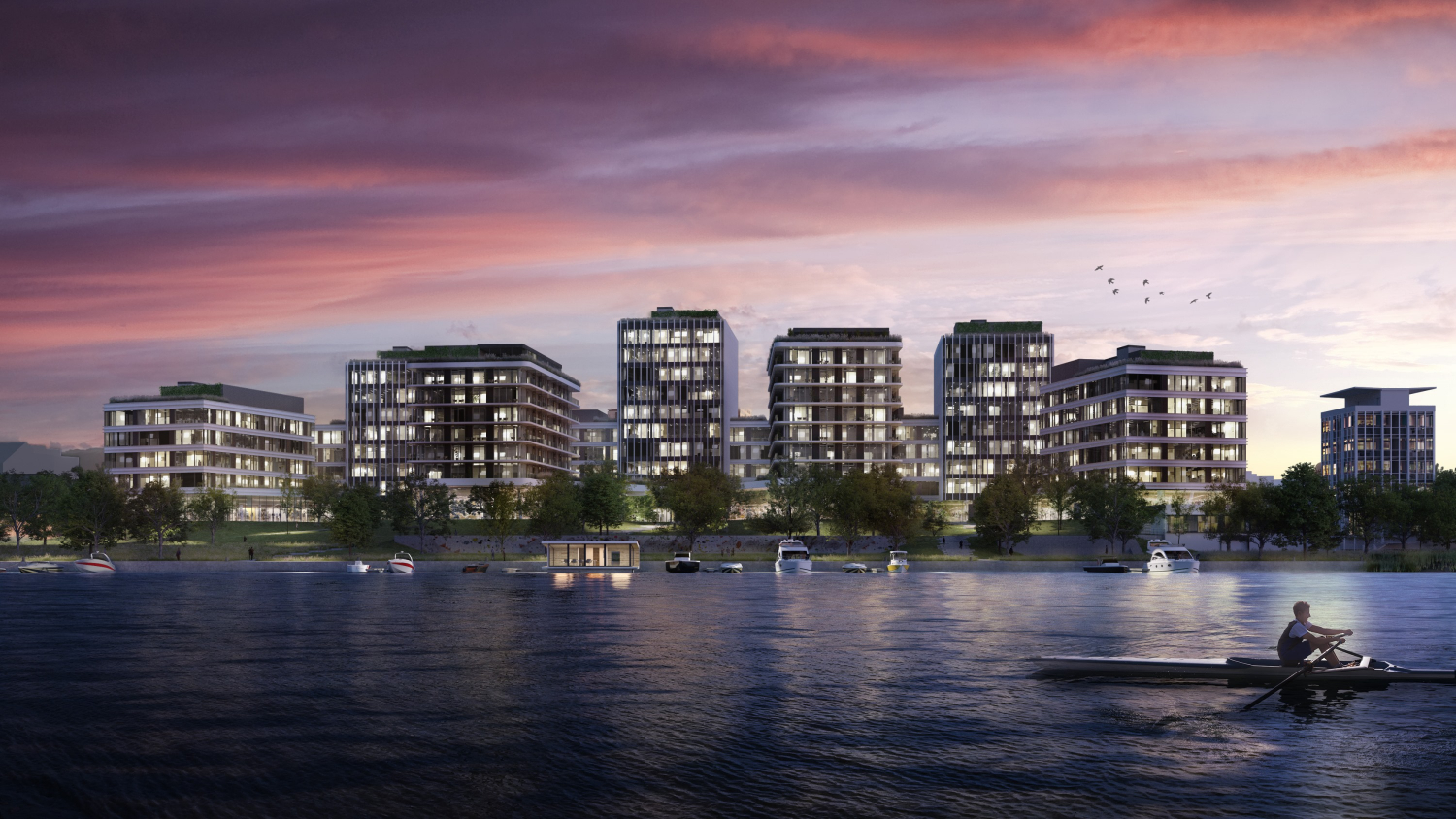 Skanska’s has commenced construction on its new project in Prague’s Holešovice district. Based on an architectural design by the DAM.architekti studio, Port7 will include 3 new administrative buildings, which upon planned completion in the second quarter of 2023 will offer 35,000 sqm of office and retail space.

“With the construction of the Port7 project, we return to Holešovice, where we completed the Visionary office building three years ago. We believe in this location for the long term and we are betting on its potential. We greatly appreciate the cooperation of the city hall, which supports this development. Within the Port7 project, we will create not only high-quality office space, shops and services, but also a two-hectare public space full of greenery, a promenade along the river, pleasant seating areas and a number of sports grounds. The new riverbank will draw the attention of both our future tenants and the inhabitants of Holešovice and other districts,” says Martin Machů, Project Manager at Skanska.

“We consider the brownfield between the river and train station to be rather demanding, but we have a range of experience with similar projects. Another sustainable building will be added to our portfolio, and we are doing all we can for the building to have a minimal impact on the surrounding area. It expressly applies that we are building an environment in which we ourselves would want to live,” says Skanska Central Europe President Michal Jurka.

Port7 is rising near the Holešovice train station, which is a major junction for urban, commuter and international transportation. The largest building E, which also forms the backbone axis of the project with almost 28,000 sqm of space, will go up right along the railway tracks. This will be followed up by two buildings, A (4,200 sqm) and D (3,700 sqm) facing the Vltava River.

Between the buildings will be the Port7 piazza, which is designed as a service centre. Tenants and visitors to Port7 will find cafes, bistros, hairdressing salons, a fitness centre, grocery store and pharmacy. The Port7 project also includes a new public space. On an area of 2 hectares, Skanska will built a new public park with a promenade, benches, a cycling trail and various sports grounds. A harbour for small boats and vessels will be created on the Vltava riverbank.

Port7 is designed as a sustainable building which conserves and helps the environment both during construction and subsequent operation, and efficiently reduces e.g. energy and drinking water consumption (by up to 50%). Within the preparatory and excavation works on the Port7 project, the entire large brownfield will be cleaned up and the original ecological burden removed. Within the project, rainwater will be captured and used to water the vegetation.

Alternative means of transport will also be supported. The underground parking lot will feature a extensive biking facilities and towel service for cyclists. Charging stations for e-cars and e-bikes are also in negotiation. Port7 is aiming for the highest international environment certification, LEED Platinum for Shell & Core in its latest version 4 (4.1). Furthermore, Port7 is designed and built to meet the criteria of the international WELL certificate, which evaluates internal premises from the user’s perspective.