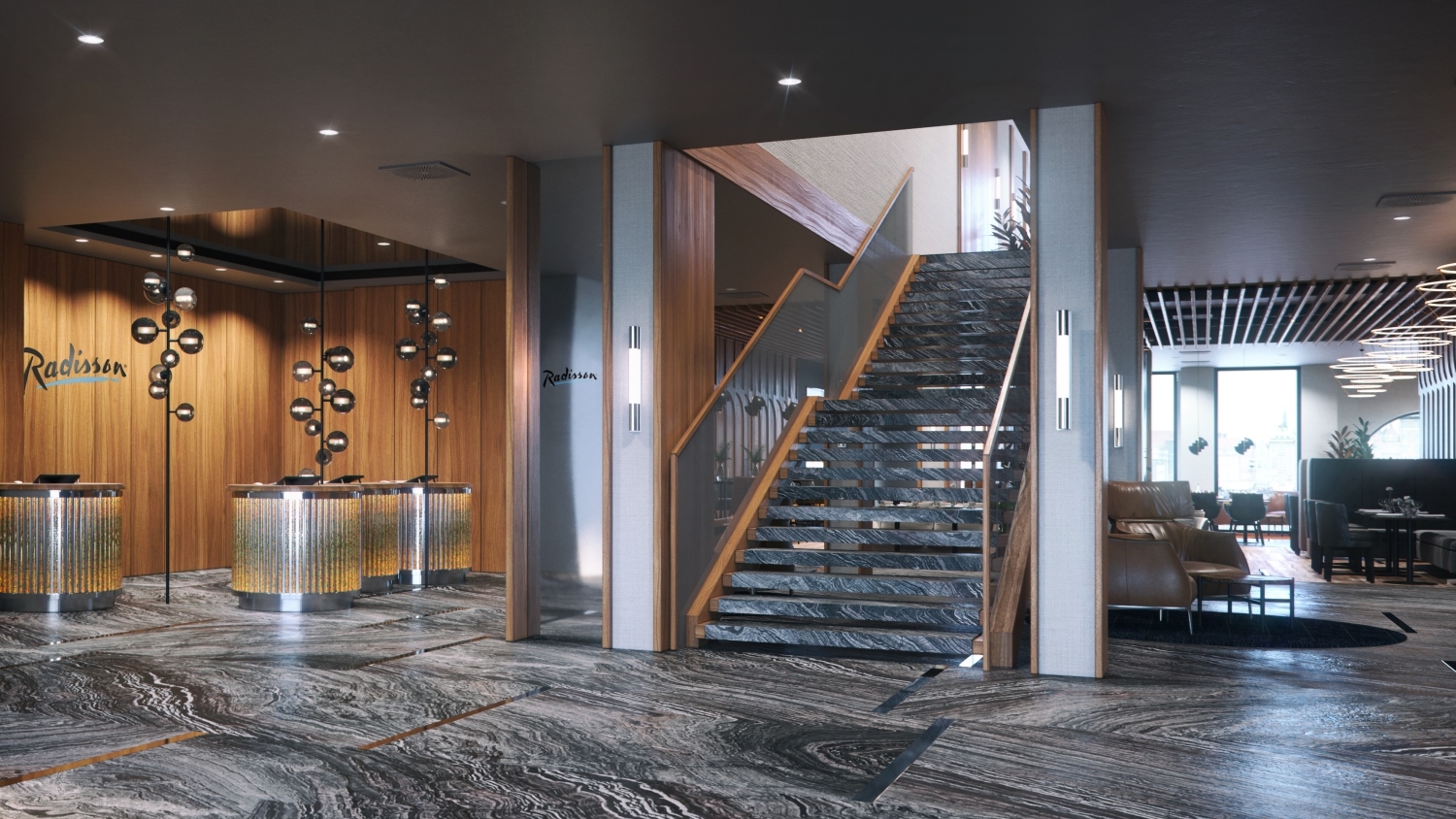 Radisson Hospitality AB announced the signing of the Radisson Hotel & Suites in. In March 2018, the group announced its plan to rollout Radisson, the upscale hotel brand, across EMEA - and this is the first hotel to open in Central & Eastern Europe (CEE). The new Radisson will bring the group's portfolio to 16 hotels (3,500+ rooms) in operation or under development in Poland.

The upscale, full-service hotel will deliver Scandinavian-inspired hospitality and complement the Radisson Blu hotel in Gdansk, ranked as the third most visited city in Poland based on airport arrivals, and a popular summer destination for leisure travellers, including families.
Gdansk is an important industrial and economic centre on the Baltic Coast in the north of Poland and is also one of the most rapidly developing urban and business centres in the country, with a fast-growing MICE sector making the city a key location for business travellers.
The Radisson Hotel & Suites, Gdansk will be centrally located on Granary Island and is part of the Deo Plaza project, a building complex that will feature a hotel, residential apartments and host a wide range of shops and restaurants.
Zbigniew Nowak, a Polish entrepreneur based in Gdansk, and founder and owner of Deo Plaza, said: "We believe that our collaboration with such an experienced operator like Radisson Hotel Group will provide international reach and world-class services for the hotel and its meetings and event facilities. Added to the location's huge potential, we're confident that the hotel will be attracting conference visitors from around the world."
Due to open in Q4 2018, the new-build hotel will feature 142 guestrooms and suites (including 12 junior suites, five suites and four apartments). A second phase, scheduled for opening in April 2019, will bring the hotel's accommodation to 350 rooms and suites. The hotel will feature a range of leisure facilities, including a lobby bar, all-day dining restaurant, gym, spa and swimming pool. Meetings and events will also be well catered for, with 1,000sqm of space set across a ballroom, four function rooms, seven meeting rooms and a separate area that can be used as a foyer or a function space.
The Radisson Hotel & Suites, Gdansk will be managed by Radisson Hospitality AB.