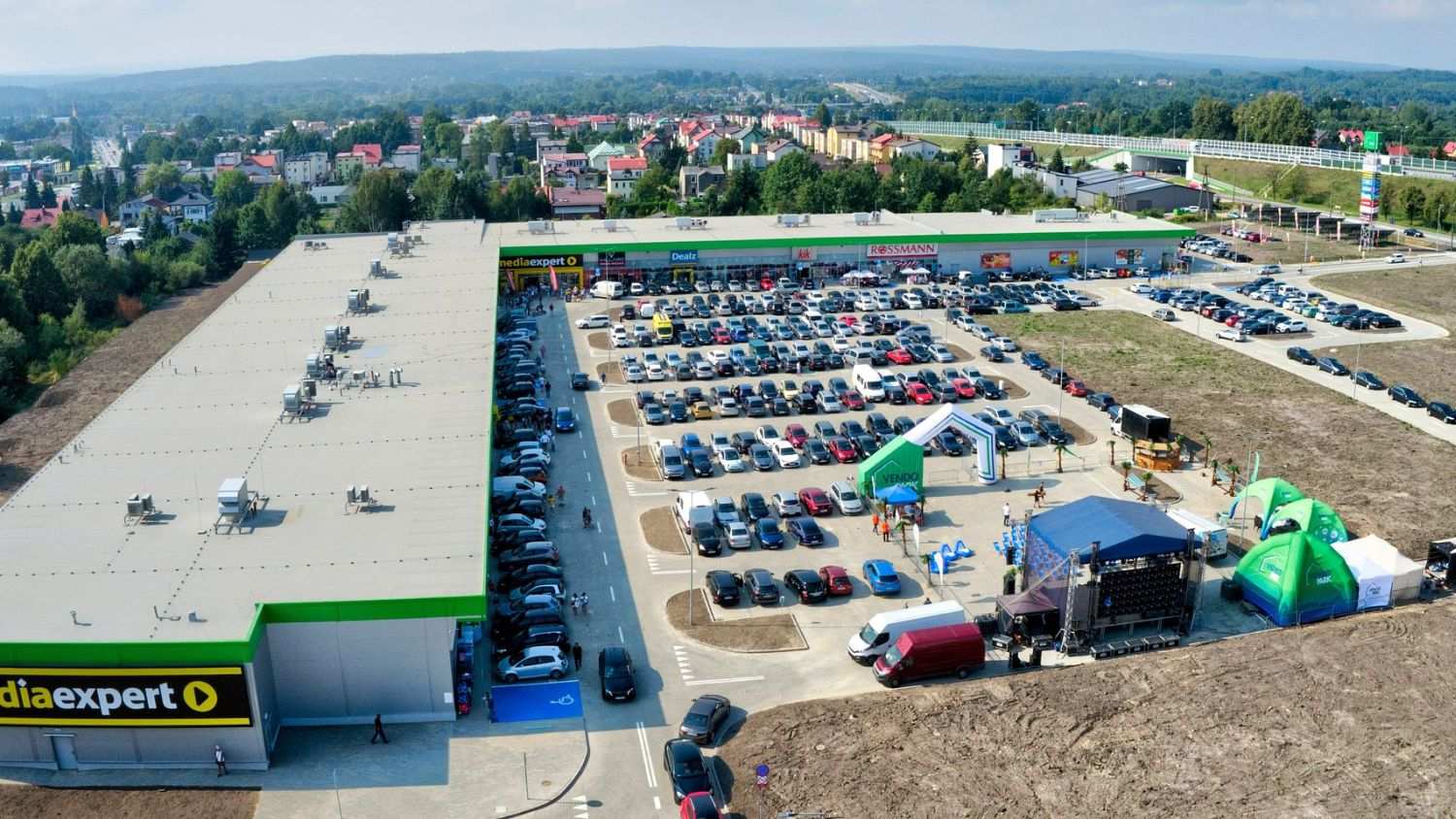 Retail parks and convenience centers emerged as the most resilient retail sector during the COVID-19 pandemic, with customers putting an emphasis on quick and efficient shopping. The development of the Polish retail market continues apace, with the retail park format taking the lead in terms of stock expansion. In H1 2022, developers completed 183,200 sqm of GLA of new retail space, 66% of which was delivered in the form of retail parks and convenience centers dedicated to everyday, quick shopping. However, another 341,700 sqm of GLA is expected to enter the market by the end of 2022, with retail parks accounting for 53% of this total. 2022 could well be another record-breaking year for this segment in terms of space delivered to the market.


JLL and Trei Real Estate Poland, authors of the third edition of the “Retail Parks and Convenience Centers in Poland” report, summarize the situation at the end of H1 2022 and outline the development prospects for the sector in Poland.

Construction activity remains at a high level, with more than 290,000 sqm of GLA in these two formats expected to hit the market by the end of 2023.

"In the second half of the year, we plan to start new construction projects in Mielec, Zambrów, Kraków, Gorzów Wielkopolski and Szczecin. However, we are not resting on our laurels and continue to purchase land for more retail parks. We also completed the construction and opening of two 100%-leased Vendo Parks, in Otwock and Skarżysko-Kamienna. As a result, our portfolio in Poland now stands at 31 facilities. At the end of last year, together with Patron Capital, we formed a joint venture worth 140 million euros to develop new retail parks across Poland. Together we plan to build 15-20 new Vendo Parks over the next few years", says Jacek Wesołowski, Managing Director of Trei Real Estate Poland.

Demand – value retailers are the most active tenants

Against the backdrop of the strong foundations of the retail market and promising predictions for retail sales growth, seven foreign brands decided to open their first stores in Poland between July 2021 and June 2022. The majority of the brands making their Polish retail debut were from the fashion sector. By the end of 2021, Karl Lagerfeld’s high-end designer store had opened in Galeria Mokotów in Warsaw. Philip Plein, a German luxury brand, also opened its first mono-brand store in the capital city, in Dom Dochodowy. Bimba y Lola from Spain and Zadig&Voltaire from France have also marked their presence on the Warsaw market, in Galeria Mokotów and Dom Mody Klif, respectively. The German DM Drogerie Markt chain, one of the largest players in the European drugstore market, opened its first store in Wrocław in April 2022. The first mono-brand Haribo store recently started trading in Factory Ursus in Warsaw. A long-awaited Uniqlo store and an Adidas flagship store both opened in Wars Sawa Junior in Warsaw.

"Since the beginning of the year, we have been noting a constant improvement in shopping centres’ performance in terms of footfall and turnover, as well as the unwavering interest in the retail park format among all market players: investors, developers, retailers, and customers. Currently, the most active retailers are those seeking average and large-sized spaces (400 sqm - 2,000 sqm), especially value retailers, grocery chain stores and drugstores. In addition, these retailers are also interested in gaining a presence in smaller markets, even those below 20,000 inhabitants, highlights Anna Wysocka, Senior Director, Head of Retail Agency, JLL.

Accounting for 37% of the leased GLA, the value retailer is the category most commonly found in traditional parks and convenience centres. What’s more, their presence has only strengthened since last year’s report (an increase of 4 p.p.).

The COVID-19 pandemic has forced retailers to re-strategize their businesses. Brands are constantly searching for new concepts to improve customer experience. One example of this is Castorama which is opening a new small-store concept under the Castorama Express brand. Castorama Express is characterized by a compact, clear, and intuitive store layout. Shelves in the stores do not exceed two meters in height, thanks to which the selection of the most necessary materials is much easier. This format is increasingly appearing in retail parks", adds Anna Wysocka, Senior Director, Head of Retail Agency, JLL.

No increase in rents

Prime rents in these assets are still at levels similar to last year with contracts signed for long periods. Rents and service charges found in retail parks and convenience centres are lower than those in shopping centres. This is due to the characteristics of this type of retail scheme, i.e. a lack of common spaces, a simple one-story layout, dedicated outdoor parking and often a peripheral location. However, we may expect that the level of service charges will be influenced by increases in operational costs, especially rises in energy costs. Prime rents, covering units of approximately 2,000 sqm in the best performing retail parks, currently stand at €8 to €12 per sqm per month, with service charges at between €1.5 and €2 per sqm per month.

The total value of transactions in the first half of 2022 (approximately €760 million) looks promising, although to a great extent it was the result of two portfolio transactions related to the delisting of EPP. Excluding these two transactions, the total volume drops to below €200 million, a result which is lower than the €290 million achieved in H1 2021. Despite the limited volume of closed deals, the investment market still remained very active in H1 2022, with numerous retail parks and convenience shopping centres entering exclusivity phases.

Retail parks and convenience centres have become attractive investment assets for foreign funds. This translates into a growing interest among developers and owners in sustainability and environmental issues. Among the most commonly found ESG solutions in Poland’s retail parks, one can note electric car charging points, a larger share of green areas and the use of renewable energy sources. Retailers are also responding in line with ESG strategies. They are introducing more ecologically aware solutions, such as fashion retailers designing sustainable collections (e.g. H&M, Reserved and Esprit), adopting reuse ideas (IKEA and Decathlon) and offering second-hand sections (4F and Auchan).

"Until a year ago, there was not much talk about ESG in parks. Now that this format has been on the radar of investors, we will gradually implement solutions related to energy efficiency and environmental protection. An example of the measures taken by Trei is Vendo Park in Skarżysko-Kamienna, which is powered by photovoltaic panels. This year we have also started the process of obtaining BREEAM certificates for our retail properties", concludes Jacek Wesołowski, Managing Director of Trei Real Estate Poland.