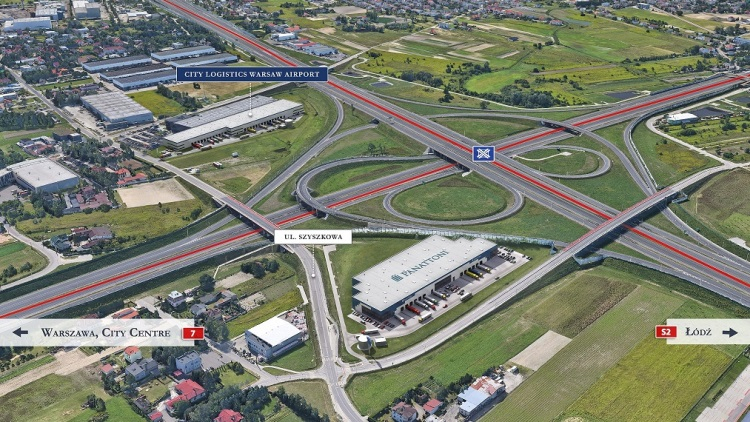 Panattoni has announced another Warsaw development, which is to be built on a 1.9 ha site next to the S7 junction with the S8 expressway just a few kilometres from Warsaw's Chopin Airport. City Logistics Warsaw Airport II will have an area of 9,000 sqm and construction work is to begin in August.


City Logistics Warsaw Airport II will be situated just 6 km from Warsaw's Chopin Airport next to the Opacz junction of the S8, which connects to the S7 and forms part of Warsaw's southern bypass. Already the 9,000 sqm project has its first two tenants: a distributor of building materials and a producer of aircraft.

City Logistics Warsaw Airport II will be a modern building with 16 loading docks. Just like every one of Panattoni's new projects, it is to be certified with a rating of 'Very Good' under BREEAM.