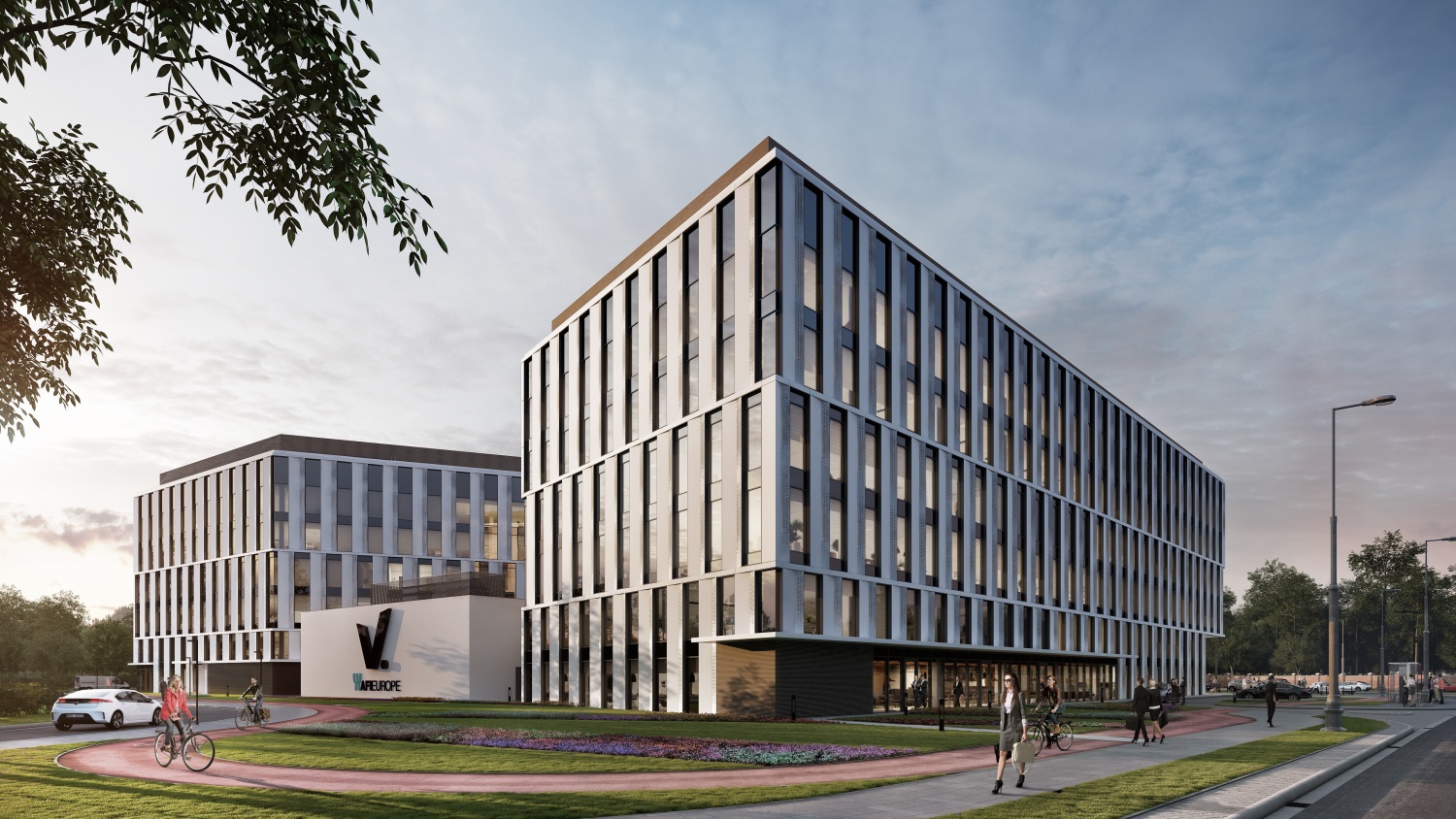 Knight Frank was appointed sole agent to commercialise V.Offices – a project currently under construction by AFI Europe in Kraków – and buildings B and C of the Sportowa Centrum office complex in Gdynia. Knight Frank has also been appointed property manager of the Lobos office building in Kraków, a property is owned by the Lobos Group. The construction of V. Offices began in April this year. The handover is planned for the end of 2018. The total lease area of the property will amount to 24,700 sqm. The building will have six floors and two underground levels. The ground floor will feature service and retail spaces. The project was designed by Iliard Architecture & Project Management. V.Offices gained BREEAM ‘Outstanding’ certification already at the project stage. The 90.57% score is the highest in Poland.
Sportowa Centrum Sportowa Centrum is an office complex located in Gdynia in 8 Sportowa Street, which is an extension of Luzycka St. – the so-called office centre of Gdynia. The complex offers modern office spaces to let. Building B has a modern, fully-equipped conference room with a green terrace. Apart from six office levels and a two-level underground car park, Building C will house many amenities for cyclists. The Sportowa Centrum company is the investor and property owner.
Knight Frank will lead the leasing process of two parts of the complex: building B with a total area of 6,700 sqm (handed over for use in 2010) and building C with a total area of over 3,500 sqm, which will be handed over for use in Q2 2018. Buildings B and C will be connected with a link to form one block.
Lobos The Lobos building is located in the Czyzyny district in Kraków. Its total area amounts to 8,000 sqm. The property comprises of 4 over ground levels and one underground level. The building has 96 parking lots. Nazwa.pl and Philip Morris International are amongst the tenants of Lobos. Lobos, handed over for use in March 2017, fulfils ecological standard which is confirmed by ‘Platinium’ LEED certification.
Currently, Knight Frank manages over 100,000 sqm in Kraków.