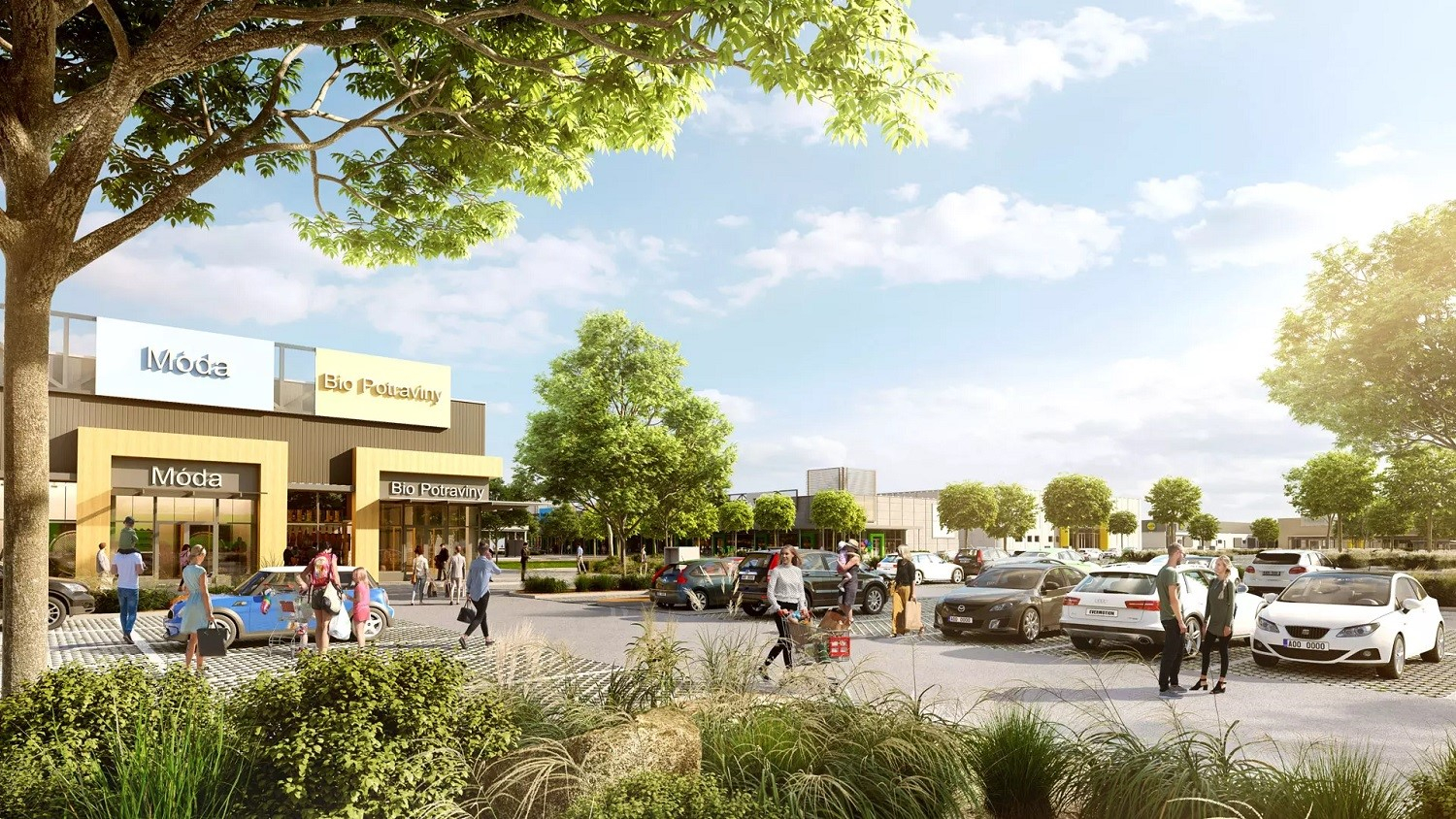 Developer J&T Real Estate CZ will build a new business zone with a city park in Hradec Králové near the D11 motorway. Thirty shops and a hobby market will be located in an area of more than 40 hectares. The total investment in the project will be around CZK 3 billion.


The developer J&T Real Estate CZ is expanding its field of activity and heading outside of Prague and Brno. On the western edge of the D11 motorway, it will build a new complex of shops, complete with a park, in Hradec Králové at a cost of around CZK 3 billion, Seznam.cz reports.

"The project of the new commercial zone on the outskirts of Hradec Králové's Kukleny district is in line with the city's strategic plan and the applicable zoning regulations. We are convinced that in combination with the D11 motorway, which is being completed, it will develop the untapped potential of the area and bring new life to this part of the city," said Martin Kodeš, Vice-Chairman of the Board of J&T Real Estate CZ. The architect of the planned Nová Zelená complex is Tomáš Vymětálek from Hradec Králové. He also designed another planned building in Hradec, the Malšovická Arena football stadium.

The new commercial zone near Hradec has already completed the process of environmental impact assessment. Now the developer is waiting for other stamps, including the building permit. As a friendly gesture towards the city, the investor is donating CZK 35 million for the transport and development of the Kukleny district. The developer is currently negotiating the final mix of 30 planned stores. However, it is certain that there will be no lack of a Hobbymarket in the locality. "Brands from the fashion, sports, health food or DIY and household goods sectors, which are not yet represented in this location, are interested in having their own store in Hradec Králové. We also have a contract with a renowned furniture store, whose name we are not mentioning for business reasons," added Kodeš from J&T Real Estate CZ.

The commissioning of the next section of the D11 motorway was crucial for the start of project preparations. This significantly expanded the number of people who will be able to visit the shopping park. In addition, the construction of the D35 motorway section from Sadová to Hořice, which will make the area even more attractive, is planned for the next few years.

New development projects are also appearing in neighbouring Pardubice. The Redstone development group of businessman Richard Morávka is planning a multi-purpose complex Galerie Pernerka on the site of a former distillery opposite the railway station. The complex will also include a hotel of the AC Hotels brand, which belongs to the global hotel chain Marriott.