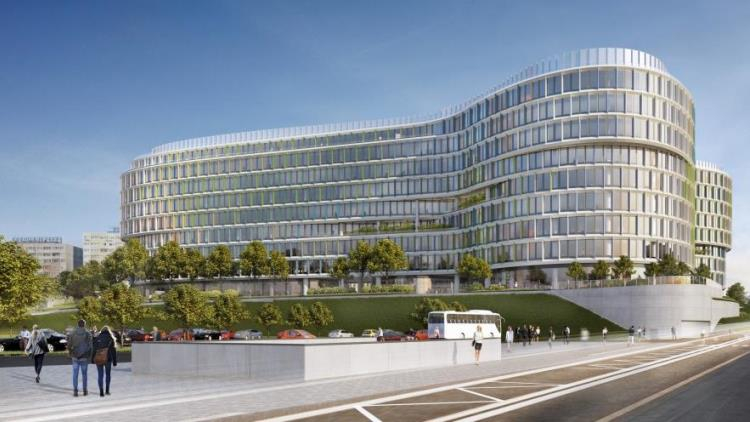 Futureal has signed a €60 million (approximately HUF 21.5 billion) loan agreement with Erste Bank to finance the construction of the second phase of the Budapest ONE office park, currently under development, which is being developed in parallel with the third phase and will be handed over in the second half of 2022.


To finance the construction and operation of the second phase of Budapest One, Erste Bank will provide Futureal with a total loan of €60 million over a 10-year term. DLA Piper acted as legal advisor to Erste Bank on the loan agreement.

The first phase of the office park, comprising more than 25,000 sqm and located next to Hungary's largest multimodal hub, was already handed over in early 2020. The construction of the second phase of the building (20 000 sqm) and the third phase (19 000 sqm) are progressing according to plan. 3,500 sqm of commercial and service space will be complemented by 2,500 sqm of green space. The last two phases will be ready for occupation in the second half of 2022. Several large companies such as Vodafone and BT have already chosen Budapest ONE.

"Erste Bank has been working with the Futureal Group for more than a decade, during which time the financial institution has been involved in financing several of the group's successful office development projects. This shows the bank's commitment to partnering and creating value.   We are delighted that this partnership has now reached another significant stage with the financing of Futureal Group's new flagship project, the Budapest One office park development,” said Tamás Deák, Director of Real Estate Finance at Erste Bank Hungary.