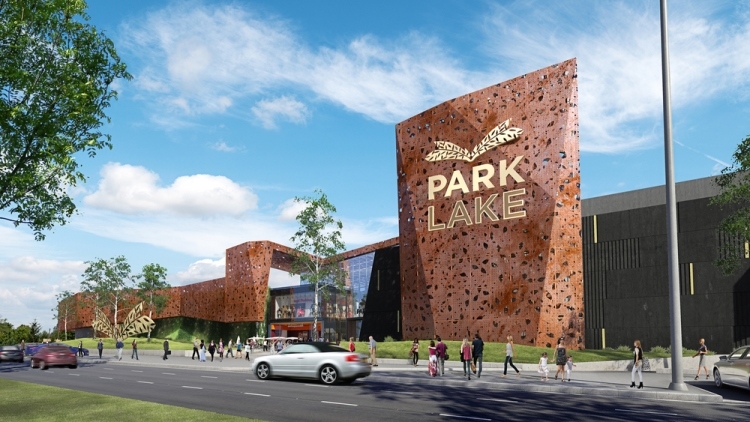 Futureal Group has exited its €19 million mezzanine financing provided to Caelum Development for the development of ParkLake shopping centre in Bucharest, Romania. The 70,000 sqm GLA project was developed by a joint venture between Sonae Sierra and Caelum Development. Futureal Group will intensify its activity in Romania through its residential investments subsidiary, Cordia. The company has recently announced a €50 million worth of investment plan in Bucharest for the next year, part of a long-term roadmap for the local market. Cordia division plans to deliver about 500 apartments per year, designed for medium and medium high segments.


ParkLake was inaugurated in September 2016, following a total investment of 180 million euros. The shopping centre is 70,000 square meters GLA, with over 200 stores, 23 restaurants, a multiplex cinema and underground parking with a capacity of up to 2,600 cars. ParkLake was developed through a 50/50 partnership between Sonae Sierra and Caelum Development.
"Through our partnership with Caelum we have contributed to the development of a real estate project that has become one of the most important shopping centres in Bucharest. We see significant potential in the real estate market in Romania, for which we have designed a long-term investment program. Parcului20 is a pilot project from our residential portfolio, amounting to 40 million EUR worth of investment, that will unfold over the course of three years", said Gábor Futó, founder of Futureal Group.

Gábor Futó co-founded Futureal group with his father, Péter Futó after returning from his studies at Harvard University 15 years ago. Futureal is currently active in 5 countries: Hungary, Poland, Romania, Germany and the USA with co-investment exposure to several other countries. Under his leadership, Futureal has become one of the top 20 developers in Europe with finished projects of 900 million Euros. Since 2003, Futureal has grown its project pipeline 100 folds from 15 million Euros to 1.5 billion Euros and its professional head-count from 2 to 170. Futureal has sold properties worth 600 million Euros, entered into several joint ventures with leading institutional and private investors and has received numerous awards for its projects. Futureal develops Corvin Promenade, the largest urban regeneration project in CEE, several office and shopping center projects in Hungary, Poland and Romania and has also founded a residential subsidiary, Cordia, which has become Hungary’s market leading residential developer and has also entered the Polish and Romanian markets. Gábor Futó was previously chairman and co-founder of Finext Fund Management Ltd., an independent specialty fund management business. The company issued Hungary’s best performing real estate fund, the first stock exchange listed property fund and has issued the first endowment fund in Hungary, which has become one of the best performing funds of the last 7 years. Gábor Futó is a board member and co-owner of Finext Startup Venture Capital Fund Management Ltd., the successor of IBH Ltd., a Hungarian private equity company involved in buyout and investment deals, where Gábor Futó was previously CEO. Previous gold medalist of the International Mathematical Olympiad, Gábor Futó received his MSc in Mathematics from Eötvös Loránd University, Budapest in 1999, his MBA from London Business School – BUES Program and has been visiting fellow in 1998, 2000 and 2001 at Harvard University (Economics PhD Program) and Harvard Business School (MBA Program).  More »
Futureal, one of the largest developers in Central and Eastern Europe, is active on the Romanian real estate market through its residential development subsidiary, Cordia. Futureal portfolio of assets and developments amounts to a total €2.7 billion. Recently, Cordia Romania announced the development of Parcului20, a condominium with 469 apartments located north Bucharest, in Expoziției area. The first phase of the project consists in 260 units. Development will begin by the end of this year, to be delivered in September 2020.
"The investment budget of Cordia Romania for the next year amounts to €50 million. Part of it will go to developing Parcului20 condominium, and another part to other investment activities, including the acquisition of new land plots. We have already purchased three plots on which we plan to build 1,300 apartments in the years to come. We are in advanced discussions for two other properties, located Central-North Bucharest. We estimate a sustained pace of 500 apartments per year", said Mauricio Mesa Gomez, CEO of Cordia Romania.
Cordia’s objective is to become the main regional developer of residential projects and to further develop its impact by creating sustainable projects that highlight existing local communities.