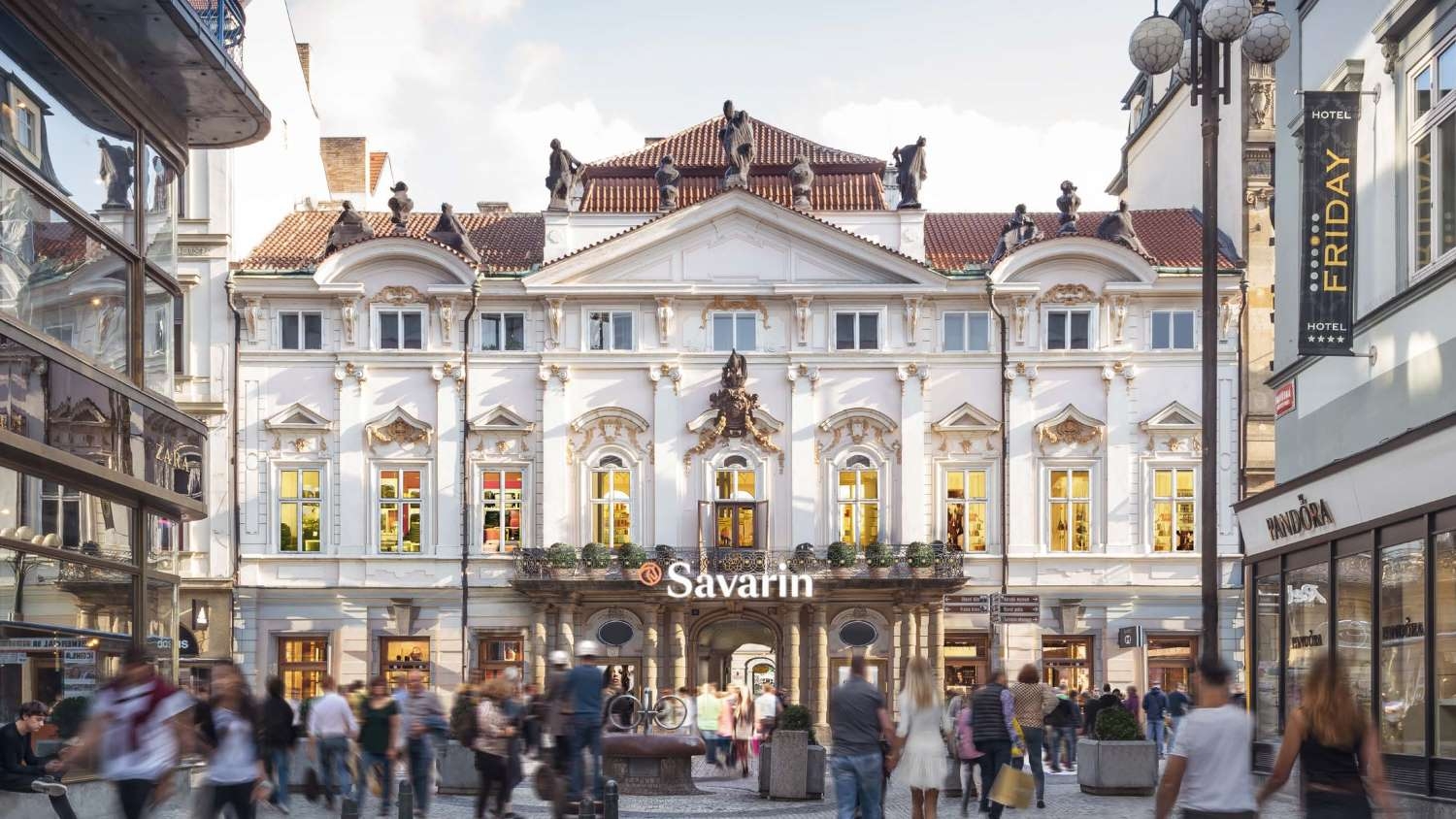 Soaring rents have seen London’s New Bond Street rise to become the world’s third most expensive retail street, while New York’s Upper 5th Avenue and Hong Kong’s Causeway Bay retain their first and second place rankings, according to Cushman & Wakefield. Prague’s Na Příkopě Street has improved its position from last year’s 23rd to the current 22nd in a chart of the 68 most expensive high streets.

The annual Main Streets Across The World report, now in its 29th edition, tracks 451 of the top retail streets around the globe. It ranks the most expensive in 68 countries by prime rental value utilising Cushman & Wakefield’s proprietary data.
Na Příkopě and Pařížská Streets in Prague are among the most expensive streets in the Czech Republic. Both have seen a year-on-year increase in rents thanks to the great demand among occupiers and some unique opportunities that arose on the retail market. Rents in Pařížská grew somewhat more (12.8%) than in Na Příkopě (10%), in effect coming closer to the most expensive Czech street, and rental values can be similar in both streets depending on the exact locations of individual units. Units exceptional in terms of area, corner location, design or display size may command rents in excess of €250 per sqm per month.
Pařížská, which has traditionally been the street for luxury brands, has recently attracted Celine and witnessed Bvlgari’s relocation, both brands being represented directly. Na Příkope has been sought after by both mass and premium brands, and the number of premium brands is steadily increasing. The planned refurbishment of the Savarin palace and the revitalisation of the entire neighbourhood will be a major milestone that will further enhance the street’s prestige.
“The refurbishment of the Savarin will also involve some changes in the current occupiers, as more attractive occupiers are strongly interested in Na Příkopě,” says Jan Kotrbáček, International Partner and Head of the CEE Retail Agency Team at Cushman & Wakefield, and adds: “We also expect the rents in Wenceslas Square to come closer to those in Na Příkopě in the future, not least thanks to the planned revitalisation projects. The most important one will be the overall revitalisation of the lower end of Wenceslas Square, the Savarin project (connecting Na Příkopě Street, Wenceslas Square and Jindřišská Street), the new multi-purpose scheme at Wenceslas Square 47 with a wealth of retail space and other expected refurbishment projects in what is the best-known square in the Czech Republic.”
Hungary came 32nd with Budapest’s Váci utca, Warsaw’s Nowy Swiat took the 38th position and Slovakia’s Obchodná ulica in Bratislava is number 51. The Czech Republic has a considerable edge over the other CEE countries. This is a testimony to the maturity and attraction of the local high street district. Its principal benefits include the fact that it is a compact area in Prague’s historic centre delineated by a triangle outlined by Národní třída, Náměstí Republiky and the upper end of Wenceslas Square with the National Museum, making it easily accessible for both locals and tourists. It is Prague’s great appeal as a tourist destination that attracts international brands to the local high streets, making them increasingly attractive. Last but not least, Prague benefits from the fact that its centre stays open for merchants and their customers all year round and often round the clock, except for certain public holidays.
“Prague’s high street clearly dominates the region and fares very well on a global scale too. Its unique historic centre attracts increasing numbers of tourists and more hotels are appearing as well. According to the Czech Statistical Office, 7 million guests checked in hotels during the 3rd quarter of this year, which is an annual increase of 5.9 percent. The capital city offers an ever-expanding range of brands as new brands arrive, and the quality of services is constantly improving. Retailers use Prague’s unique locations for a singular presentation of their products, and there are not many other cities that can offer their ‘genius loci effect’ to such a degree. An example is Preciosa’s shop in Rytířská Street, which excellently illustrates the crucial role of having a unique retail space. The same applies to the iconic Foot Locker (Golden Tower) at the lower end of Wenceslas Square. In the context of developments in certain other European cities, Prague is also considered a safe target destination,” says Jan Kotrbáček, International Partner and Head of the CEE Retail Agency Team at Cushman & Wakefield.
Upper 5th Avenue remains the most expensive main street in the world, with annual rents at an average of €28,262 per square metre per year (psm/yr), while Hong Kong’s Causeway Bay retains its second place position despite a 4.7% fall in average rents to €25,673 psm/yr. London’s New Bond Street leapt into third place in the global rankings in 2017 as rents increased by over a third (in local currency) on the previous year to €16,200 psm/yr. Milan’s Via Montenapoleone, where rents rose 12.5% on the year to €13,500 psm/yr, was ranked fourth, while the Avenue des Champs Élysées in Paris, where rents are €13,255 psm/yr, fell to fifth place despite rents remaining unchanged over the year.
“Global retail remains as dynamic and vibrant as ever in response to technological and demographic change across the world. Premium retail destinations, including New York’s Upper Fifth Avenue, Hong Kong’s Causeway Bay and London’s New Bond Street, are highly sought after by international brands seeking to create engaging retail experiences that offer something new and exciting. The most innovative retailers are combining their online and physical platforms to create a seamless omni-channel experience for the customer. Profile and location play such a crucial role in the premium retail experience,” says the author of the report, Darren Yates, Head of EMEA Retail Research at Cushman & Wakefield.