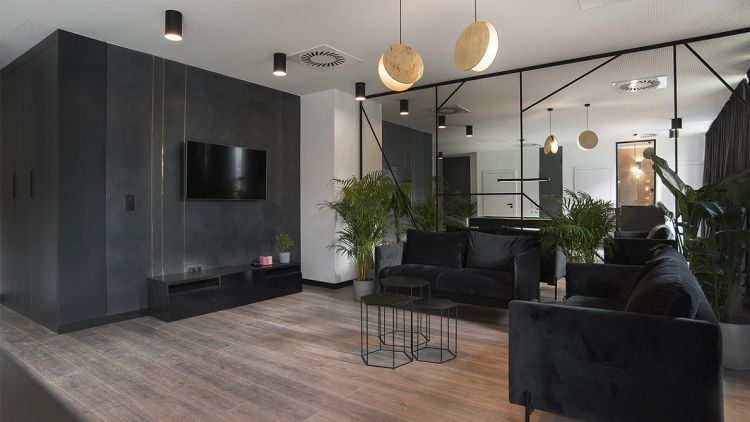 The two-millionth square meter occurred in one of the apartments of Esencja Apartments in Poznań. The apartment was handed over at the end of July. During the 25 years of its existence, Echo Investment has built and delivered almost 200 projects in 37 Polish cities.


Echo Investment built its first million square meters only three years ago. It was located in Libero gallery in Katowice. The most well-known projects of the company include also the Q22 skyscraper, Galeria Młociny and a multifunctional 'destination' complex named Warsaw Brewery, the Nowa Dzielnica estate in Łódź, Galeria Libero in Katowice, the Malta Office Park complex and Małe Naramowice Rynek that is a award-winning estate in Poznań as well as Kościuszki Apartments and the Qubus hotel in Kraków.

"We are the only Polish developer with such extensive experience in all major real estate sectors. Now we take advantage of these competencies to design friendly, mixed-use urban quarters, that we call 'destinations'. Examples of such projects include Warsaw Brewery and Fuzja in Łódź, which combine office, retail and service as well as restaurant facilities with apartments, a city square and open green spaces. We are also constantly strengthening our position in the residential market, which we consider as prosperous and stable while maintaining diversification of our business," says Dawid Wrona, Residential Sales Director at Echo Investment.

The two-millionth sqm completed by Echo Investment fell on the Esencja Apartments in Poznań. Buyers received keys to this apartment at the end of July.

"I am glad that this special event took place during Echo Investment's 25th-anniversary celebrations and what’s more in Poznań, where we have been present since 2000. Here we have built the Ibis hotel, a great office complex and seven residential estates, including Pod Klonami, Kasztanowa Aleja, Nad Wartą that is a luxury apartment building and Osiedle Perspektywa. Among current projects, it is worth mentioning Esencja in Garbary that is our finished apartment building, a cosy estate named Nasze Jeżyce and Enter in Naramowice, where we used prefabricated elements in the construction of one of the phases. In June, the new project named Wieża Jeżyce, which respond to all current trends and customer needs, went on sale. The heart of this project will be a square under the former water tower, that we will revitalize and give a new function i.e. a prime meeting place for local residents," says Dawid Wrona.

At present, Echo Investment develops 17 projects with a total area of 240 thousand sqm. These include the Fuzja mixed-use project, the Boho and Zenit estates in Łódź, the MidPoint71 office building in Wrocław, Stacja Wola in Warsaw and the Bonarka Living estate in Cracow. For several years, the company has also been developing Resi4Rent residential projects based on apartments for rent. The company is the largest company in Poland that offers subscription apartments. Currently, it has over 1.4 thousand units under construction in Warsaw and Cracow.