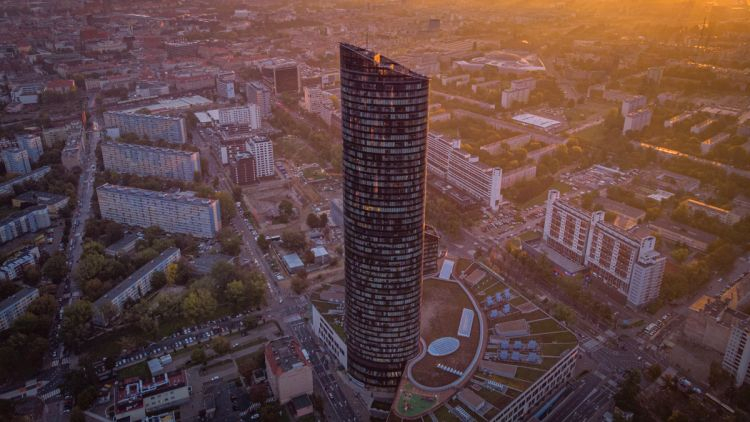 Develia Group has signed a preliminary agreement with an investment fund managed by Adventum Group to sell all its shares in Wrocław Sky Tower. The sale price set at €84.4 million, will be reduced by the value of unpaid incentives for tenants. Finalization of the transaction is expected at the end of 2021.


"Sky Tower sale is an important element of our strategy announced at the beginning of 2021. We are consistently reducing our involvement in the commercial segment, focusing on development in the residential and PRS activity", said Andrzej Oślizło, President of Develia - The building which has become one the Wrocław’s landmarks throughout the years, will go to Adventum Group, an investment group with extensive experience in real estate market.

The parties to the transaction are Sky Tower - a company owned by Develia and Olimp Investment - a company controlled by Adventum Group. The subject of sale will be all shares owned by Develia Group in the ownership of Sky Tower real estate (79.55%). The remaining shares will remain with the owners of the separated dwellings. The selling price is set at €84.4 million and will be reduced by the value of unpaid incentives for tenants, resulting from lease agreements not settled on the trade date. The signing of the final agreement depends on the fulfilment of conditions precedent.

"The negotiated sale price of Sky Tower differs slightly from the book value of the building. The proceeds from the transaction will be used to repay a loan on the project of nearly PLN 194 million and to further dynamic development in the residential segment, which in our opinion is the most promising one", said Paweł Ruszczak, Vice President of Develia.