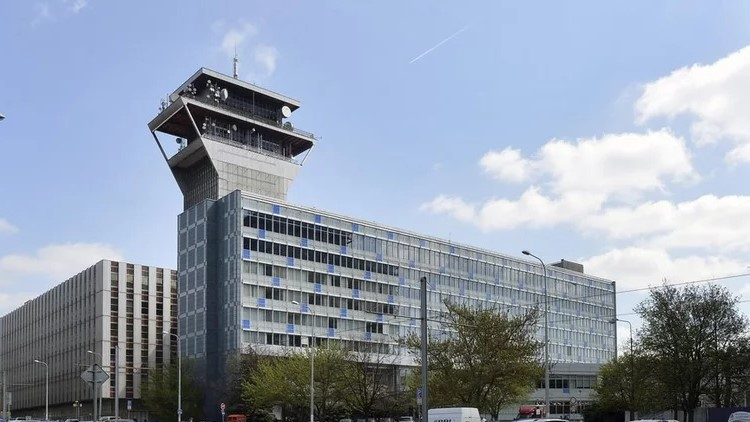 One of the tallest buildings in Prague will disappear. The broadcasting tower of the Central Telecommunications Building (Ústřední telekomunikační budova) in Prague's Žižkov district will be demolished in January 2023, including the adjacent buildings. The demolition work is being prepared by the developer Central Group, which owns the entire technology complex in Olšanská Street and is now preparing a residential project there. The current design of the 100-metre towers with apartments by architect Eva Jiřičná has not yet been approved by the city, writes E15.cz.


The transmission tower of the Central Telecommunications Building in Prague's Žižkov district will be replaced by a residential project by the Central Group. However, it is not yet certain what it will look like in the end, as the city administration does not agree with the 100-metre-high buildings designed by architect Eva Jiřičná. "The project Centrum Nový Žižkov is undergoing a complete makeover and its form and concept is still being developed. We could present the proposal next year. The new design will also be by AI Design and Eva Jiřičná," said Central Group spokesman Ondřej Št'astný. Preliminarily, however, an urban concept of Olšanská Street by Unit architects is expected to transform the busy street with office buildings into an urban avenue with shops in the parterre and new tree plantations.

According to the daily E15.cz, the developer is waiting for the zoning plan to change in 2024. "Negotiations are still ongoing with the city and the district, as well as with the Prague Institute of Planning and Development (IPR) about the future shape of the project," Št'astný said. The central telecommunications building, which has a 78-metre high tower with a wide gallery, was completed in 1980 and cost CZK 1.5 billion at the time.