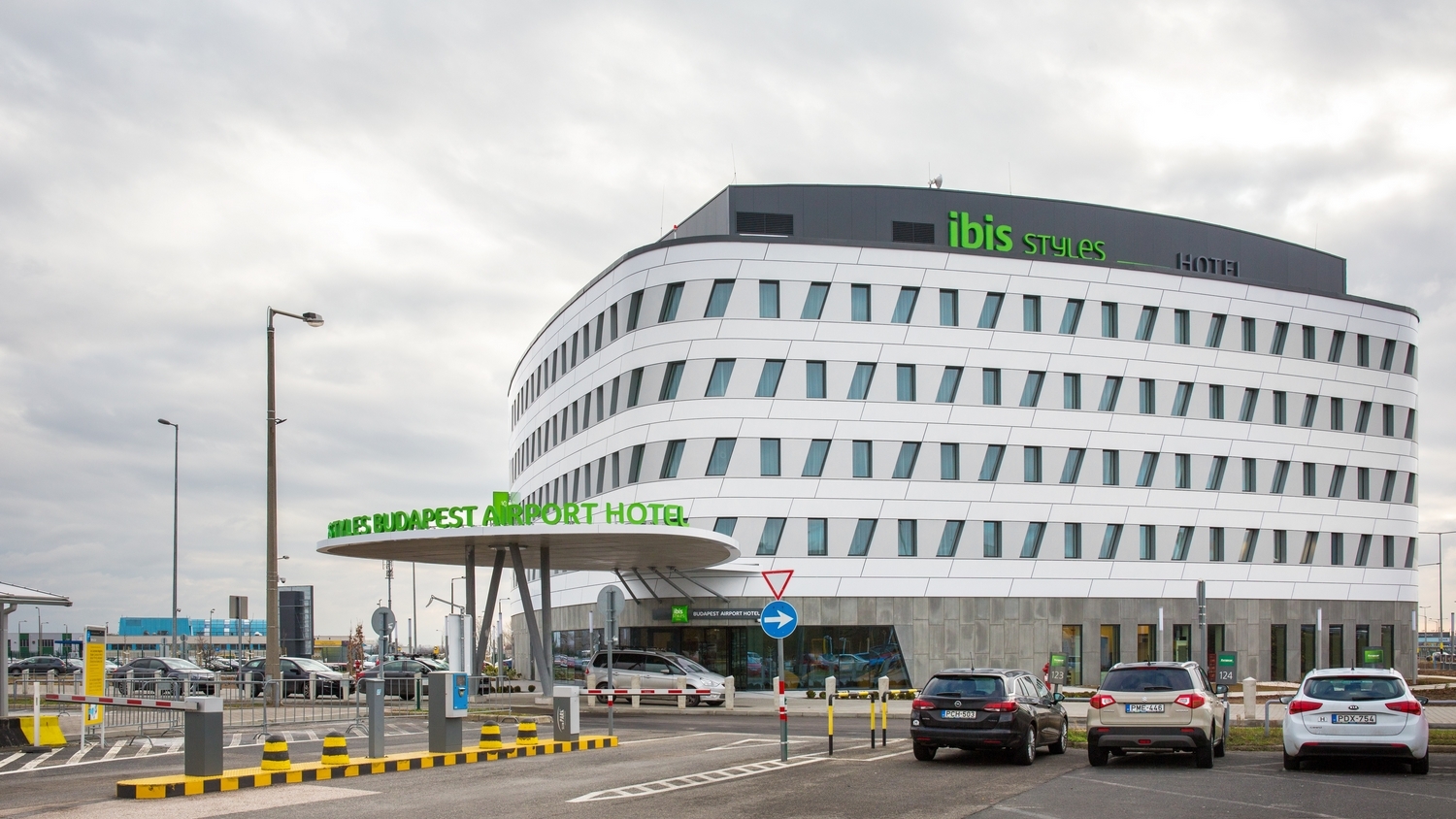 The 145-room ibis Styles Budapest Airport Hotel, the first airport hotel in Hungary with a direct terminal connection, constructed in a development project by Wing, opened for business at the beginning of January. The 6,600 sqm hotel is located approximately 200 m from Terminal 2, and is connected to it by a covered walkway.

The five-storey, 5,200 sqm hotel was constructed by Market Építő Zrt. on the site of the former open-air car park in front of Terminal 2. Its interior spaces and 145 rooms were designed by the architectural studio Aspectus Architect with the participation of architects László Szerdahelyi and József Pesti.
The hotel is being operated, under a management contract concluded with Wing, by Orbis, the Eastern European strategic partner of AccorHotels, under the ibis Styles brand. ibis Styles is AccorHotels’ economy brand.
The hotel is expected to serve the needs of guests in transit, aircrews, and travellers arriving in the city for conferences and on business. The hotel also expects to host travellers who prefer to arrive at the airport the evening before an early-morning flight as well businesspeople on flying visits to hold meetings here with their Hungarian partners. The hotel has a 135-seater restaurant and adjoining wine bar. In addition to this, among the services on offer, the hotel boasts a 150-person conference room that can be subdivided into two separate rooms, while smaller seminar rooms and exclusive meeting rooms are also available for business travellers.
“By building the airport hotel we have not only created a new hotel, but carried out what is an important and much needed development project from the perspective of tourism in Hungary,” said Noah Steinberg, Chairman & CEO of Wing Zrt. “The hotel is an important gateway to Hungary for travellers arriving from abroad, and also influences their first impressions of the country. We took this into consideration when designing every element of the new facility”, he added.