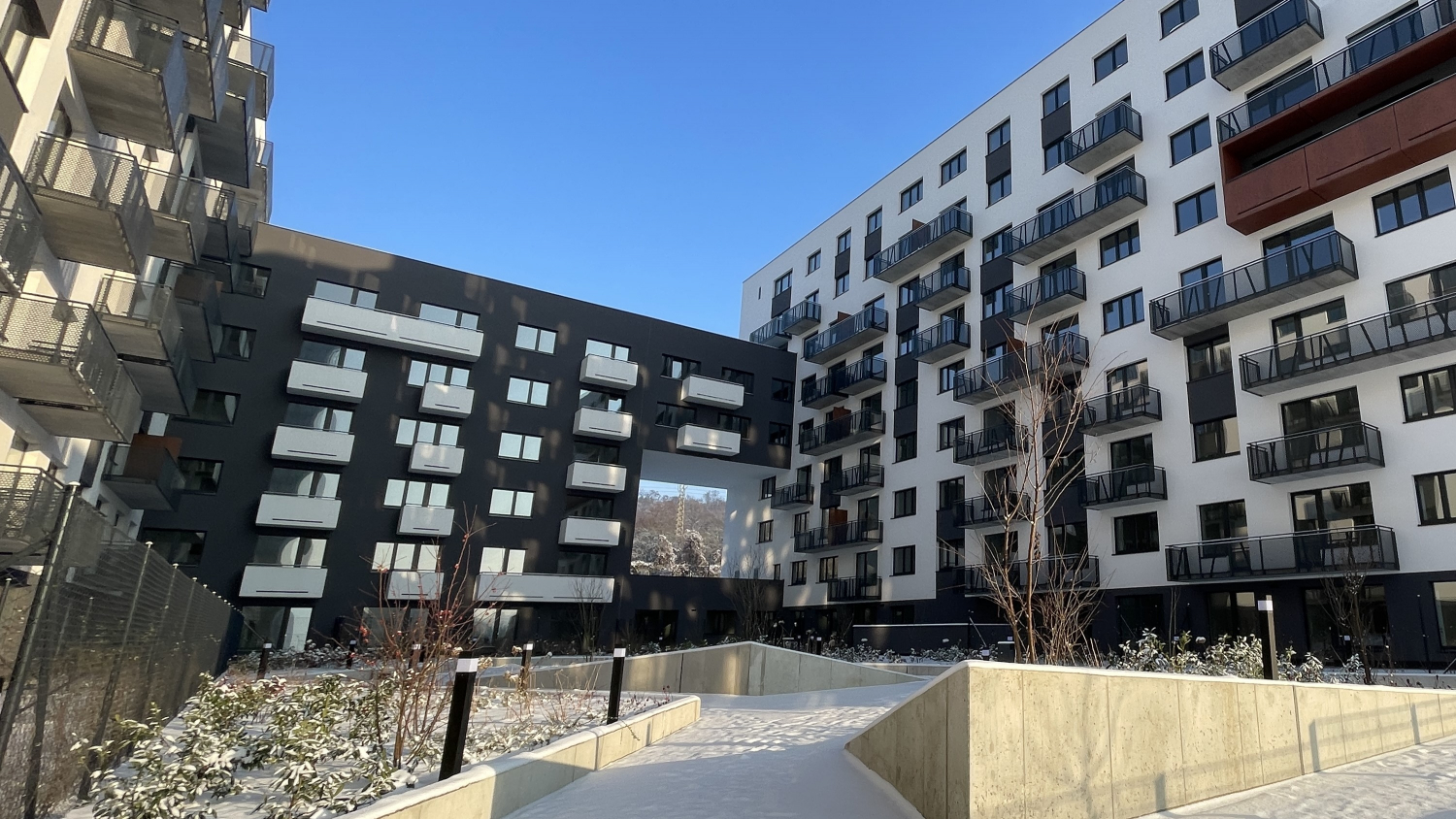 AFI Europe has completed its third rental housing project in Prague this year. AFIHome Kolbenova, the first apartment building in the new multifunctional district AFI City in Prague 9, has now been approved.


AFI Europe has just completed its third rental housing project in one year in Prague. The first AFIHome Kolbenova apartment building in the newly emerging AFI City multifunctional district in Prague 9 Vysočany has also been approved. It will offer a total of 313 rental units in layouts ranging from one bedroom to four bedrooms with the possibility of moving in next May. The interior furnishing of the apartments will be provided by XXXLutz and ProCeram. The project will also include commercial space for shops and services, which will complement the local amenities.

"The end of the year is marked by the completion of the project and several important milestones. This year we have completed three different rental housing projects: the AFIHome Třebešín, which is already almost fully occupied, AFIHome Karlín, where we have prepared the first model apartments, and currently also the first phase of AFIHome Kolbenova, which is our largest rental housing project so far," comments Elena Pisotchi, Sales and Marketing Manager at AFI Europe. According to Pisotchi, the fit-out of the first AFIHome Kolbenova building will take place in phases of approximately 20 to 30 apartments. The completed interior will include a fully prepared living room with a sofa and other furniture, a kitchenette, and wardrobes in the hallway and the bedroom, which will also have a bed and bedside tables, as well as storage space in the bathroom.

Construction of the large-scale AFI City development on the Vysočany brownfield site began in 2016. The revitalisation of the 15-hectare site envisages a total of 110,000 sqm of office, retail and accommodation space and 40,000 sqm of residential space. Six buildings have now been completed and completely sold out, with a total of 473 freehold flats and 313 rental apartments, whose first tenants are expected to move in next spring. A further 327 rental units are currently under construction as part of the second phase. The first of the AFI City 1 office buildings with more than 17,000 sqm of lettable space has also been built in the district, with Škoda Auto as the majority tenant. In addition, a large park has been created here with well-kept greenery, a central promenade, a children's playground and seating areas.

"We will personally take care of the maintenance and management of the building, and we will set up a reception with 24-hour security in the lobby. Residents don't have to worry about having enough parking spaces, which are available in the basement of the building. The residence is situated right next to the B - Kolbenova metro station, which ensures quick transport to the centre of Prague," adds Elena Pisotchi.