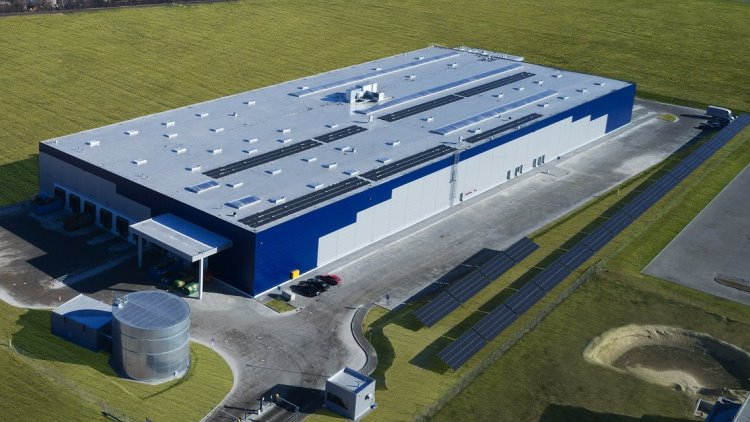 Accolade has completed its first photovoltaic power plant in its Bydgoszcz industrial park. This is a significant milestone in the group's long-term strategy toward energy security in its industrial parks in Europe.


Accolade Group is responding to the rising energy prices with a strategy to use more renewable sources. In particular, it is installing photovoltaic (PV) power plants on the roofs of most of its warehouse facilities. The current energy situation has prompted the company to accelerate the entire process of its long-term energy plan, which is a part of the group’s ESG strategy. Accolade has completed its first photovoltaic plant in the industrial park in Bydgoszcz, Poland, and other rooftops in industrial parks across Europe are expected to be used in the future.

Accolade's first solar power plant is located in the industrial park in Bydgoszcz, where 810 panels have been installed. Some of them are located on the roofs of the warehouses, some on the surrounding land. The panels occupy a total area of 1,500 square meters, roughly the size of an ice-hockey rink. At full operation, they generate 300 kWh, which corresponds to an annual output of 300 MWh. If everything works as planned, all of the energy produced will be used by the park’s tenants. Any remaining energy can be supplied to the grid or used to power vehicle chargers to support low-emission employee commute.

The construction of PV power plants in Poland is encouraged by a recently adopted act that asks for an increase in renewable energy generation; the trend is clearly visible on the market by now. "The Bydgoszcz plant is the first renewable energy project for Accolade. In our Polish portfolio, we are also planning on PV installations in Bydgoszcz-Lisi Ogon, Zielona Gora II and Pila. PV power plants will be designed to provide maximum output but at the same time respect the specific conditions of individual sites. Our goal is to install PV panels in all our parks in Poland by the end of 2024. We want to do the same in other countries where we operate," comments Jan Pavlík, Head of Energy at Accolade.

"Generally speaking, photovoltaics mark the first step for us in the process of using green energy. Others, such as e-charging, installation of more heat pumps or hydrogen production, will follow. The ambition for our parks is to be energy efficient with the aim of becoming as self-sufficient as possible and even generating more energy than we consume in the future. We are firmly convinced that in the light of climate change and the current energy situation, the sustainable way is the only right way not only for our tenants but for all of us." says Lukáš Répal, Chief Operating Officer of Accolade.

By installing PV power plants on the roofs of Accolade’s entire portfolio of logistics buildings, it is possible for tenants to cover up to 30% of their total electricity consumption. "In addition to the low environmental impact and minimizing carbon emissions, today's premium industrial parks should also provide a seamless experience for their tenants, who are then able to operate with much lower –⁠ and more predictable –⁠ operating costs at a time of skyrocketing energy and commodity prices," says Pavlík.

Accolade is planning on replicating this investment in the Czech Republic and has renewable energy plans in other countries where it operates, i.e. in Slovakia, Germany, Spain and the Netherlands.