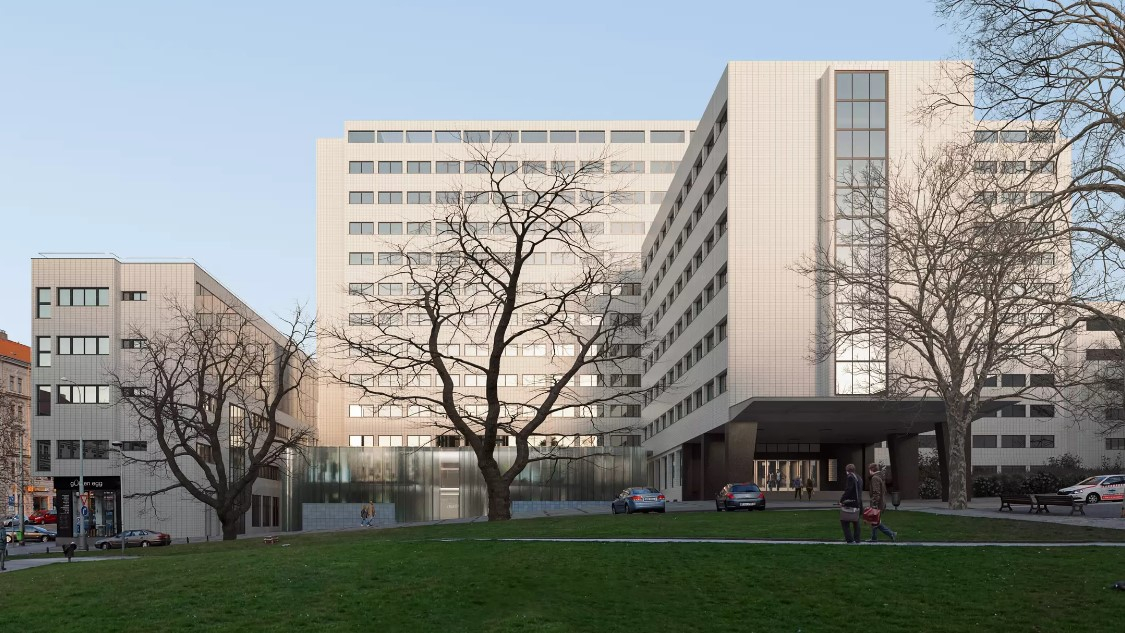 The Dům Radost project in Prague 3 in Žižkov, where SIKO Group as the new owner plans six hundred rental apartments, is one step closer to realisation. The Ministry of Culture has stopped a review procedure that could have seriously complicated the project for the owners, writes Seznamzprávy.cz.


Bathroom furnishing group SIKO, which has been the new owner of Prague's functionalist landmark Dom Radost in Prague 3 since 2018, is now one step closer to converting the former trade union headquarters into an apartment building. The Ministry of Culture has stopped the review procedure, which was initiated by the National Heritage Institute. The latter was bothered by the decision of the Prague City Hall's conservationists, who had given a positive opinion of the project called House of Joy. At the same time, the Ministry of Culture put a proposal to tighten the monument protection of the property on ice.

The new owners have decided to convert the building into rental apartments, with an investment of CZK 1.5 billion to create up to 650 rental units. The subject of the developer's dispute with the state conservationists is mainly the planned new buildings in the place of the currently closed courtyards, where the building's ground plan forms a cross. The conservationists from the Prague City Hall had no problem with the extensions. However, the state National Heritage Institute sees it differently. "Our main objections are directed against the volumetric changes, extensions and additions to the courtyards that change the silhouette of the building," said Andrea Holasová from the office of the director of the National Historical Institute in Prague, adding that "If the Radost House is reconstructed on the basis of the current binding opinion, its monumental values will be affected, not only in the opinion of the National Historical Institute but also of many experts from other cultural and scientific research institutions." However, the investor stands by the fact that the property will not be harmed by the additions. On the contrary, they are said to add a new layer to the palace and open the building up to the people. The Ministry of Culture and officials from the capital's municipality are now also behind the project.

The functionalist building on a cross-shaped plan was designed by architects Josef Havlíček and Karel Honzík in the first half of the 1930s for the General Pension Institute and has been a cultural monument since 1958.