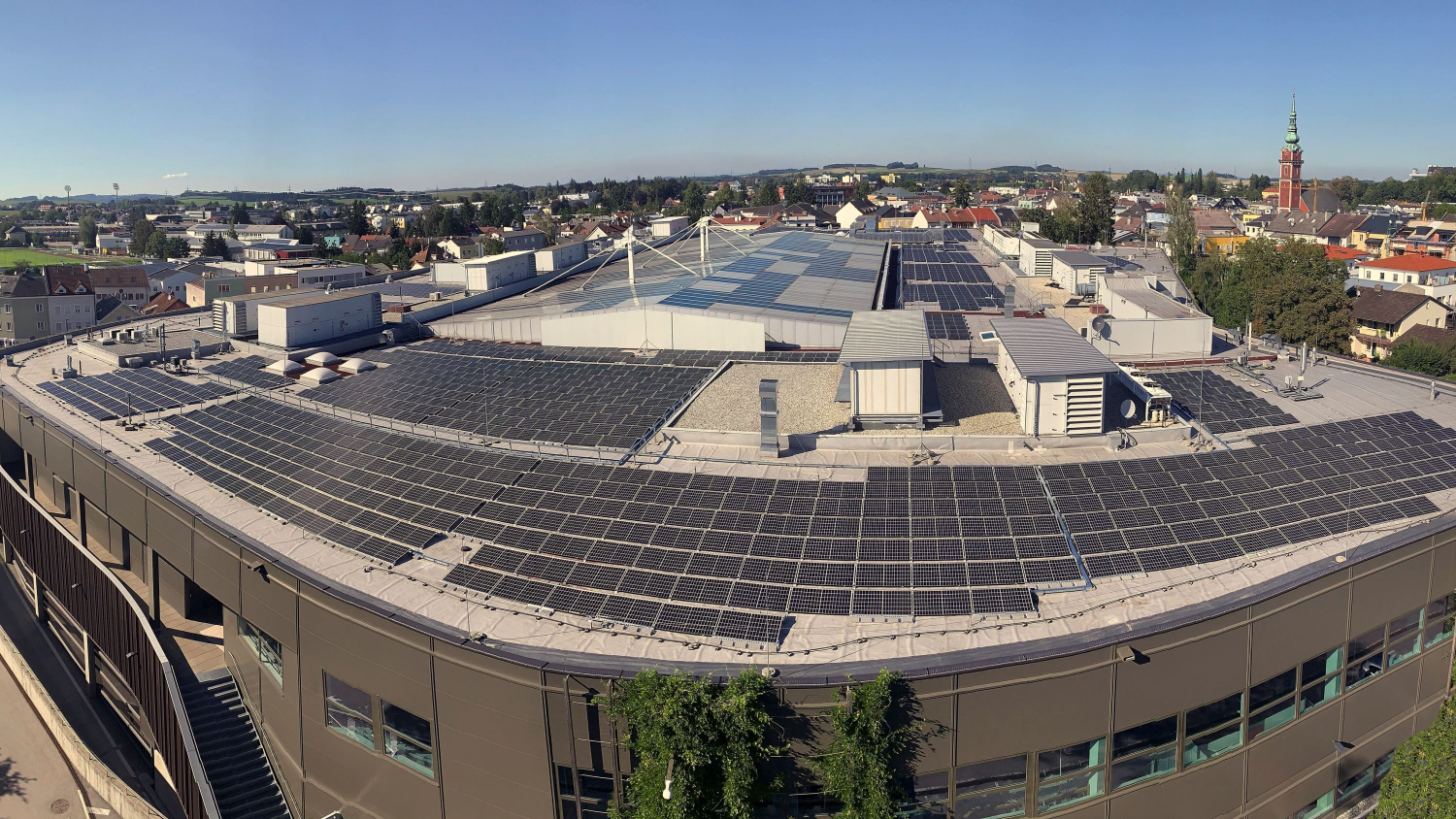 The SES-operated shopping centre Weberzeile located in Ried, Upper Austria, now generates its own environmentally friendly solar power, which is also the case at SES shopping centre Murpark in Graz. Last week, SES Spar European Shopping Centers commenced operation of a 520-kWp photovoltaic rooftop installation, which produces approximately 500,000 kilowatt-hours of clean electricity per year for its own use and reduces CO2 emissions by 128 tons. The photovoltaic system installed atop Weberzeile is the largest to be mounted by SES to date and is the benchmark for the installation of solar power systems on the roofs of other SES shopping centres throughout Austria.


SES is committed to sustainable construction and environmentally friendly and resource-saving operations for all of its properties. To that end, SES has adopted a clear energy policy and has made substantial investments in the use of environmentally friendly energy at its shopping destinations. Particular focus has been placed on the increased use of photovoltaics, with the objective of installing photovoltaic systems on 50% of available roof surfaces of its shopping centres by 2050, which includes all roof areas that are not used as parking decks, terraces, or leisure hotspots. Since 2018, SES has operated a system on the roof of Murpark Graz, which generates approximately 170,000 kWh of electricity. Weberzeile, situated in the city centre of Ried, is now following suit.

“SES shopping centres have received several international awards for sustainable development and operation. We have been consistently following this approach for decades – environmentally conscious action is an important part of our corporate DNA,” says Marcus Wild, CEO of SES.

The newly installed system in Ried was put into operation last week. Approximately 1,500 solar panels were installed on an area of more than 4,100 square meters in just under seven weeks. The panels cover roughly 50% of the roof areas of Weberzeile, and they are used to generate environmentally friendly electricity. The modern 520-kWp photovoltaic system will satisfy nearly 30% of the facility's own electricity requirements.

The photovoltaic system installed atop Weberzeile is the largest to be mounted by SES Spar European Shopping Centers to date and is the benchmark for the installation of solar power systems on the roofs of other SES shopping centres throughout Austria.

In addition, SES has implemented a wide range of environmental protection measures at its approximately 30 centres, including a complete switch to LED, demand-controlled ventilation (air quality), a switch to 100% renewable energy sources, heat recovery and the expansion of electromobility.