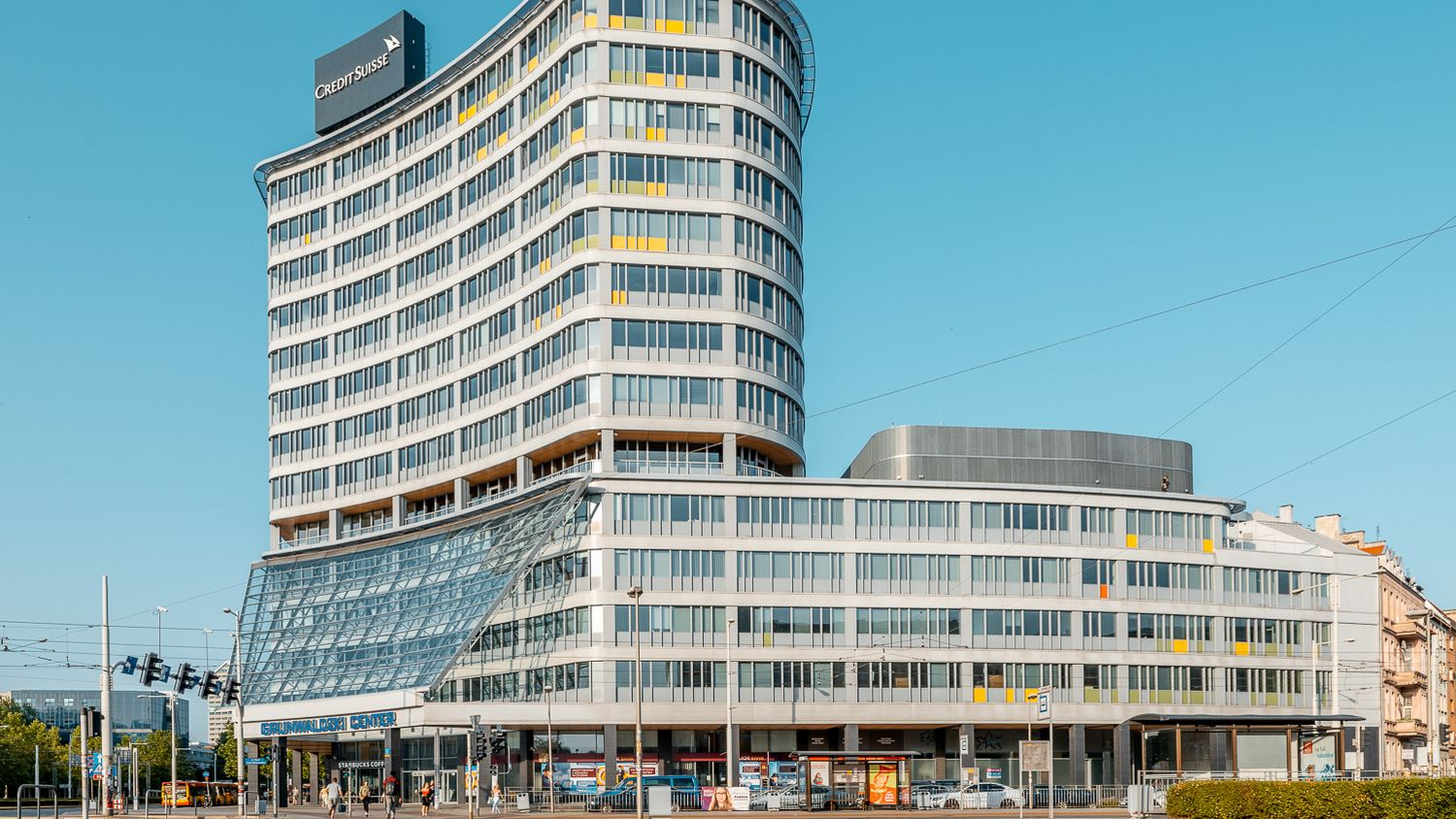 Real estate advisory firm Savills has been appointed as sole letting agent for office space in the Grunwaldzki Center in Wrocław.


The Grunwaldzki Center has 27,400 sqm of office space and is among the tallest office buildings in Wrocław. Its windows overlook the city’s skyline, including the nearby zoo and the Centennial Hall. It is named after its location in Grunwaldzki Square, which is a major transportation hub in the city. There are three universities nearby: the Medical University, the University of Environmental and Life Sciences, and the University of Science and Technology.

The property, on which Savills will act as a letting agent, is currently undergoing a refurbishment that has already seen reception desk areas revamped. Tenant amenities include a canteen, a kiosk, a Starbucks, two bank branches, a PZU office and a Żabka store. Looking ahead, more services for tenants are scheduled to be added in the office building in the near future.

The Grunwaldzki Center is a green building and has been certified as BREEAM Very Good. Its owner continues to implement environmental measures such as installing photovoltaic panels on the rooftop, increasing the number of bicycle parking spaces and replacing traditional lighting with LEDs in the building’s communal areas. The summer will see the opening of a green zone for employees where they will be able to relax in alleys screened by a lattice structure with live vegetation on. The zone will also provide benches and tables for working in the open air.

“With these changes underway, the Grunwaldzki Center is becoming greener and increasingly meeting the current needs of tenants, while retaining its biggest advantage, that is a prime location. Its refurbished interior looks very modern and can easily compete with new office projects, and the new green zone in front of the building will certainly become its showpiece,” says Bartosz Plewa, Savills Wrocław office.