Redevelopment of Budapest CBD building to start in 2018 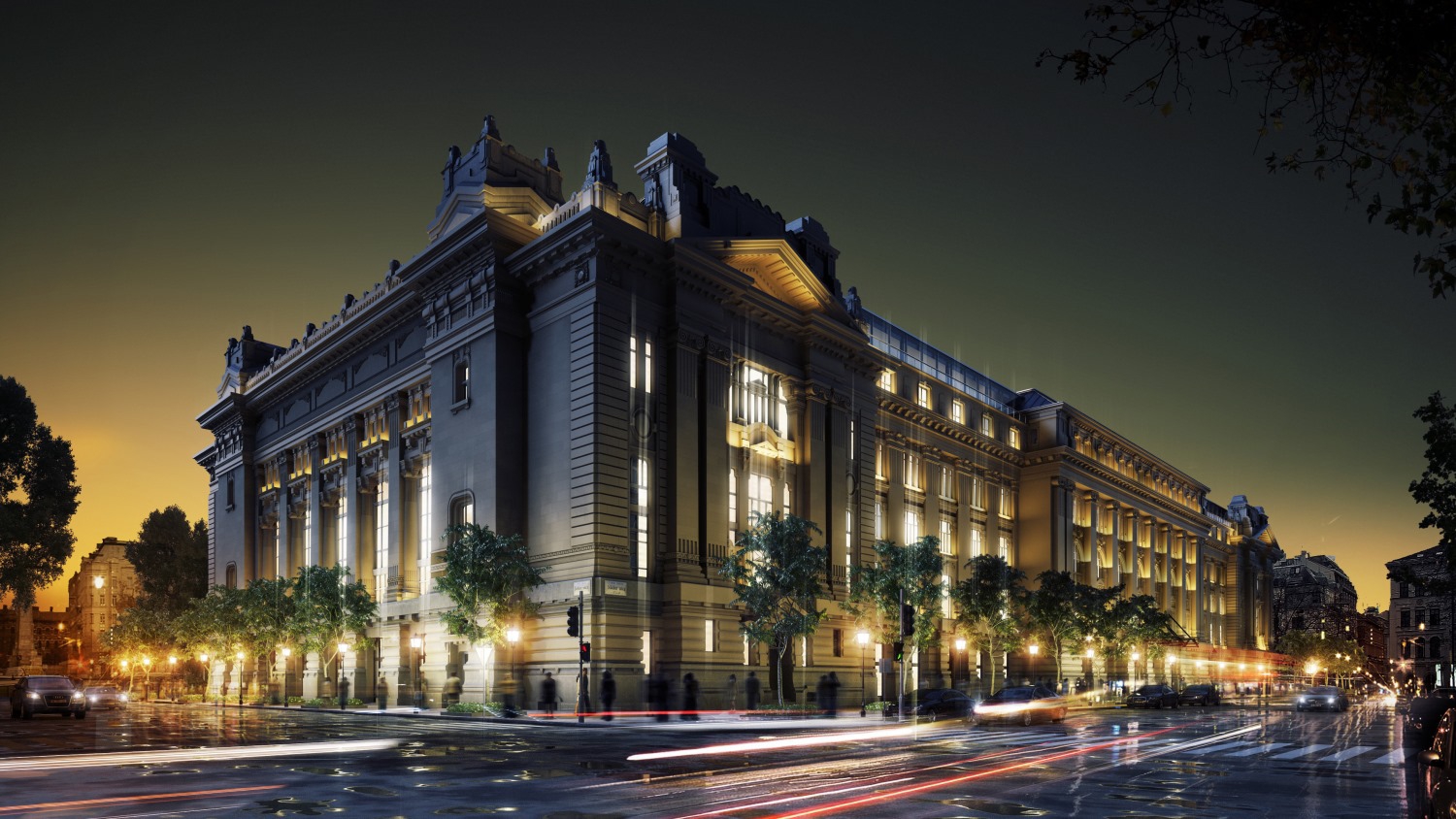 Reconstruction works on the former HQ of the Budapest Stock Exchange and the Hungarian Television are planned to start at the beginning of 2018 with a budget of €38 million. The 100-year-old building will be reborn as Exchange Palace, an office building with approximately 31,700 sqm of GLA:

Within the 50,000 sqm monument, which was built in eclectic and Art Nouveau style, the developer is rebuilding approximately 31,700 sqm. The property will comprise app. 25,700 sqm of Class A+ office space and app. 6,000 sqm of retail space.  The functions of the space used by its old tenant, MTV, won’t change significantly, but CMA Architects will rethink the spaces – even the two stock halls and the roofs will be rebuilt into offices providing tenants either cellular, open or loft spaces, green roof terraces, courtyards and panoramic view. Furthermore, the developer aims to acquire a green certification focusing on wellbeing that hasn’t been applied in Hungary yet. The Canadian Tippin Corporation’s subsidiary, the owner of Exchange Palace, named JLL as the leasing agency of the building. Asking rents are expected to be between €18-25/sqm/month. Leasing starts in the middle of May 2017. The building is expected to welcome its first tenants in the beginning of 2020.
Michael Tippin, the Canadian owner of Tippin Corporation explained: „ Reconstruction works are planned to start at the beginning of 2018 with a budget of about €38 million. The history of Budapest’s old stock exchange, built in 1905 and designed by Ignác Alpár, is determinative, therefore during the refurbishment we put a great emphasis on the preservation of the historical bourse. In the rooms which were destroyed in the past century, we employ glass-steel solutions.”
Ferenc Furulyás, managing director of JLL added: „ The steady demand justifies to start the development of Exchange Palace as the vacancy rate in the CBD office submarket has decreased to 9,7% in the first quarter of 2017 compared to the end of 2016 (10,6%).”