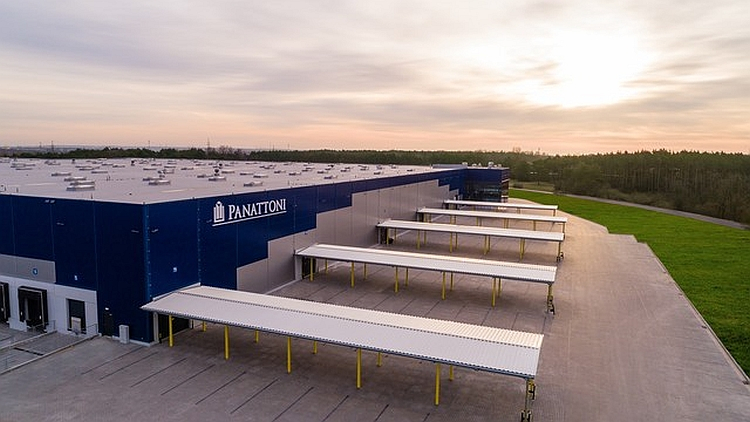 Over the year, the developer signed lease agreements with such clients as Media Expert, 4f, InPost, Allegro and Phoenix Contact for over 2.1 million sqm of space – 800,000 sqm more than the previous year. This volume was achieved in spite of the outbreak of the epidemic in March and was mainly due to the e-commerce boom. The strong performance of the warehouse and industrial market was also the result of other new trends – such as the shift of production from Asia closer to the end consumer and retail networks securing the continuity of their supply chains.


During the lockdown, e-commerce became one of the main sales channels and driving forces of the logistics sector. The growing importance of e-commerce had already been evident for some time, but the pandemic prompted a switch in massive numbers from traditional retail channels to the web. It has been estimated that the value of the e-commerce market in 2020 increased by 16–18% to over PLN 44 billion. In 2023 its value should reach PLN 58 billion. According to the recent ‘Europe 2020: E-Commerce Region’ report, the overall value of European e-commerce is expected to surpass €700 billion by the end of 2020. This represents a growth of 12.7% on the previous year.

With internet orders and turnover growing so rapidly, e-commerce companies are finding that they need new space to meet the growing demand. According to Panattoni, e-commerce investment this year accounted for almost 30% of the developer's projects. One example of this is Globalway (part of the Costway group) – a supplier of such goods as toys, furniture, sports accessories and interior design products from China – which has leased all of Panattoni Park Tricity East IV (52,000 sqm). The Gdańsk distribution centre is to be used by the company for trade on the Polish market as well as across Europe. Globalway’s strategic partners include such companies as Walmart, Amazon, eBay, Wish and Home Depot.

The demand for warehousing is continuing to grow, and not only for large warehouses for the internet giants. Now that customers increasingly expect to receive their orders as quickly as possible, the demand for logistics operators and reloading platforms as close as they can be to the end-consumer and for space in city parks or smaller towns has also been growing, thus ensuring last-mile delivery. InPost, one of the largest logistics operators in Poland, already occupies more than 30,000 sqm of modern warehouse space provided by Panattoni in Toruń, Szczecin, Opole and Olsztyn, among other locations. In the last quarter of 2020, it moved into facilities in A2 East Warsaw Park (8,200 sqm), Panattoni Park Lublin III (8,100 sqm), Panattoni Park Bydgoszcz II (2,470 sqm), Panattoni Park Białystok II (8,500 sqm) and City Logistics Kraków 1 (9,000 sqm).

Retail chains also had a major impact on the warehouse rental market last year, when they had to refine their omnichannel strategies, focusing more on online sales and their online stores. This prompted them into securing their supply chains and switching from previously popular just-in-time delivery to occupying additional warehouse space. Last March, the developer leased out 35,000 sqm in Panattoni Park Gliwice III to a large retail chain that was looking to fulfil online orders for products from the non-food segment, such as clothing and sports goods as well as garden and home accessories (including household appliances).

Manufacturing companies have been accounting for a greater proportion of the demand for industrial space, and due to the pandemic and problems with imports, they are increasingly thinking of diversifying their supply lines rather than relying on a single Asian sub-supplier. By moving production closer to the end-consumer, Poland has been transformed into the ideal location. This is due to its geographical location in the centre of Europe, as well as the fact that labour costs are still lower here and the access to qualified employees is better than ever. By setting up new production lines closer to their markets, companies have been able to shorten their supply chains and secure them. One example of this approach is the development by Panattoni of a modern factory in Rzeszów for Phoenix Contact E-Mobility – a company specialising in electromobility. From the beginning of 2021, the 15,000 sqm facility will produce and test a variety of charging cables for leading electric vehicle manufacturers.

Caring for the environment has also been taking on greater importance in the industrial real estate sector. The sustainable use of resources as well as environmentally-friendly and energy-saving approaches are starting to play an increasingly crucial role in many enterprises. Thus more and more investors are insisting that their warehouses and production halls are built in line with sustainable development principles. This is a trend that was already evident and from which there is no turning back, given the increasingly pressing issue of climate change – especially since switching to green energy also means a significant reduction in operating costs. Following these market trends, Panattoni has launched its Go Earthwise with Panattoni sustainable development programme, through which it has been able to significantly reduce the environmental impact of its investments and ensure the wellbeing of the people working in them. For example, all the facilities built by Panattoni now have increased roof and wall insulation as well as increased air-tightness, which results in the reduction of exhaust emissions and carbon dioxide thus generating energy savings of up to 20% for heating a facility. With help from the latest technology, electricity usage management and keeping the water consumption to a minimum, utility bills can be reduced by as much as 60–70%. In addition to this, in order to improve work comfort, Panattoni has introduced glazed façades as standard thus increasing the sunlight penetration, while also expanding the green and relaxation zones (including new plantings and bee hotels) around the facilities.

How effective these measures have been can be seen in the BREEAM certification of t Panattoni’s developments at the ‘Very Good’ level. In the last year alone, certificates with such a grade were awarded to parks in Poland with a combined area of 520,400 sqm. In total, Panattoni has now completed 50 facilities in Poland in line with the sustainable development concept. This amounts to a total of 2.6 million sqm of certified space, with another 1.5 million sqm in the pipeline. The developer's projects in the UK and the Czech Republic are also subject to certification. To date, 100 of Panattoni’s projects have received the certificate. Panattoni is now planning to certify another 2.5 million sqm across Europe.