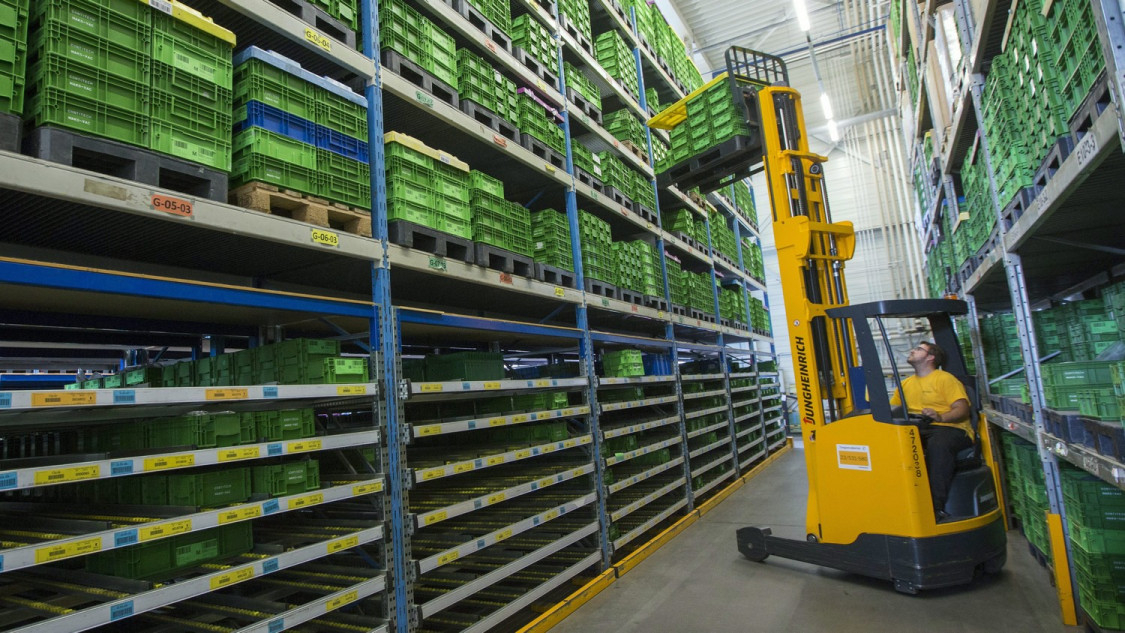 Investors and developers from all over the world are in a race for a slice of Poland's rapidly-developing warehouse market cake. Property Forum takes a look at the new and expanding players that have made headlines in recent months.


The warehouse and logistics market in Poland is clearly the winner of new, pandemic economy conditions. Despite the generally turbulent situation, it observed spectacular, record-breaking results in 2020. According to Cushman & Wakefield, during the last 12 months, the total warehouse take-up hit close to 5 million sqm for the first time in history, representing a 24% increase year-on-year. New leases and expansions accounted for nearly 70% of that total, equating to approximately 3.45 million sqm. Driven by the rapid e-commerce and logistics development, growing consumer demand for FMCG, electronics, home appliances, furniture and homeware, the warehouse market in Poland is considered – aside from PRS sector – as a safe and profitable investment opportunity by capital from all over the world. Only in 2020, with about €2.6 billion transacted, industrial investments took up 50% of the total investment volume in Poland and outperformed the sector’s volume achieved the year before by almost 70%. The first months of 2021 are just a parade of new players, announcing the purchases of warehousing projects and the construction of new ones.

At the beginning of February, CTP Group, a Czech-based commercial real estate owner, developer and manager has announced a partnership with MDC², a new entity headed by experienced real estate manager Hadley Dean. Both partners plan to develop full-service business parks throughout Poland. Construction in the first three locations is about to start at any moment and CTP will invest €200 million during the first year of the project.

“Poland is not only the largest economy in CEE; its strategic location and proximity to Germany also make it a logistics hotspot,” explains Remon Vos, CEO of CTP. “As we start construction in Warsaw and Katowice, we keep exploring other locations in Poland to build hi-tech, sustainable parks for our 700 clients. The demand we are seeing for logistics and industrial property in the Warsaw area and other large Polish cities is immense.”

MDC² is a new team of senior property experts that have developed over three million sqm of logistics parks in the last 15 years. The joint venture with CTP Group allows MDC² to commence five new construction projects in Warsaw, Łódź, Zabrze, Opole and Iłowa in Q3 2021.

Asian, African and American are in the game too

Just two weeks later, London-based investor Tritax EuroBox has agreed to sell its Castorama warehouse in Łódź for €65.5 million to Savills Investment Management, acting on behalf of the Vestas European Strategic Allocation Logistics Fund (VESALF I). This entity is among the first ‘blind’ funds raised solely from Korean institutional investors to invest in European real estate and targets core/core-plus logistics assets across all key European markets. According to Tritax EuroBox, the €65.5 million price was 15% above the asset’s most recent valuation on 30 September 2020. The warehouse is a 101,000 sqm BTS project built by Panattoni and will be leased to Castorama for another 6.5 years.

Not only Asian and European entities are interested in the Polish industrial market.In March, South-African investor Fortress REIT entered it by acquiring two logistics parks in Bydgoszcz and Stargard from Griffin Property Finance. Waimea Logistic Park Bydgoszcz offers 48,300 sqm of existing warehouse space with the possibility to expand to ​​91,000 sqm GLA. Waimea Logistic Park Stargard comprises an existing hall of ​​11,500 sqm and the potential to expand to approximately 80,000 sqm. Both projects are well located within regional industrial zones in the vicinity of urban agglomerations.

“Fortress REIT is South Africa’s third-largest REIT and the largest owner and developer of the core, premium-grade logistics real estate. Fortress is also the largest shareholder in NEPI Rockcastle Plc, active in high-growth retail in Central and Eastern Europe. Central and Eastern Europe’s geographic proximity and infrastructure-rich access to high value Western European economies present a powerful investment case for logistics real estate in the region. This mirrors our own market dynamics and strategy where we also experiencing growth in Logistics. Fortress’s focus to own and develop state-of-the-art logistics parks and combined with our established on-the-ground expertise in logistics and related development in the construction we believe this acquisition will be the start of more to come", said Steven Brown, CEO of Fortress REIT.

Americans are also joining the fray. Trammell Crow Company (TCC), one of the largest real estate development companies in the U.S., has also announced the launch of logistics development capabilities in Europe. It will be overseen by Ian Worboys, a Pan-European logistics specialist and former CEO of P3 Logistic Parks. TCC has also hired Graham Reece as a Senior Vice President, Head of European Logistics Construction. Based in Poland, he will oversee the construction and delivery of all logistics projects in Europe.

As we already mentioned, while many sectors remain hard-hit by the pandemic, the industrial market is seeing strong growth, due to restrictions on brick-and-mortar retail. Given Poland’s strategic location at the crossroads of major European transport routes, further improvements to its transport infrastructure and the growth of urban and cross-border logistics, the market outlook for remains positive for 2021 and beyond. However, foreign investors, who are still on the fence about entering the Polish market should make up their minds quickly. According to JLL, the enormous level of demand, relatively low financing costs and the limited number of prime products on the market suggest that the downward pressure on cap rates should become evident throughout this year. At the end of 2020, prime warehouse yields in Poland stood at 5.75% with exceptionally long leased assets trading at sub. 4.50%.