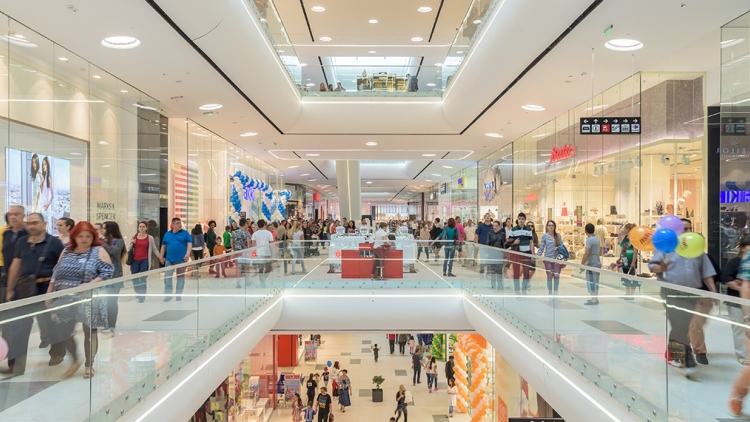 According to a summary of Q1 2017 results, NEPI made progress with planning and permitting for several developments and extensions, including those in Galati, Novi Sad and Ramnicu Valcea. Further to the receipt of certain approvals, Victoriei Office in Bucharest is expected to receive permitting for the internal fit-out during the next quarter, enabling tenants to start operations in the fourth quarter of 2017. Zoning and permitting for the Promenada Mall extension continue to experience delays.

Shopping City Galati extension (Romania)
NEPI commenced construction of the 21,000 sqm GLA extension to Shopping City Galati, currently a 27,200 sqm GLA regional mall. The extension includes an eight-screen Cinema City, food court and international fashion brands, such as Hervis, Jysk, Levi’s, LC Waikiki, Orsay and Pepco. The extension is targeted to be completed during the fourth quarter of 2017.
Promenada Novi Sad (Serbia)
The building permit for the first phase of a 56,000 sqm GLA mall, of approximately 47,000 sqm GLA, in Novi Sad, Serbia’s second largest city, has been obtained and construction is set to start in May 2017. NEPI targets completing the development by the end of 2018. Tenant demand is strong and various international brands are considering entering the scheme.
Ramnicu Valcea Mall (Romania)
Zoning was obtained, while permitting is underway, and construction on the 27,900 sqm GLA regional mall will begin during the second quarter of 2017. Site preparation works have already commenced. The centre will include a Carrefour hypermarket, Cinema City and numerous national and international brands, such as Hervis, Jysk, NewYorker, Orsay and Textil Market. The centre is scheduled to open during the fourth quarter of 2017.