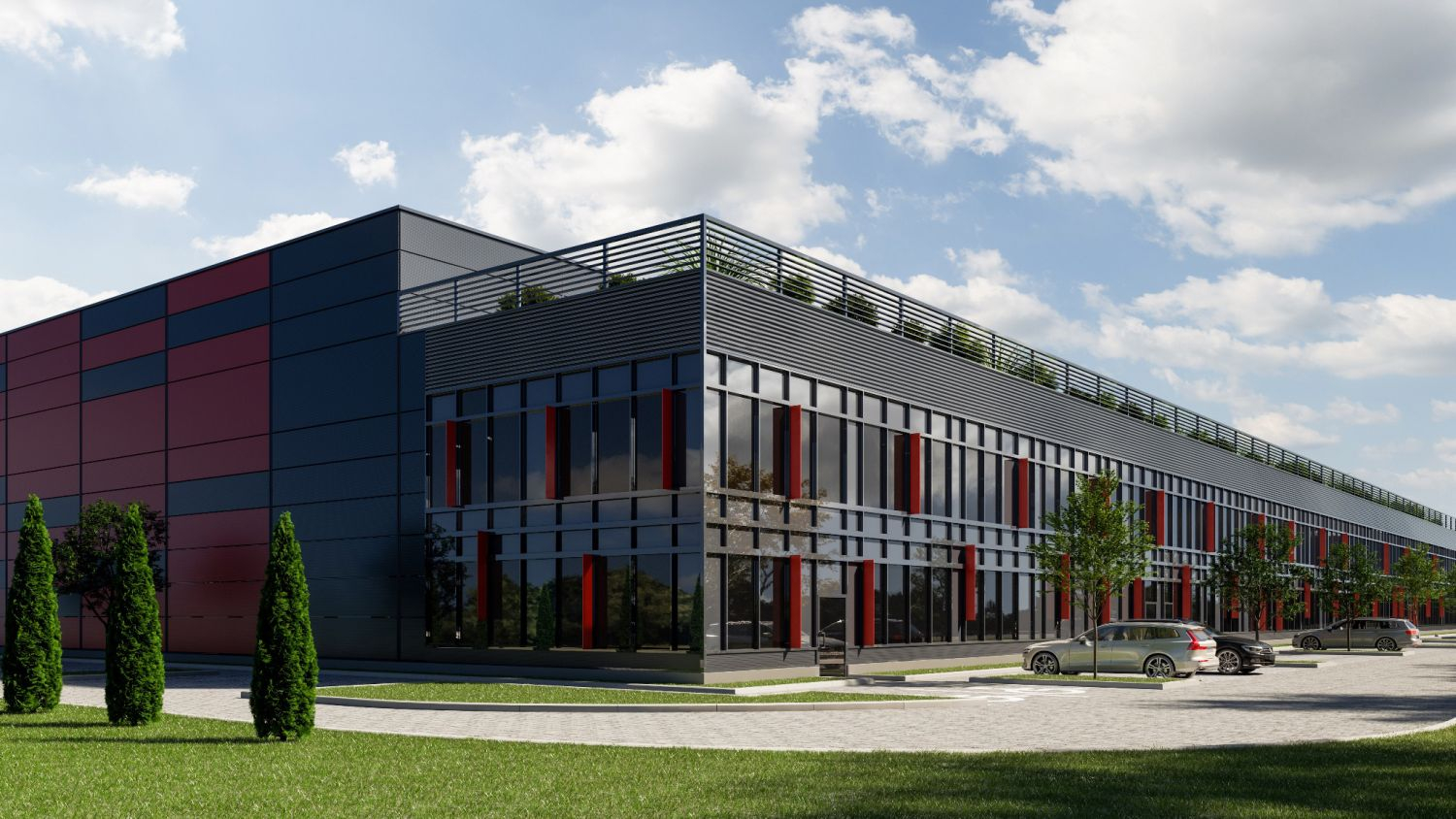 Construction of the first of two warehouse buildings in 7R Park Łódź West II complex is nearing completion. The building has been leased to two tenants. MDH, a subsidiary of the Meyra Group, will soon start its operations in the location. The company produces and sells orthotic supplies for people with movement disorders. During the lease process MDH was supported by the consulting company Axi Immo. VESBO Poland, a distributor of sanitary installations and water filters, has also chosen this location in Łódź


7R Park Łódź West II is a warehouse complex of two facilities located at 96, Maratonska Street, in Łódź. The first building, with a total area of 18,000 sqm GLA, will be completed this month. MDH will occupy both production and warehouse space as well as an office in the facility.

"MDH will establish a distribution centre in 7R Park Łódź West II for the Meyra Group’s Central and Eastern European operations. The selected location will also be used for the production of orthopaedic and preventive products for all customers of the group, which currently exports its products to more than 80 countries worldwide. We have chosen this location because it offers excellent opportunities for the logistics aspect of our operations, as well as the possibility of further development in terms of additional space and associated building infrastructure", says Tadeusz Baczyński, CEO of MDH.

"We have selected 7R's proposal because, among the projects presented to us, this developer proved to be the best at adapting the standard as well as the layout of the building to our expectations. Moreover, the location of 7R Park Łódź West II is convenient as far as commuting is concerned and reduces the risk of losing some of our specialists. We are satisfied with the solutions that have been developed, both in terms of production and warehouse space as well as the area around the property. The new headquarters will play a central role in the group's organization. We will locate the offices of our companies, production and assembly integrated from several existing plants, as well as the servicing of orthopaedic equipment at 7R Park Łódź West II. We expect that this solution will allow us to optimally organize work and communication between all departments", adds Anetta Włodarczyk, Member of the MDH Management Board.

In addition to the area adapted to the needs of production, which is equipped with a compressor room and well-lit by daylight and LED systems, the developer has prepared office spaces in the building, as well as a terrace with a relaxation zone.

"The client expected from us an office space, which in terms of design and modern solutions, had to meet the highest standards. We enjoy such projects because we can use our know-how and show the quality of our work. The office was designed on two floors of the building, with a special glass facade allowing natural light into the work areas. Additionally, on the roof of the second floor, we have prepared a terrace with a great deal of greenery, along with recreation zones and meeting places for employees. An important aspect of the project is its landscaped surroundings, i.e. the arrangement of space around the building, the design of which has a positive impact on the well-being of employees. Our goal, as with every project, is to deliver a property which meets all of the tenants' requirements in every respect", says Maciej Krawiecki, Head of Leasing at 7R.

AXI Immo advised MDH in the process of selecting a new location.

The second tenant of the newly built facility at 7R Park Łódź West II is VESBO, which will occupy almost 5,000 sqm of warehouse and office space. The tenant will start logistic operations in the park in October of this year. VESBO Poland is a company with a great deal of experience in selling sanitary installations and water filters. Its product range includes VESBO and VPremium branded installations.

"Due to our continued growth, we were looking for a location that met conditions including a convenient location, modern office space and a large warehouse area. The previous VESBO office did not allow for further development, because we simply lacked the space, and the busy main streets of Łódź made it difficult to transport products on time. In addition, the noise from nearby roads did not contribute to a comfortable working environment for our employees. All of these inconveniences have been remedied by renting a modern facility, which is surrounded by greenery and is within easy reach of major logistic routes. Thanks to this, VESBO will be able to implement its plans in much more favourable conditions and strengthen its position on the market", says Jarosław Gorczyca, President of the Management Board of Vesbo Poland.

7R Park Łódź West II is being developed on a post-industrial site. Before starting work on the development, 7R first completed the demolition of the old railroad overpass, removing the railroad embankment and various buildings. The general contractor for the investment is Commercecon. This is the third joint investment between Commercecon and 7R in Łódź. Kwadrat studio is responsible for the architectural design of the warehouse park.

7R Park Łódź West II consists of two warehouse facilities with a total area of approximately 52,000 sqm. The project’s location, in the western part of Łódź, is well-served by public transport and roads, thanks to the newly built S14 ring road. The proximity to the A1 and A2 freeways is another positive aspect of the location for logistics operations.