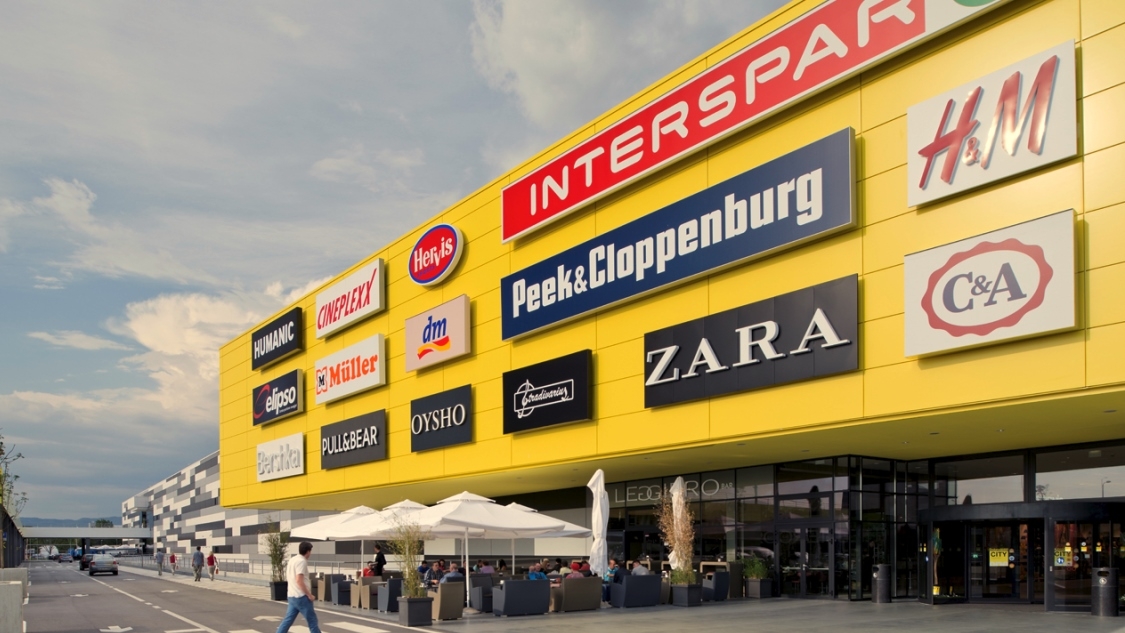 Hystead Limited, a UK company co-owned by Hyprop Investments Limited (Hyprop) and PDI Investment Holdings Limited (PDI), has acquired a 90% interest in two Croatian shopping centres. The purchase consideration net of €154.4 million asset-based finance is €129.1 million, of which Hyprop’s effective share is approximately €77.5 million. The two malls, namely City Center one Zagreb West and City Center one Zagreb East, are located in Zagreb, the capital of Croatia. The transaction is conditional upon approval of the Croatian competition authority and is expected to close at the end of March 2018.

Hyprop’s South-Eastern Europe strategy is to acquire dominant shopping centres through Hystead. Hyprop has a 60% interest in Hystead and PDI, a company associated with Louis Norval, a non-executive director of Hyprop, holds the remaining 40%. After the completion of this transaction, Hystead will own six shopping centres in five countries, with a gross asset value exceeding €740 million. Hyprop intends to secure a separate listing of Hystead on the Euro MTF market of the Luxembourg Stock Exchange and on the Main Board of the JSE within the next six months.
Hystead has entered into a joint venture agreement with WKB 3, an Austrian-based company that developed, and has been the property and asset manager of the two shopping centres, through their operating company CC Real. CC Real has successfully developed numerous real estate projects in Austria and South-Eastern Europe. They have expertise in the fields of planning, developing and managing entertainment and shopping centres and employ 140 people. WKB 3 will retain a 10% interest after the acquisition and CC Real will perform the property management function for an initial period of eighteen months.
Hyprop CEO Pieter Prinsloo says: “The acquisition is the further realisation of our strategy of investing in high-quality shopping centres that are dominant in their catchment areas.” The shopping centres were acquired at a combined property yield of approximately 7% and are expected to enhance Hyprop’s distributions to shareholders. Asset-based funding (loan-to-value of 55%) has been secured on a five-year term, and a bridge loan facility for the purchase consideration, payable by Hystead, has been secured until the listing occurs.
Both shopping centres occupy a dominant position within Zagreb, with a strong tenant mix of key international brands and a substantial catchment area. Prinsloo adds: “Both centres offer expansion potential with the opportunity to further enhance the offering.” City Center one Zagreb West has potential to add 13 600 sqm GLA, which would provide an opportunity to introduce a special mall area for premium brands in Croatia. City Center one Zagreb East has an additional 10 000 sqm GLA which would encompass an extended food court, new fashion anchors and improved visibility from the main road. “The majority of the leases are denominated in Euros or are Euro-linked, thereby providing currency stability and offering growth potential.”
“This is Hystead’s second entry into an EU country, following our acquisition in Bulgaria last year, and further enhances the overall quality and profile of the Hystead portfolio,” concludes Prinsloo.
After the completion of this transaction Hystead will own six properties in South-Eastern Europe, namely Delta City Podgorica (Montenegro), Delta City Belgrade (Serbia), Skopje City Mall (Macedonia), The Mall in Sofia (Bulgaria), City Center one Zagreb West and City Center one Zagreb East in Zagreb (Croatia).