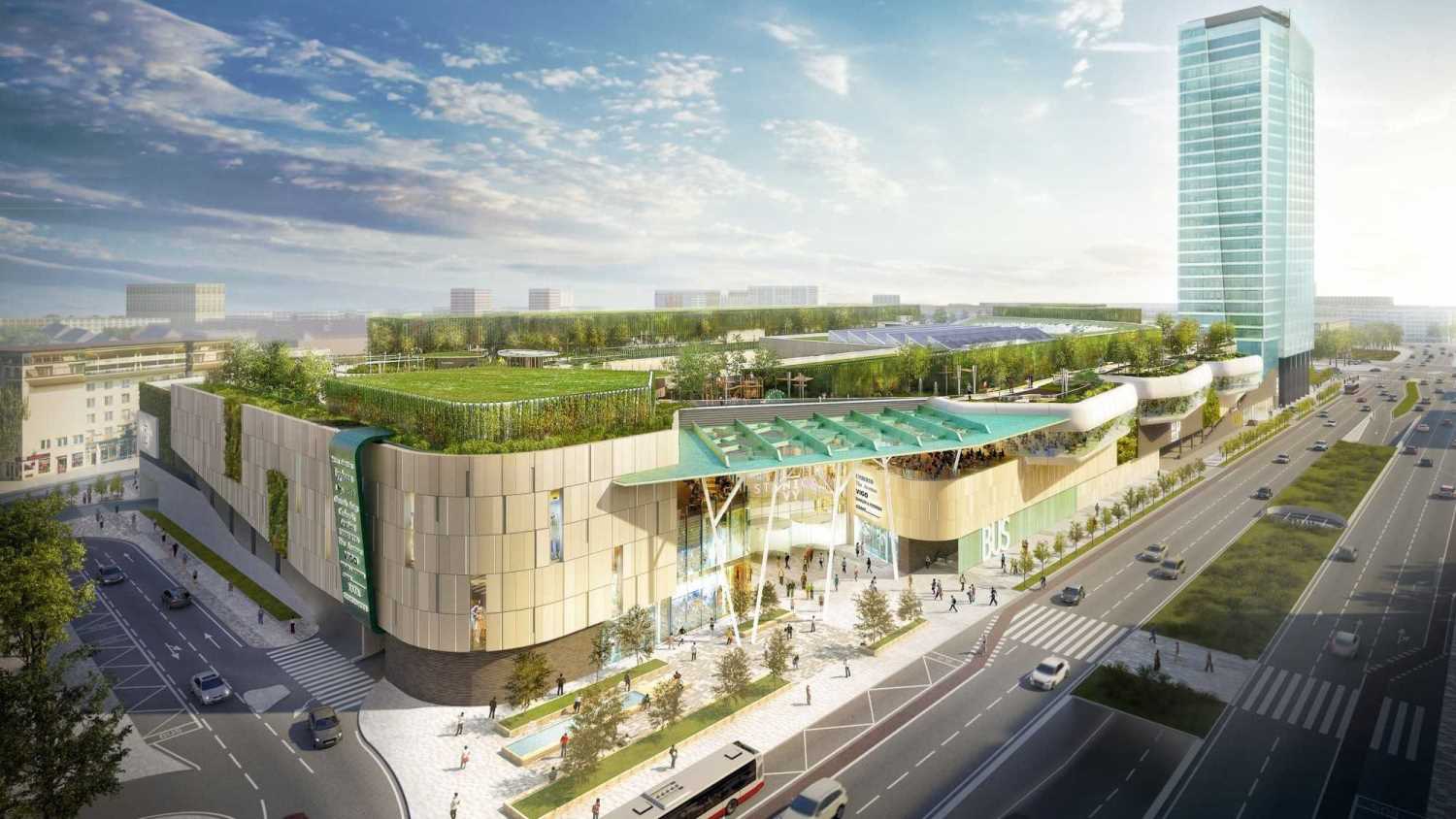 HB Reavis has started the construction of the Stanica Nivy project in Bratislava. The Nivy Tower office building is the first to be built and is destined to become a landmark with the highest point reaching 125 metres.  The remaining construction of the scheme, which will include a new supra regional shopping centre, a modern marketplace and international bus terminal, will be launched in the summer.

The Nivy Tower marks the first phase of Stanica Nivy, a business and transport hub that will create a new eastern gateway to Bratislava. The project will deliver a total of 70,000 sqm of retail space, over 31,000 sqm of lettable office space, a 3,000 sqm fresh produce market and 30,000 sqm bus terminal. The Nivy Tower, scheduled for completion by the beginning of 2020, aims for Gold-level WELL Building Core and Shell certification as the first ever scheme in the Slovak Republic. Nivy Tower has been designed by British architectural studio Benoy in collaboration with the Slovak studio Siebert + Talaš. The two practices also developed the conceptual design for the wider Stanica Nivy project. Stanica Nivy also features a green roof, covering an area equivalent to the size of two football pitches. Designed by landscape experts BDP, the green roof will offer communal gardens, chill out zones and a running track. The site’s bus terminal will be moved underground to a climate-controlled area, similar to existing stations in Madrid and New York, delivering better air quality and reduced noise levels to the surrounding area. It is expected to handle around 20,000 travellers a day when completed.
As part of the Stanica Nivy project HB Reavis intends to construct a cable car line to connect the Nivy district with the other side of the Danube river.