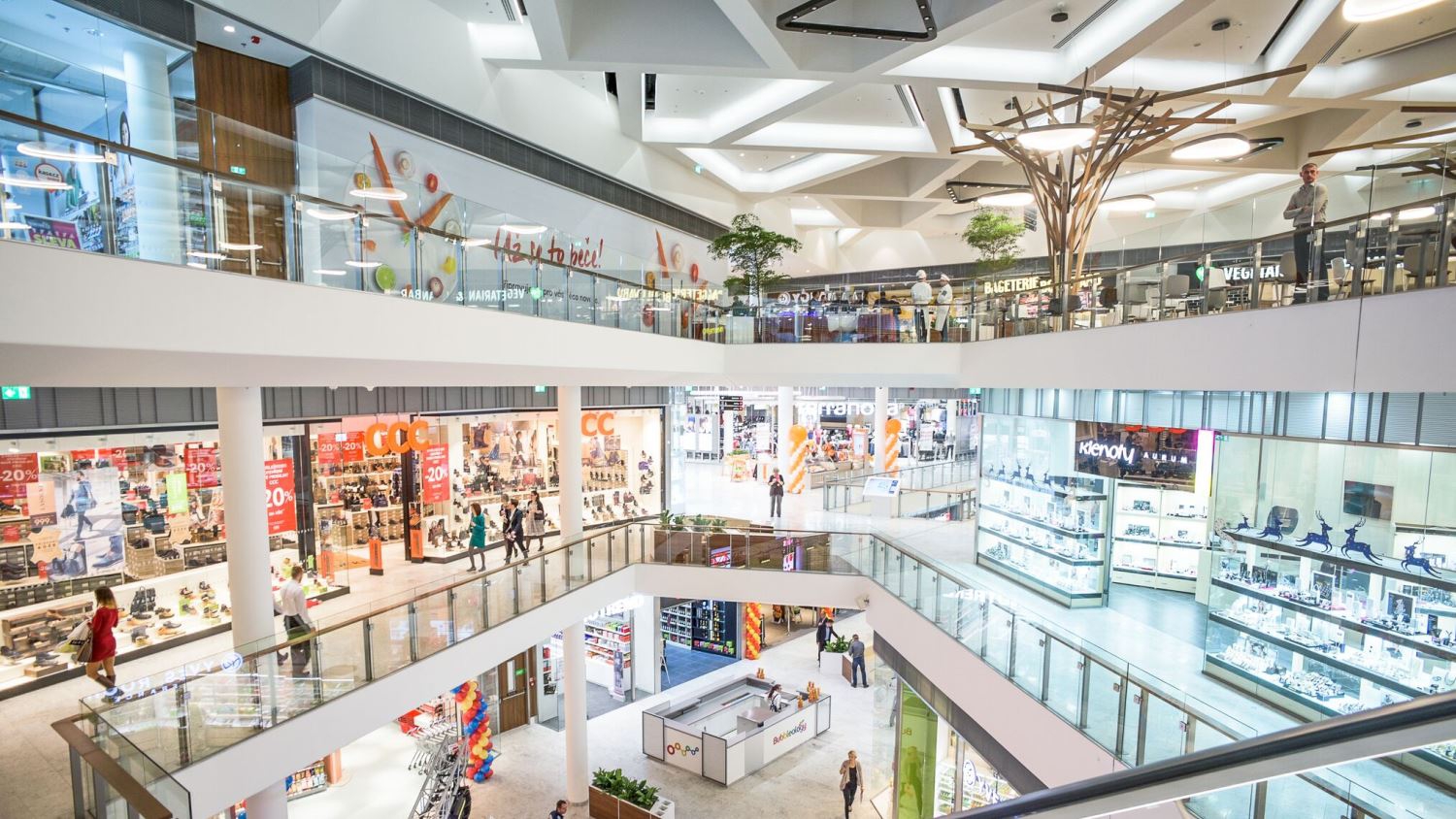 Located in the U Koruny site, Aupark will be accessible from Hradec Kralove main high street, allowing visibility and accessibility for 18,000 passing cars each day. To accommodate, Aupark is designed to offer a large-capacity garage with 1100 parking spots. What’s more, over 42,000 people use the adjacent bus terminal and train station daily, ensuring significant footfall exposure and vibrancy. The wider area will also benefit from the fact that the shopping centre will act as natural end-point on Gocarova Street.
The new 21,000 sqm Aupark in Hradec Kralove will also offer a spacious food court for up to 300 people with several new restaurants and many top brands such as H&M, New Yorker, Terranova, CCC, Reno shoes, Sportisimo, Euronics DM drogerie, and Billa. Aupark also brings a number of completely new brands such as 4F, Celio, ECCO, Gas jeans, Le Premier, My food market and Superdry. The city of Hradec Kralove is the Czech Republic’s third largest urban cluster and lies an hour’s drive to the east of Prague. The city has long had one of the highest standards of living in the country and benefits from excellent transportation infrastructure and civic amenities. In spite of this, Hradec Kralove currently has the lowest saturation of retail space among the Czech Republic’s large cities, with approximately 750 sqm per thousand inhabitants.
HB Reavis saw great potential in the location and decided to develop an inner-city shopping centre that benefits from the proximity of major transport nodes. The construction of the Czech Republic’s only shopping centre to be opened in 2016 took roughly 23 months – from November 2014 to October 2016 – to complete. In addition to opening Aupark, HB Reavis also finished the construction of its latest office building in Prague, the now fully leased Metronom. The company also executed a successful bond issue in May earlier this year.