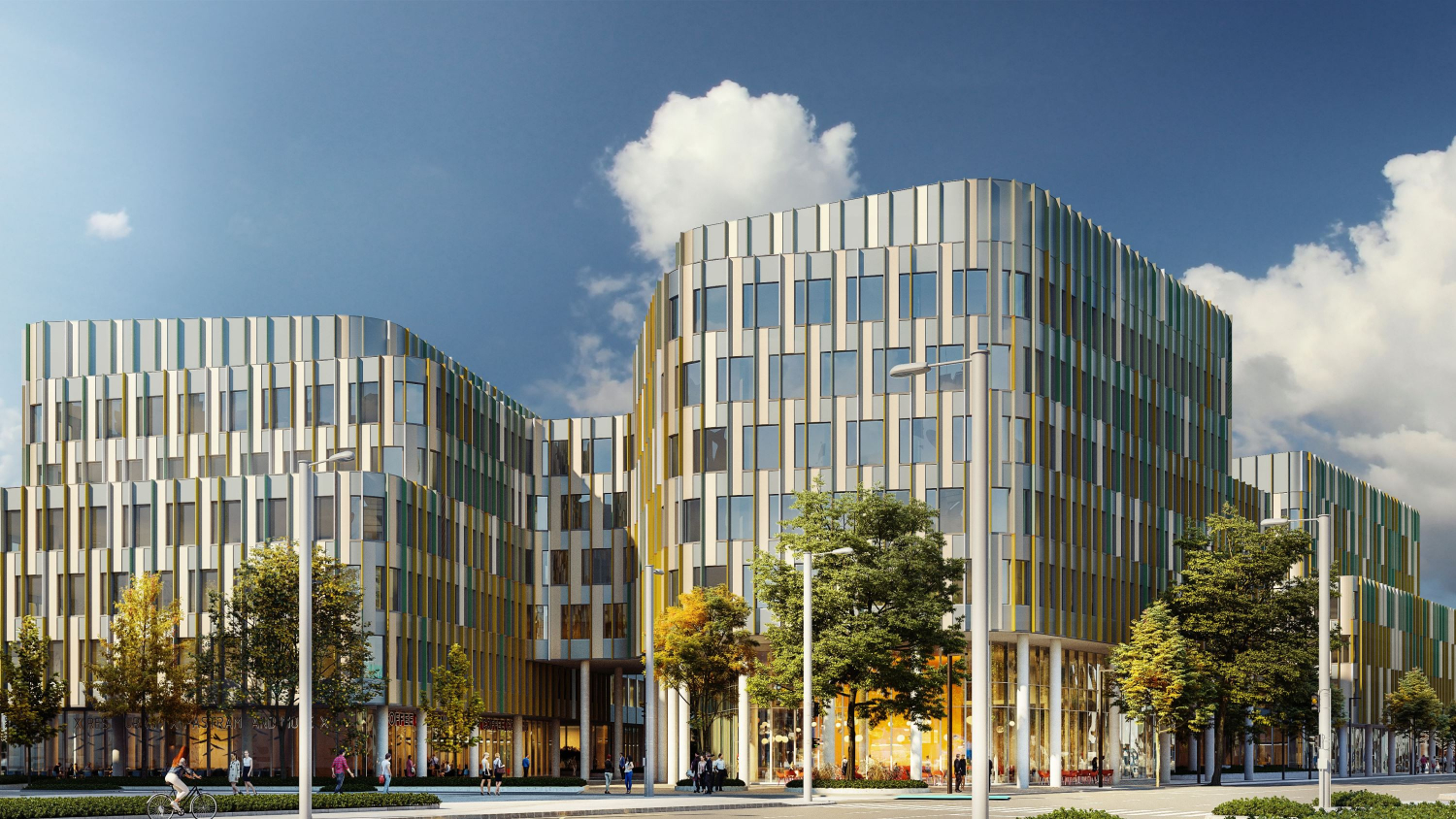 Construction of the Pillar office building has begun in the Váci Road office corridor area of Budapest. The Class A office building of four blocks is being developed by GTC and will be occupied by ExxonMobil in H1 2022. The office building will contain a two-level underground garage, a café, a restaurant, a nursery, a fitness centre. a conference room and other service facilities. Pillar will have a LEED Gold sustainability certificate. The architectural plans for the asymmetrical and unique building with its wavering forms were designed by the ZDA-Zoboki Design & Architecture.


The development area of Pillar is located in the block bordered by streets Dózsa György, Angyalföldi, Botond and Kassák Lajos, directly next to the Váci Street office avenue. The property doesn’t cover the whole block, there are two other buildings which are not affected by the investment.

The six-storey office building will comprise 29,000 sqm GLA above and 14,000 under the ground.

Vast, sunny office spaces will be created on the higher levels, while the ground floor will have service functions, such as a 100 people restaurant, a café with a terrace, fitness and conference rooms, a nursery, as well as smaller shops and service rooms. The two-level underground garage will have 385 parking spaces, alongside electric vehicle charging stations and a car wash. The designers have thought of bikers as well, there will be almost 200 spaces for bikes on the street level, with showers and locker rooms for full convenience.

The four-block office building will get an accentuated city design: with the variation of the wider and narrower sections emitting a wavering effect, the buildings and curved corners will create a characteristic appearance for the whole building. The plans for the buildings were designed by the ZDA- Design & Architecture, winner of multiple FIABCI-awards. This is not the first time that GTC and ZDA has worked together: the Spirál I. Office Building at Dózsa György Street, with its plans designed by ZDA, was finished ten years ago, and the Center Point Office Building at Váci Street was inaugurated fifteen years ago, which has parallels with the current developments in many aspects.

Multiple environment-friendly and sustainability technologies will be used at Pillar, with it having a LEED Gold certificate.

The whole building will be rented by ExxonMobil, with the company playing a possible part in creating the design for the building, as well as the construction phases. The deal between GTC and ExxonMobil is the largest transaction of the Hungarian office market, that has been spent on an office still in development. ExxonMobil will rent all office spaces and the ground-floor conference room, while negotiations are still ongoing regarding the renting of other areas for commercial and other service uses. The development of Pillar is planned to finish at the end of 2021, with the renter moving to the building in H1 2022.