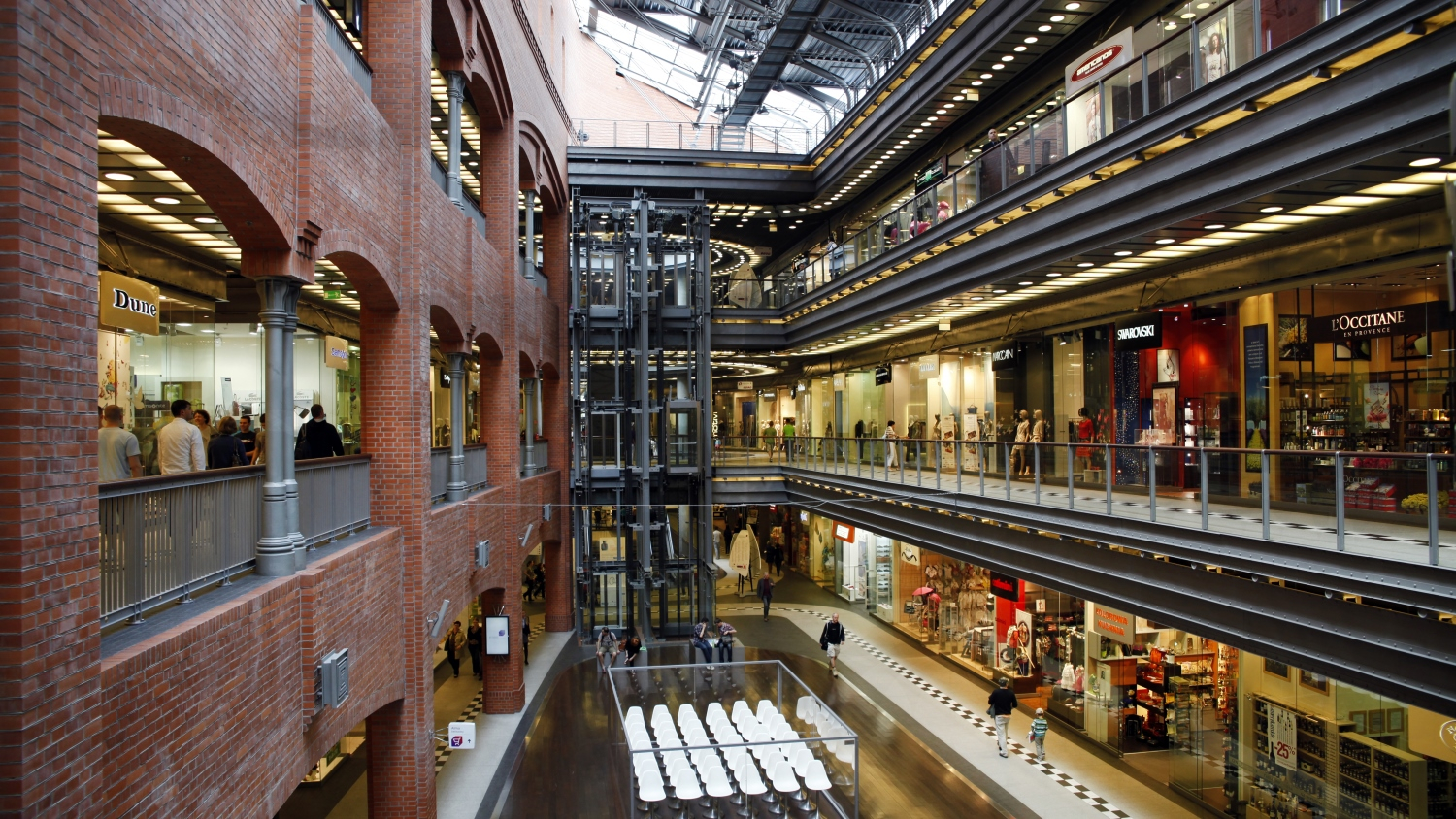 As shopping centre markets reach maturity in most European countries, there will be growing polarisation between successful prime schemes and struggling secondary sites which have to diversify to survive, according to new research from Cushman & Wakefield.

Key findings:
The firm’s annual ‘European Shopping Centre: The Development Story’ report shows that approximately 2.6 million square metres of new shopping centre space was completed in 2018, 28% below the amount added in 2017. The 2018 figure represents the lowest level of completions for 24 years and is comparable with the volumes delivered in the early 1990s when the first traditional shopping centres in Central and Eastern Europe were opening.
However, while the pace of new development has been slowing over the past five years, the total size of the European market is still growing – and now stands at 168.1m sqm – increasing shopping centre competition. As developers try to retain their market positions, they are focusing efforts on redevelopment and refurbishment projects, aimed at creating sophisticated, modern and aesthetically pleasing shopping and leisure centres.
Report author Silvia Jodlowski, Senior Research Analyst at Cushman & Wakefield, said: “Opportunities for new shopping centre development are seen mainly in two types of schemes. Dominant innovative schemes with a strong leisure element, in place of ageing unattractive schemes, or smaller convenience/community retail schemes, where the distance to the store, the presence of a food operator and appropriate tenant mix are crucial factors for a scheme’s success.”
New projects in Central & Eastern Europe
Turkey was the most active country in Central & Eastern Europe, delivering 525,000 sqm of new space. The amount of new supply was down almost 50% compared to 2017, as developers begin the transition towards smaller schemes and focus on the renovation/optimization of existing centres. In Russia, the second most active European market for development activity in 2018, the volume of completions reached 436,000 sqm. While this is the lowest figure in 15 years, there is expected to be an increase in 2019/20, with 1.8 million sqm currently under construction.
The positive economic backdrop in Poland has provided a solid platform for retail development. In 2018, approximately 300,000 sqm of new space was added to the market, the third highest figure in Europe. As is the case in Western Europe, the growth of e-commerce means competition is strengthening, forcing landlords to focus on making their schemes more attractive to visitors.
Małgorzata Dziubińska, Associate Director, Consulting and Research, Cushman & Wakefield Poland, said: “Poland remains the green island of Europe, being the third most active market for retail space development in shopping centres and mixed-use schemes in 2018. The maturity of the Polish retail market, increasing competition and evolving customer requirements are, however, forcing landlords and property managers to make changes. This has led to a high number of redevelopment or refurbishment projects currently underway amid rising demand for mixed-use schemes. Due to quite high retail space saturation in larger cities, smaller retail schemes being more appropriate for unsaturated markets will have an increased share of the total supply. Going forward, annual new supply will, therefore, fall below the levels seen in recent years.”
Elsewhere in Central Europe, development has been stable. In Bulgaria, the Czech Republic, Slovakia and Hungary, markets are approaching maturity. Potential new opportunities lie within mixed-use schemes, downtown areas and hubs of public transport sites. In 2019 and 2020, 4.4. million sqm of new shopping centre space is expected in Central & Eastern Europe.
Silvia Jodlowski added: “Landlords and investors will need to adapt to the polarisation of the shopping centre market. We do not expect to see much further shopping centre development in the traditional sense. In its place, we anticipate a growing number of redevelopments and reconfiguration projects to cater for the growing demand for flexible space.
“Mixed-used schemes are quickly becoming more and more popular as investors realise the true potential they hold. As we see in parts of Europe, with France being a prime example, shopping centre developers are trying to diversify with new formats such as retail parks and hybrid formats including offices, hotels and residential.”