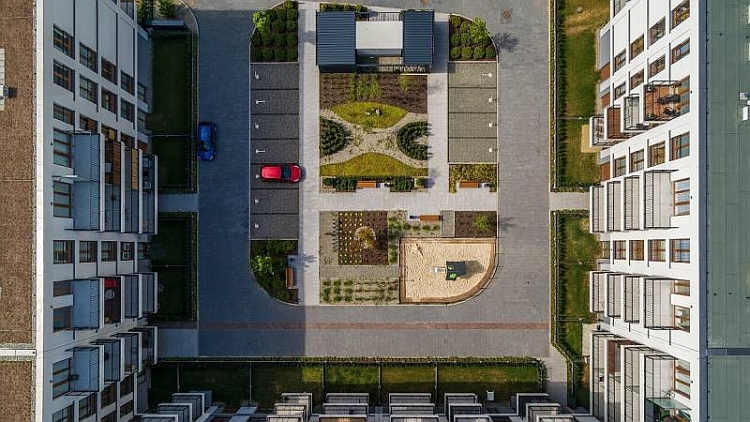 Individual investors subscribed to all K-series bonds offered by Echo Investment. The developer will issue securities with a total nominal value of PLN 50 million.


Echo Investment has been issuing bonds for individual investors since 2014. Until now, securities with a total value of over PLN 630 million have been placed among them, of which PLN 334 million are still traded on the stock exchange and the rest have been redeemed at their maturity dates. Subscriptions for the K-series bonds started on January 10 and lasted until January 21, 2022. Subscriptions for more than PLN 233 million were accepted, resulting in a reduction rate of 79% and the offering was more than four times oversubscribed.

"We are pleased that the issue addressed to individual investors attracted so much interest. It confirms the confidence that investors have in Echo Investment, its strategy and projects. We plan to employ the funds obtained from the bond issue mainly to finance the development of our residential business. Our group currently holds a land bank with almost 15 thousand apartments to be built within the next few years. Thanks to our experience, excellent projects, reputation and favourable market conditions we are able to increase our market share while maintaining high margin on projects," says Maciej Drozd, Echo Investment's Vice-President, CFO.

According to its strategy, Echo Investment intends to continue its growth in the sector of apartments for sale and rent, while maintaining a large scale of operations in commercial properties. In recent years, through its organic growth and the acquisition of Archicom, the Echo Investment Group has become one of the five biggest developers selling apartments in Poland. The value of Echo Investment's assets at the end of the third quarter of 2021 amounted to nearly PLN 6.8 billion and was 25% higher than at the end of 2020. The value of residential assets nearly doubled during this period, largely due to the acquisition of Archicom. After three quarters of 2021 the Group generated a net profit of PLN 117 million.

The offering agent for the K-series bonds was Powszechna Kasa Oszczędności Bank Polski S.A. - the Brokerage House in Warsaw.  The bonds have a 3-year maturity date. Their interest rate is based on WIBOR 6M plus a margin of 4%.

The public offering of up to PLN 50 million of the K-series bonds was carried out on the basis of the prospectus approved by the Polish Financial Supervision Authority on November 26, 2021, as amended by Supplement No. 1.