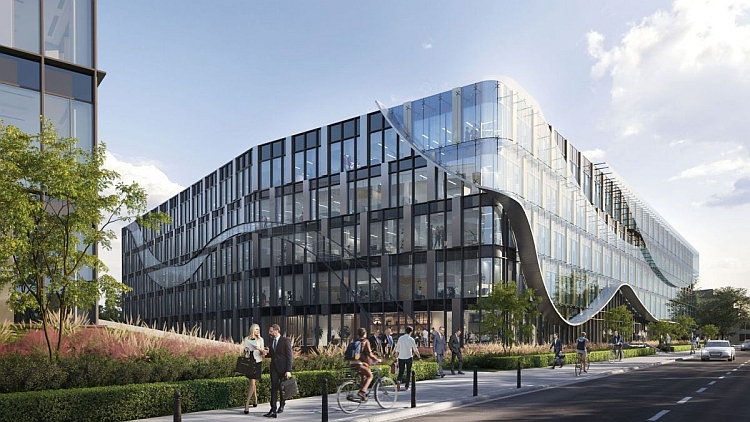 Cavatina Holding has started construction on the second stages of Palio Office Park in Gdańsk and Ocean Office Park in Kraków. The total area of both stages comes to 34,200 sqm.


"We focus on large, multi-stage projects located in the largest and most promising Polish regional cities. Our office buildings enjoy the recognition and interest of tenants, which results in high rates of commercialization of the stages under construction. Therefore, we are starting the construction of the next stages as planned. Due to the pandemic, many developers have postponed the start of new investments and currently, there is the least space under construction in several years, and at the same time, we are observing the development of business or IT service centres in regional cities. Our investments will be ready at the right time to fill a very likely supply gap, so we intend to take this opportunity for further development of Cavatina Holding," said Vice President Daniel Draga.

Palio Office Park, located in the Gdańsk Shipyard, is Cavatina Holding’s first investment in the TriCity. It will comprise eight office buildings with a total of almost 90,000 sqm of office and recreational space. Building B, the construction of which has just started, is the second stage of this investment. The 7,700 sqm building should be completed in the fourth quarter of this year. Building A, with an area of ​​16,500 sqm, is scheduled to come into use in February 2021.

Ocean Office Park is being developed at the junction of ul. Klimeckiego and ul. Nowohucka in Kraków’s Zabłocie district. Eventually, more than 52,000 sqm of office space will be built in the complex in four stages. The first, ​​13,000 sqm stage, is to come into use in Q2 this year. The second building will be the largest office building in the entire complex, with more than 26,500 sqm of leasable space. Its completion is scheduled for the end of next year.