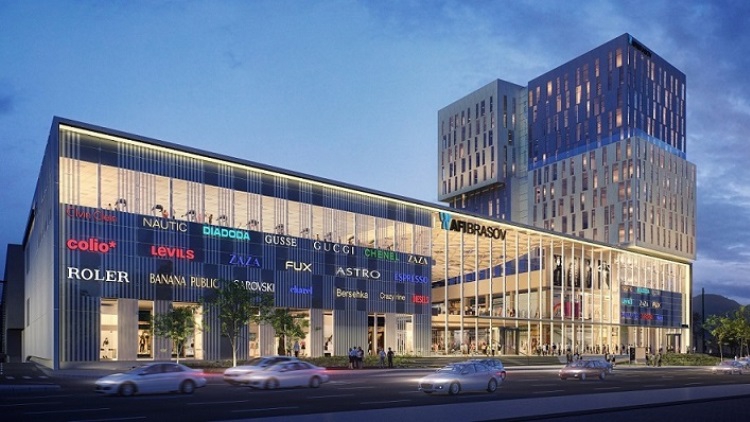 AFI Brasov has recently obtained the construction permit and will be the third shopping center AFI Romania is developing in Romania. The shopping center will offer a total gross leasable area of 45,000 sqm, 80% of which is already leased, that will be combined with two additional Class A office towers totalling 25,000 sqm GLA. The overall investment for the mall and first office building is estimated to be over €120 million. The entire project is developed to be LEED Gold certified as a green building.

Construction of the new project has started at the beginning of this year and according to the company the opening date is estimated to be either at the end of 2018 or during the first quarter of 2019, depending on the pace of works.
“AFI Brasov represents a milestone in the company’s development strategy. We want to offer the city of Brasov and its inhabitants, but also to those who visit this beautiful tourist destination, the biggest and most modern shopping center, located in the heart of the city. We are convinced that once finalised, the project will become the new city center of Brasov and offering a great shopping experience. The perfect location, the connection of the main boulevard with all parts of the city and the exit towards Bucharest along with the access to public transportation makes this project an excellent mix for shopping, entertainment and leisure, which at the same time can answer the requirements of the local business and IT&C community,” says David Hay, CEO of AFI Europe Romania.
„The project will add about 2,000 new jobs to the city’s economy in addition to the new Class A office buildings that will be attractive to host multinational IT&C companies”, added Hay. The mall will have two main entrances, one from the main boulevard of the city (15 November Ave.) and a second entrance from the South part of the city, while the overall surface will be split on three levels. Parking access from each street will lead into a 1,700 parking places on -1 level and additional multi parking decks with 3 accesses.
AFI Brasov is the third shopping center AFI Europe developed in Romania, after AFI Cotroceni (90,000 sqm GLA) in Bucharest and AFI Ploiesti (34,000 sqm GLA).