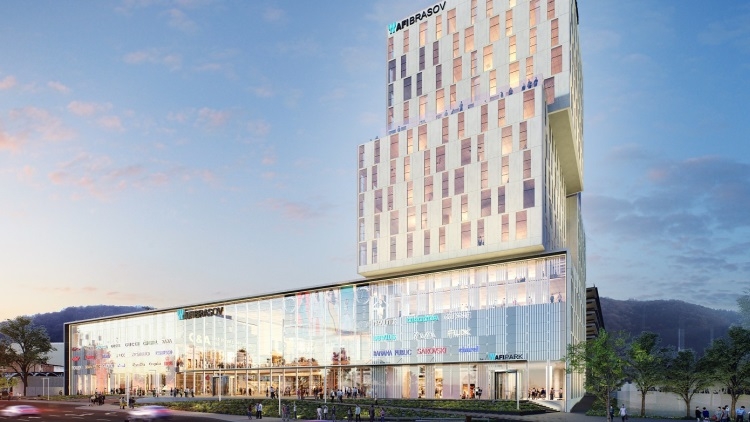 The mixed-use project that AFI Europe Romania is building in the city center includes AFI Brasov Shopping Center, with a total gross leasable area of 45,000 sqm GLA and the AFI Park Brasov office project, which comprises of two Class A office towers totaling 25,000 sqm GLA.
AFI Park Brasov will be integrated into the shopping center, designed to hold a LEED Gold Certification for Green Building.
„Technology and telecommunication companies remain the most active office occupiers outside Bucharest, with 75% of the gross take-up recorded within the first half of the year. This makes us very confident that AFI Park Brasov will be the next business spot in the heart of the city, especially for potential tenants from the IT&C, BPO’s and banking sectors. The ultra-city center location of the complex enables to the office tenants and employees the most convenient and the perfect combination between business and personal lifestyle by offering Class A offices on top of a shopping mall in the City Center”, said David Hay, CEO AFI Europe Romania.
AFI Park Brasov is the third office project that AFI Europe is developing in Romania, having developed the 70,000 sqm GLA AFI Park which is 100% occupied and AFI Tech Park business campus, the 56,000 sqm GLA Class A offices in the Center-West side of Bucharest which is currently under construction.