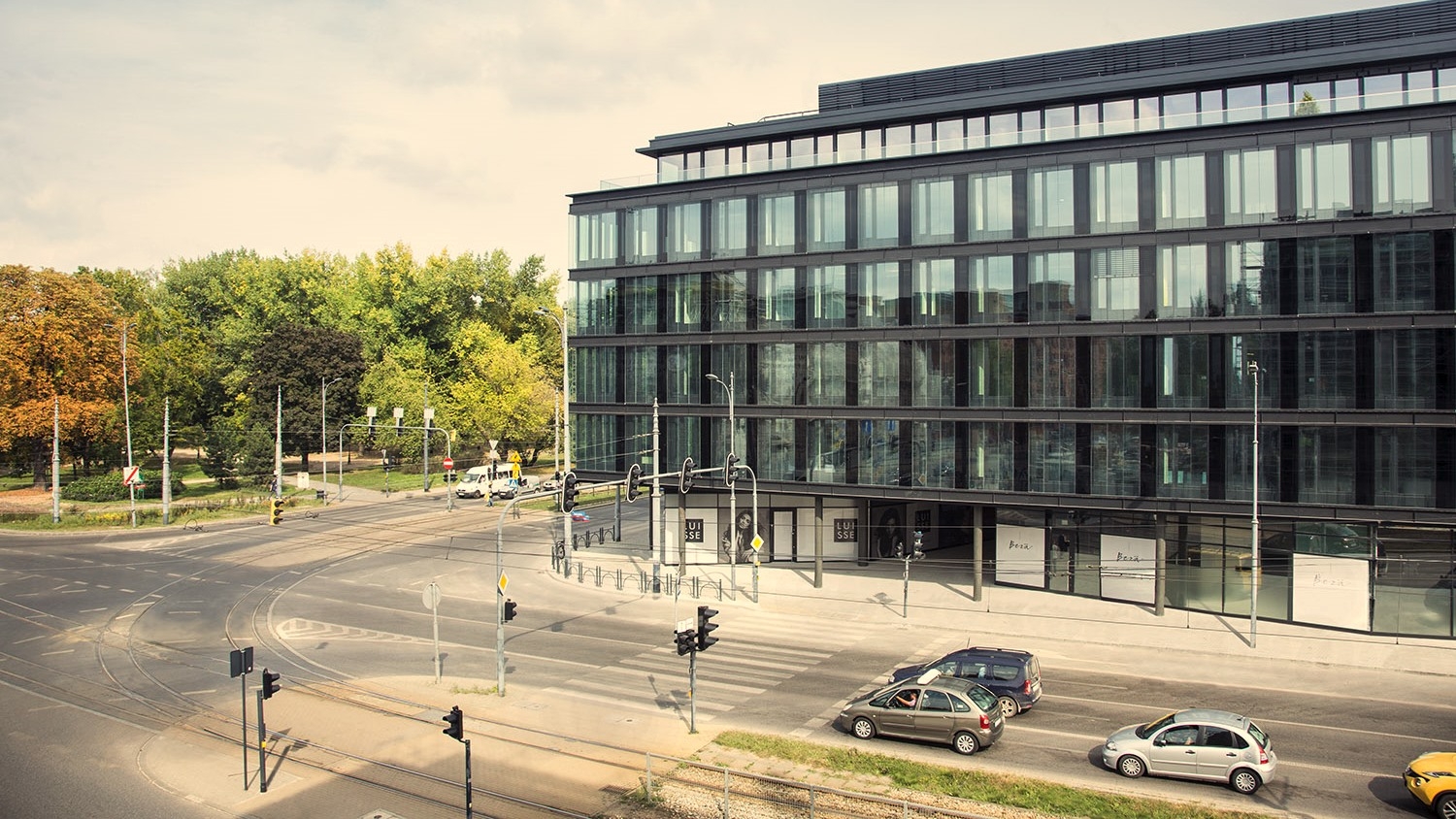 Warimpex officially opened Ogrodowa Office, a modern office building in the centre of Łódź, located in the vicinity of Piotrkowska street, the Manufaktura, and Vienna House Andel’s Łódź. The building provides more than 28,000 sqm of space, of which nearly 4,000 will be occupied by commercial and service outlets as well as food amenities. The building has received the occupancy permit and the first tenants of office and service premises have already moved in.

The structure of Ogrodowa Office includes two bodies made of five and six above-ground storeys, whose glass façade reflects the historical division of plots and refers to the variety of architectural styles of Piotrkowska street. The two main office lobbies can be entered via the interior passage.
The building was designed to fit in with the surrounding architecture while complying with top quality standards and using state-of-the-art technology solutions. Ogrodowa Office combines the aesthetics of architecture with functional spatial solutions. The building also adopts a number of green solutions, allowing for, among others, energy efficiency. In addition, there are locker rooms and showers for those who cycle to work. The underground car park will provide spaces for 326 cars as well as electric car charging stations. The office building will apply for a BREEAM certificate.
In the process of acquiring tenants in Ogrodowa Office, WX Office Development 2 - a company belonging to Warimpex, the owner of the building, is represented by consulting company CBRE.
There is still office space available for rent in the building. So far, the tenants include MakoLab S.A., PwC Polska Sp. z o.o., Bank Handlowy w Warszawie S.A., doing business as Citi Handlowy, and Harman Connected Services Poland Sp. z o.o. The Łódź-based building will offer a number of functions and service outlets. Among others, PKO Bank Polski and Luisse hairdresser’s will open their branches here. The building will also host food amenities such as a cafe, confectioner’s, bakery, and Meating Point restaurant.