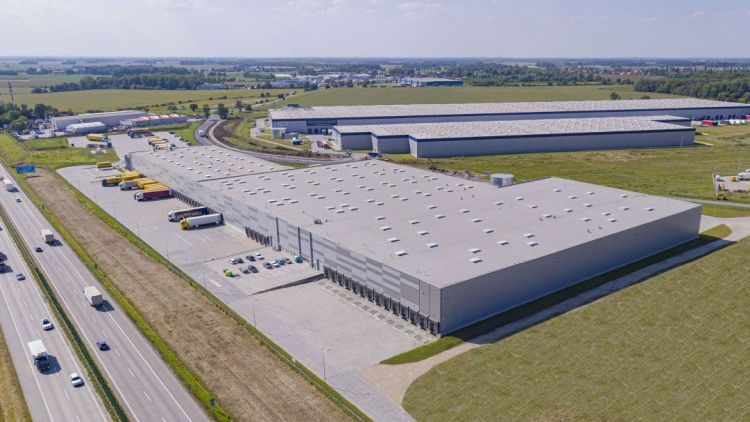 Korean logistics company Unico Logistics has leased 11,250 sqm of space in the newly built hall at BIK Park Wrocław. The investment carried out by Biuro Inwestycji Kapitałowych near Wrocław will provide a total of 22,500 sqm of modern warehouse space. The commissioning of the ready-made facility is planned for September this year. The offer also includes free warehouse modules for rent.


The logistics company Unico Logistics has signed a contract for the lease of 11,250 sqm of space in a newly built hall as part of BIK Park Wrocław. The spaces will be used entirely for warehousing purposes. The tenant is already using nearly 4,400 sqm of space in the first hall built in this logistics centre near Wrocław. At the same time, it has nearly 210 sqm of modern office space at its disposal.

Unico Logistics is a Korean logistics operator that has been operating in the European market since 2010. The Unico company provides services in the field of broadly understood logistics. Successively expanding the range of services by opening new operational offices and renting new warehouse space.

"Our logistics centre is rapidly gaining popularity. A great advantage is a perfect location near the A4 motorway exit, which provides great access to the investment. The first hall, built two years ago, remains fully leased. Now we are building a second hall, which will be put into use in the third quarter of this year. We are very pleased with the signed contract and the possibility of offering our existing tenant additional space. It will cover half of the newly constructed facility. The other half is still free, although we are conducting preliminary negotiations with interested parties," says Krzysztof Mucha Business Development Manager from Biuro Inwestycji Kapitałowych S.A.

Works involving the expansion of BIK Park Wrocław began in early spring this year and are moving forward quickly. The commissioning of the new hall is planned for September this year. The general contractor is Atlas Ward.

The new warehouse hall will provide 22,500 sqm. As part of the first stage of construction completed in 2020, 25,000 sqm of modern warehouse space was created, which is now fully commercialized. After completion of construction works, the target warehouse and office space of BIK Park Wrocław will total 47,500 sqm. The logistic centre is situated on a plot of 11.7 ha.

The modern logistics centre is located in Nowa Wieś Wrocławska (Kąty Wrocławskie commune), in the vicinity of the A4 motorway exit - Pietrzykowice junction. It is an ideal location for a warehouse for servicing the Wrocław agglomeration, and thanks to direct access to the motorway, also the rest of Poland and the German market.

BIK S.A. is a Polish logistics developer belonging to the NREP NSF IV investment fund. The activity of BIK is supervised by Logicenters - the NREP logistics platform.