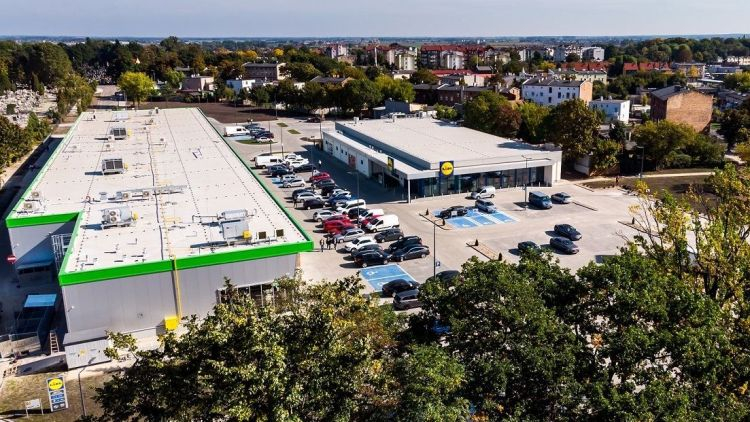 Trei Real Estate GmbH, an international developer and asset holder for residential and retail real estate, has opened its 27th retail park of the Vendo Park brand in Poland. The property is located in Inowrocław in the Kuyavian-Pomeranian Voivodeship. The town lies on the bank of the River Noteć 100 kilometres north-east of Poznań, has a population of around 70,000 and is renowned for its saltwater baths. The new retail park, which is let to nine retailers as well as to a supermarket, provides a total leasing area of 5,000 square metres and a total of 242 car parking spots. The investment volume adds up to a total of €6.4 million..


In addition to food retailer Lidl, the units are occupied by outlets of KiK (textiles and interior decoration), Action (electronics and appliances), Maxi Zoo (pet supplies) and Sinsay (apparel). The new Vendo Park is the second retail park in the Kuyavian-Pomeranian Voivodeship after the one in Solec Kujawski opened for business last summer.

Pepijn Morshuis, CEO of Trei Real Estate, commented: “Since the beginning of the year, we managed to open six new Vendo Parks with a combined leasing area of 30,000 square metres. This goes to show that demand for retail parks remains strong in Poland, especially in small and mid-size cities. This was confirmed by our market analysis of 2021, which we compiled in collaboration with JLL for the second consecutive time: 2021 may well become a banner year for Poland’s retail sector, with 209,000 square metres of leasing area in new retail parks completed.”

The latest addition brings the Vendo Park portfolio of Trei up to a total of 37 assets, thereof 27 located in Poland. It is planned to open another two Vendo Parks before the end of this year, one in Chorzów and the other in Radzymin. Also worth noting is that the retail park in Pułtusk was enlarged.