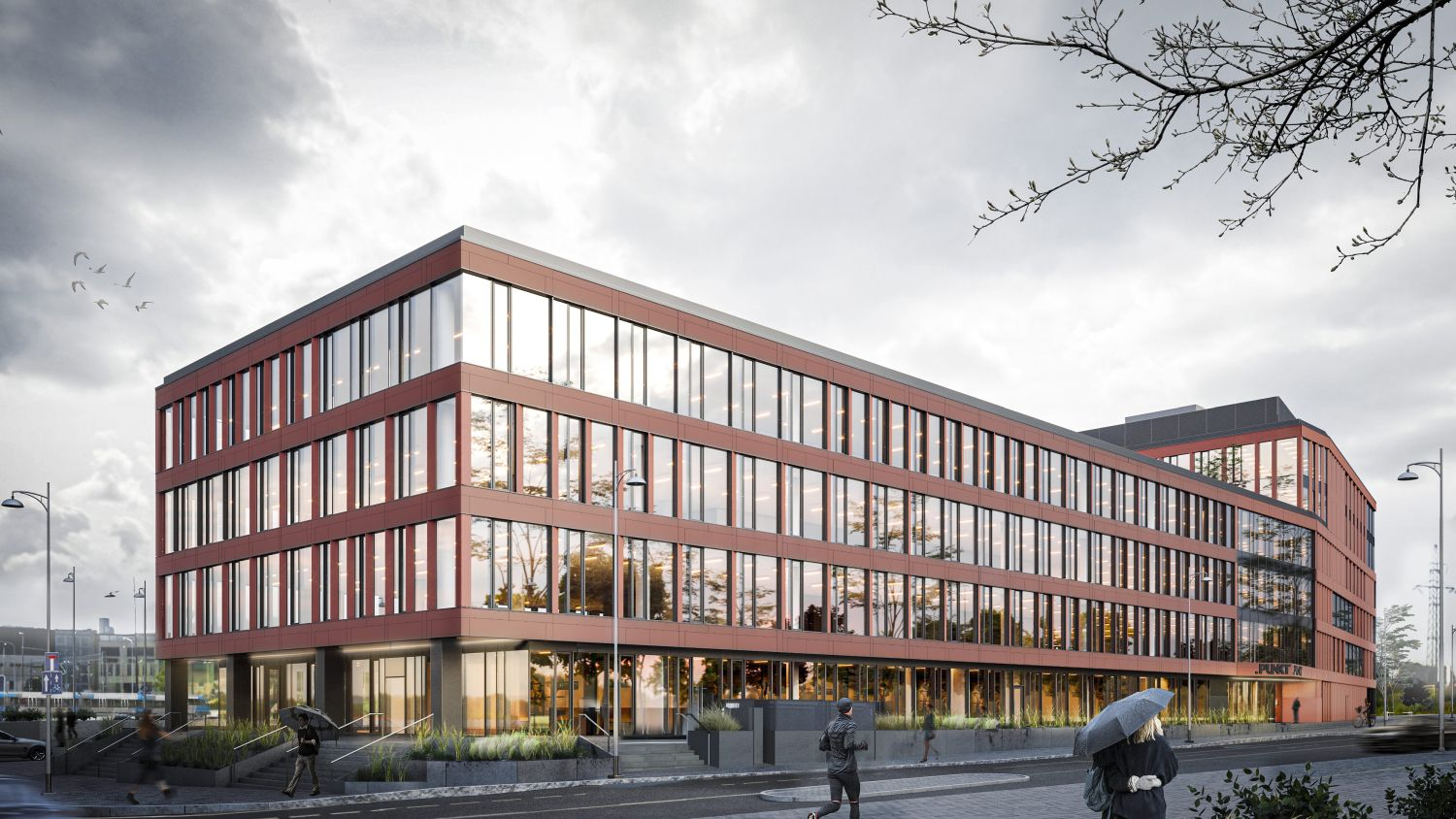 The construction of the Punkt (Point) office building has begun in Wrzeszcz district of Gdańsk. This is a new and - after Officyna - another investment conducted by Torus in this part of the city. The building will offer nearly 13,000 square metres of leasable area


"The pandemic has changed a lot on the office market and put many investments on hold, but I believe in a relatively quick recovery. In the short term, we are probably not likely to observe spectacular increases, but as soon as the situation allows business to release the brakes, it may quickly turn out that well-located and high-quality office space proves to be a scarce commodity in the Tricity", says Sławomir Gajewski, president of Torus.

Punkt is a  office building with six overground and one underground storey, with a total leasable area of ​​12,781 square metres (GLA). The ground floor houses commercial premises that will serve the needs of not just the in-house employees.

The building will be certified in the LEED v4 system.  It will also stand as a certified Object without barriers (‘Obiekt bez barier’) adapted to the free movement of people with disabilities.

Punkt will include the modified system of air handling units, thanks to which the possibility of spreading various types of pathogens such as bacteria or viruses has been virtually eliminated. It will also be distinguished by: the 3-metre height of office rooms, tilt windows, individual temperature control system, building application with a number of practical functions (facilitating access to the building, among others), and full infrastructure for cyclists. A terrace has been designed on the fourth floor, which will serve as a place of relaxation and rest for employees. There are 283 parking spots planned in the investment, including 83 of underground spaces.

The building is located next to popular shopping malls (Bałtycka and Metropolia), and is well-linked - nearby the Commuter Train Railway Station/Pomeranian Metropolitan Railway Gdańsk Wrzeszcz, close to numerous bus and tram stops. Getting to the centre of Gdańsk Główny takes only a few minutes from this location, while in a quarter of an hour you can reach Sopot or the Lech Walesa airport.

The design of the building was carried out by APA Wojciechowski Trójmiasto. The scheduled completion date of the investment is the second quarter of 2023.