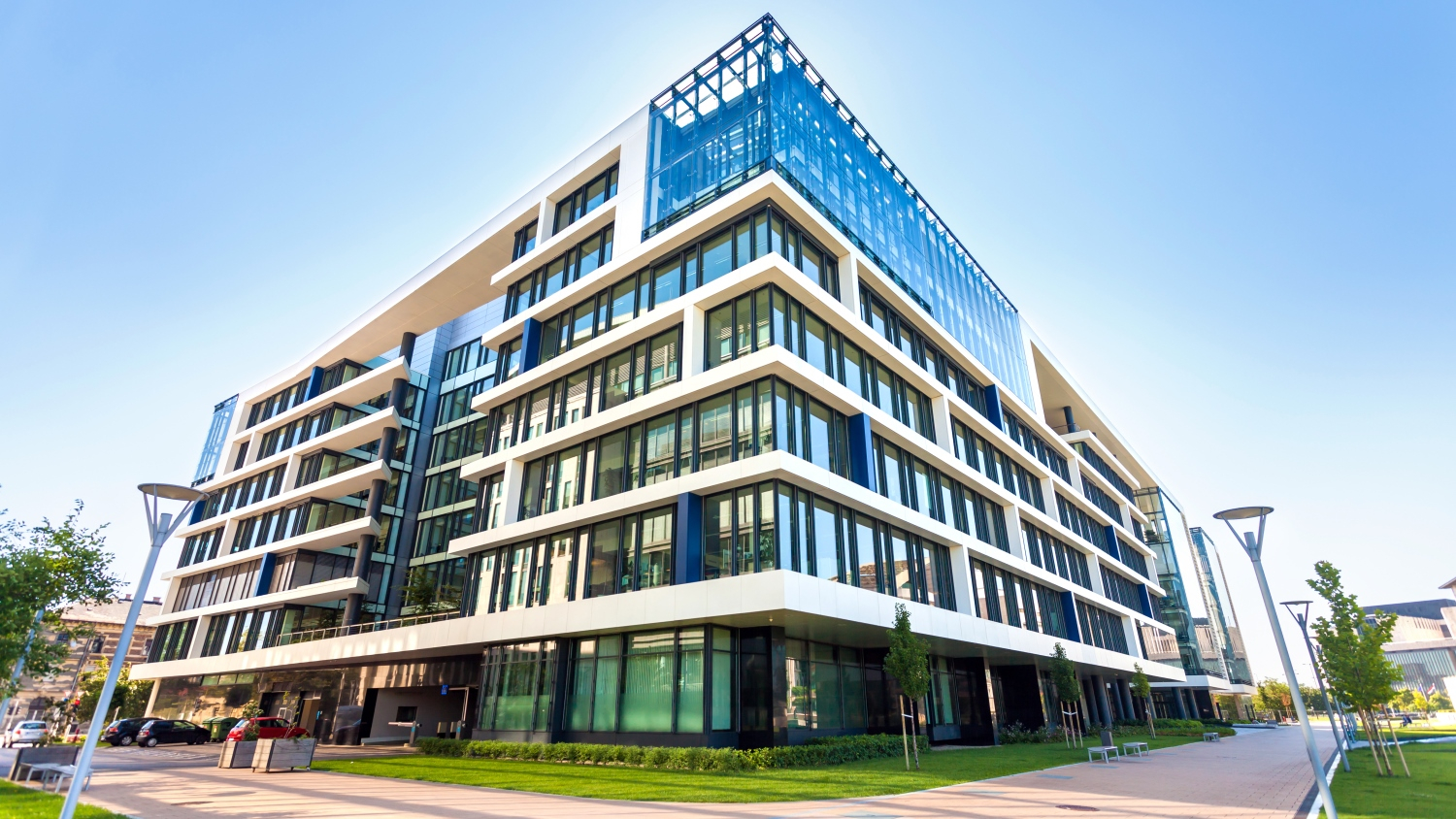 In Q4 2018, the modern Budapest office stock was extended by four new office buildings (44,265 sqm). HillSide Offices (21,925 sqm), Tópark Offices (15,355 sqm), Pasaréti Irodaház (5,870 sqm) and Societé Budapest (1,120 sqm) were delivered to the Budapest office market. Moreover, in Q4, two former Magyar Telekom headquarters (30,545 sqm) were transferred from the owner-occupied stock to the speculative stock, due to their change in operation.
The total modern office stock currently adds up to 3,628,105 sqm, consisting of 3,018,390 sqm Class A and B speculative office space as well as 609,715 sqm owner-occupied space. 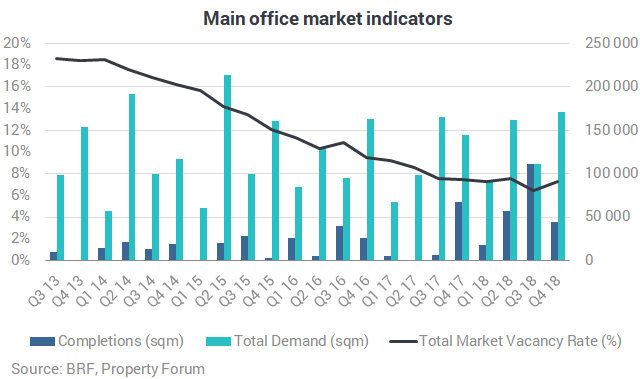 In Q4 2018, the office vacancy rate stands at 7.3%, representing a 90 basis points increase quarter-on-quarter and a 20 basis points reduction year-on-year. Similarly, to the previous quarter, the lowest vacancy rate was measured in the Non-central Pest (3.4%) submarket. The second lowest vacancy rate was registered in the Váci Corridor submarket (4.3%). The Periphery still suffers from an overwhelmingly high vacancy rate. (38%)
Total demand in the fourth quarter of 2018 reached 171,490 sqm, representing a 19% growth year-on-year. The total annual demand amounted to 535,560 sqm, which means the annual demand reached the record volume registered in 2015.
In the fourth quarter, the largest share of the total demand was 36.2%, taken up by new lease agreements. Pre-leases accounted for 26.3%, renewals made up 25.3% while expansions represented 12.2% of the total leasing activity.
Similarly, to the previous quarter, the strongest occupational activity was recorded in the Váci Corridor submarket, attracting 38% of the total demand. The Váci Corridor was followed by North Buda with a share of 15%. The CBD submarket holds a share of 13%, while South Buda reached a share of 11% in the total demand.
According to the BRF, 202 lease agreements were signed in Q4 2018, with an average deal size of 849 sqm. BRF registered 34 transactions occupying more than 1,000 sqm office area split into 8 pre-leases, 10 renewals, 12 new transactions and 4 expansions.
The quarter’s largest transaction was a pre-lease agreement concluded by Raiffeisen in Agora Tower on 19,300 sqm. The largest renewal was signed in North Buda submarket on more than 10,000 sqm. The largest new lease contract was registered for 6,200 sqm in White House, while the largest expansion was signed for 2,300 sqm in Váci 33.
The net absorption in the fourth quarter amounted to 6,350 sqm. The annual net absorption totalled 228,380 sqm which is 79% higher figure than the volume registered in 2017.
The Budapest Research Forum (BRF) comprises CBRE, Colliers International, Cushman & Wakefield, Eston International, JLL and Robertson Hungary.